One trader in New York, who asked not to be named as he isn’t authorized to speak publicly, said the buying earlier this week was dominated by accounts taking off bets against long-maturity debt, as popular so-called steepener trades are pared down. A flurry of Treasury futures action on Thursday offers further evidence that investors are unwinding these wagers or calling it quits.

Positioning for a steeper yield curve, where rates on long-dated debt rise more than those on shorter Treasuries, has been a hot strategy in bond markets in recent months on the expectation the Federal Reserve would take a more relaxed approach on inflation -- something that came to fruition at a virtual Jackson Hole confab on Aug. 27. Yet even as Wall Street strategists reiterated their “steepener” recommendations, 30-year yields have fallen more than 15 basis points to 1.35% Thursday, having risen from 1.22% at the start of April.

The yield curve spreads, whether one looks at the difference between the 10-year and the 2-year or the 10-year and the 3-month both share a key similarity following inversions. They have both surged higher to approach wides of between 250 to 300 basis points during recessions. That has not been possible on this occasion because central banks have not had room to cut interest rates by that much and bond yields are too low to create that wide a spread. 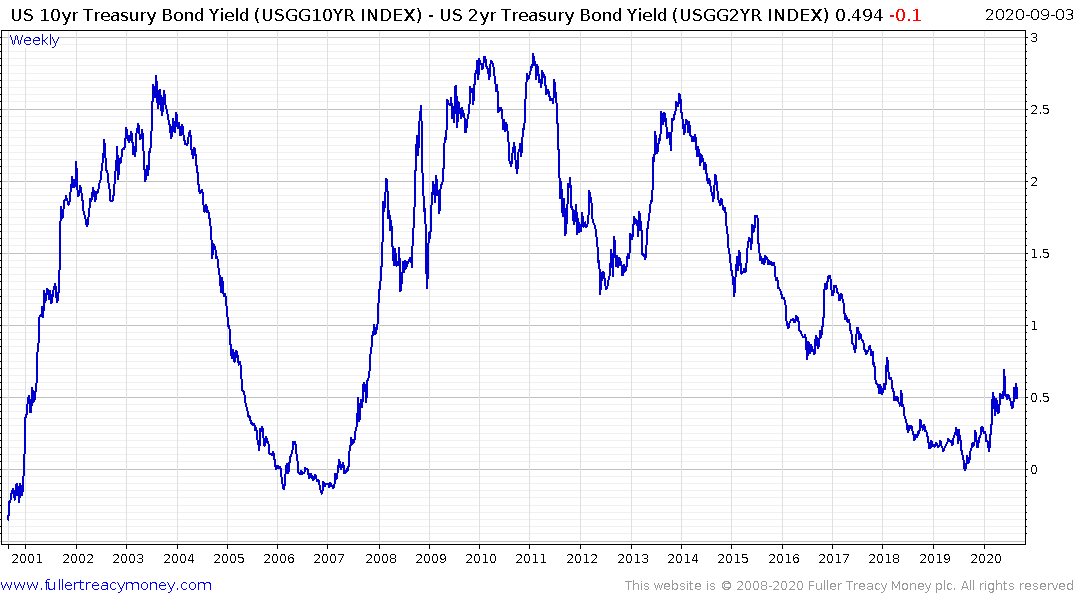 The surge in the yield curve spread usually coincides with the most aggressive selling in the stock market. The Federal Reserve has said they are not engaging in yield curve control but the market is behaving as if they. The spread between ranging between 35 and 70 basis points since April. 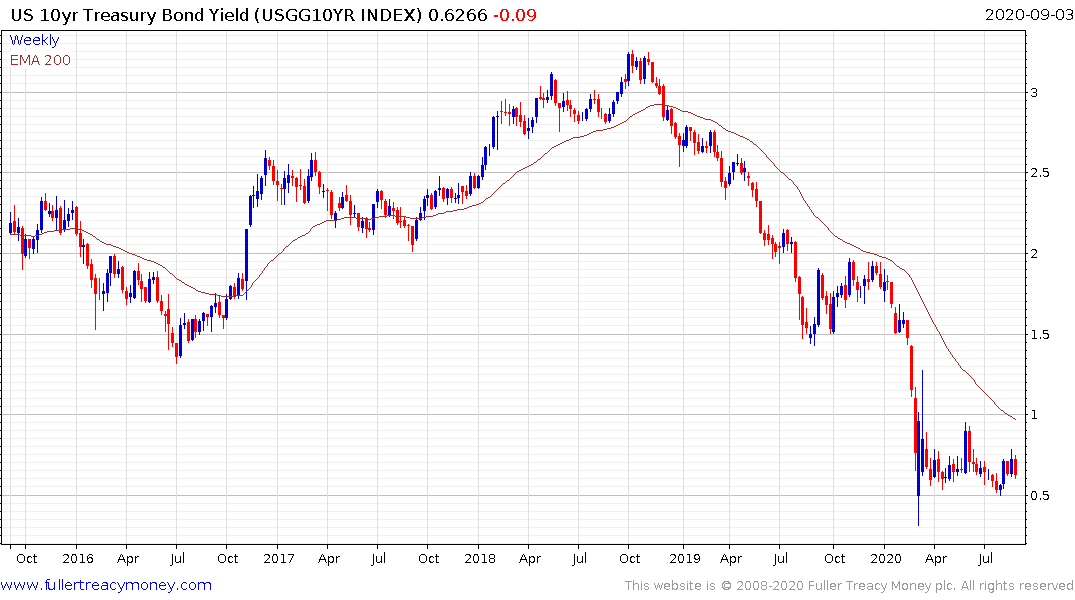 The only way the spread can widen significantly would be for the yield on the 10-year to explode higher without a coincident move on the short end of the curve. Inflation and or a very steep decline in the Dollar could be possible catalysts for such a move but neither looks pressing the short term. They do, however, represent medium-term risks that will requite additional significant liquidity injections to support asset prices.