A Generational Change at the Fed
Comment of the Day

A Generational Change at the Fed by Eoin Treacy

Expect more aggressive rate cuts and market multiple expansion. The implication of a generational shift in how the Fed fears LOWER inflation more than higher inflation suggests an adoption of more aggressive rate cuts now vs. taking a wait and see mode. Fed Chair Powell and other regional presidents such as Neel Kashkari and James Bullard have made it clear the risk is to not ease enough and wait too long to address the implications of stubbornly low inflation that could cause sustainably lower rates and poor growth. Ultimately, this likely means our 2020 S&P 500 (SPX) target of 3350 based on a multiple expansion to 19x our SPX Operating EPS estimate of $176 could likely be overly conservative. Again, our multiple assumption is based on the average multiple of 19x when the Core PCE is between 13% (Figure 7), and if the Fed becomes more accommodative investors are more likely to return to that level sooner rather than later. It is also important to remember this is not an academic study; the SPX Operating Earnings P/E was over 19x from the third quarter of 2016 until the market saw a 19.8% drop late last year (Figure 8). 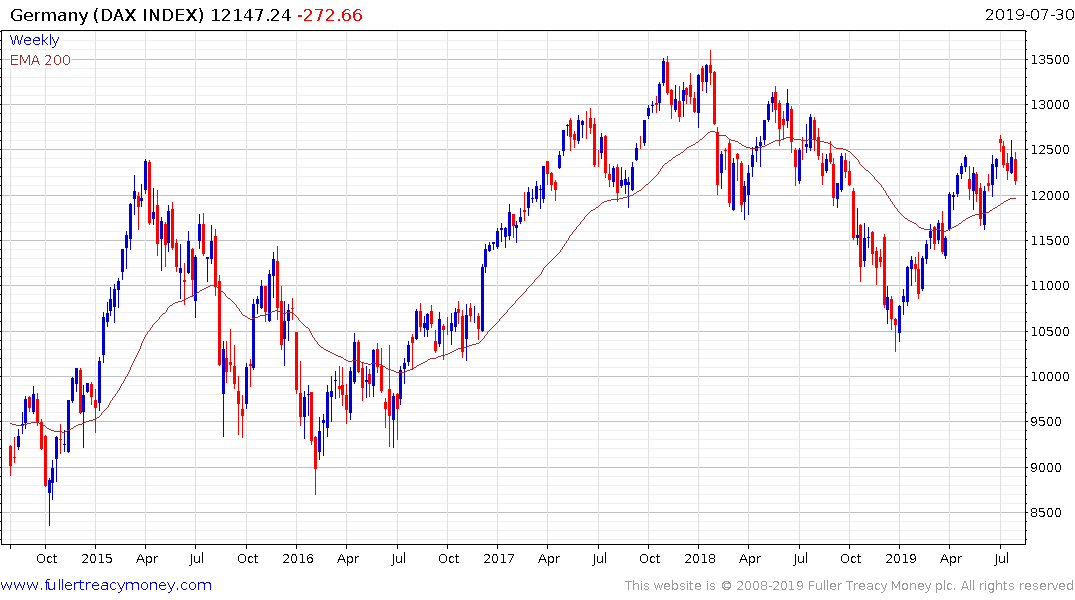 The global economy has slowed meaningfully, Germany is flirting with a recession and China’s economy is suffering from the trade war. All other factors being equal it would be very hard for the Fed to continue to raise rates against that background. The upward pressure that would put on the Dollar would unwind any relative strength argument that is supporting the USA’s growth differential. Therefore, the Fed is at the top of the interest rate cycle and regardless of whether they cut by 25 or 50 basis points tomorrow, a new trend of cuts rather than hikes is emerging.

The fact that the US economy is still growing, with low unemployment and a less leveraged, confident consumer base suggests the risks are on the upside. The fact Wall Street continues to hold the breakout to new highs supports that view. What I find particularly interesting are the modest targets 18-month targets of even the most bullish analysts are quite modest at about 10%. If the breakout is sustained a 10% move on the upside could occur within months rather than years. 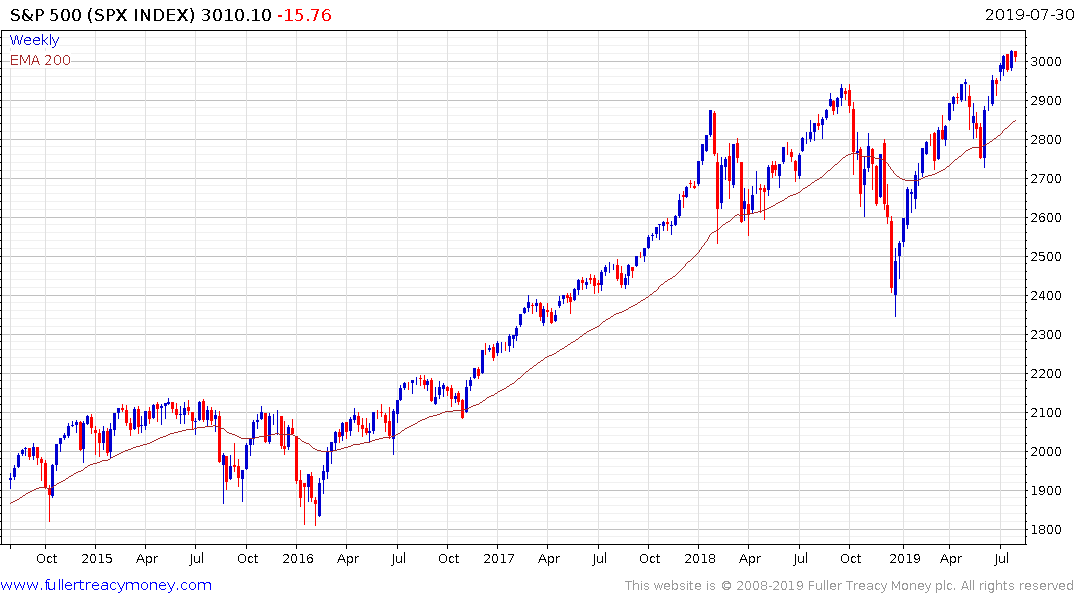 The broader point is it is arguable whether the USA does in fact need an interest cut but it is getting them anyway because of slowing global growth and the uncertainty arising from the trade war. With no central bank raising rates anywhere in the world today and global plans for monetary and fiscal stimulus we are the point where bubble valuations are possible.