A $13.5 Billion SPAC Sensation Will Buy Your House
Comment of the Day

A $13.5 Billion SPAC Sensation Will Buy Your House by Eoin Treacy

When the Vision Fund last invested in 2019, it valued Opendoor at just $3.8 billion. This year, Social Capital Hedosophia Holdings Corp II, a SPAC created by former Facebook Inc. executive Chamath Palihapitiya, decided it was worth $4.8 billion (excluding its cash). Since announcing the merger with Opendoor in September, the price of shares in Palihapitiya’s SPAC has more than doubled. This means Opendoor’s enterprise value has risen to about $13.5 billion, even before the transaction is complete.

Palihapitiya and his investment partner Ian Osborne have put more of their own money — about $169 million — into Opendoor than is customary in a SPAC deal. At the current share price, they’re set to achieve a spectacular four-times return on that invested capital.

It’s hard to see how the company’s fundamentals justify such returns. Opendoor said the SPAC transaction valued it at a 1x multiple of its revenue (the value of the houses it sells, plus any ancillary services). But once you deduct the cost of acquiring and renovating the houses, the company generated just $300 million in gross profit last year — a paltry 6% gross margin.

Startups have waited a decade to list on the stock market. They didn’t have to. The conventional reason to list is because it is the only large source of funding available for small companies to fuel growth. Equity is an expensive source of capital for companies and private funds were a lot easier to come by since the financial crisis.

None of that has changed. Interest rates are rock bottom and credit is abundant yet private companies are rushing to list. However, there have been so many SPACs listed in the last year it is difficult to keep up. The rush to list reflects a clear example of management teams and early investors to cash out now before interest rates rise. The best time to sell your company is when you think you can get more for it than you believe it is worth.

In the next week both ANT Financial and Airbnb are expected to list. That represents a significant source of additional supply hitting the market at a combined market value of about half a trillion. At the same time buybacks have taken a serious hit this year. The net result should mean that the supply of stock is increasing. That’s what we should expect in a bull market. It also means that the interest rate sensitivity of the market is also increasing. 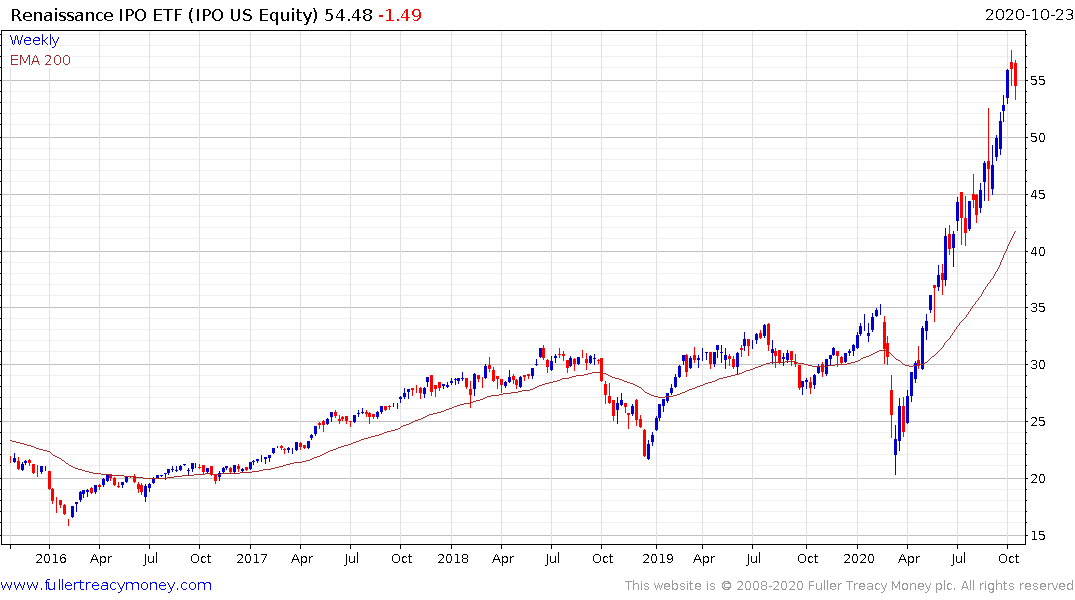 The IPO ETF has surged higher since March and a break in the short-term sequence of higher reaction lows is likely to mark a peak of medium-term significance. 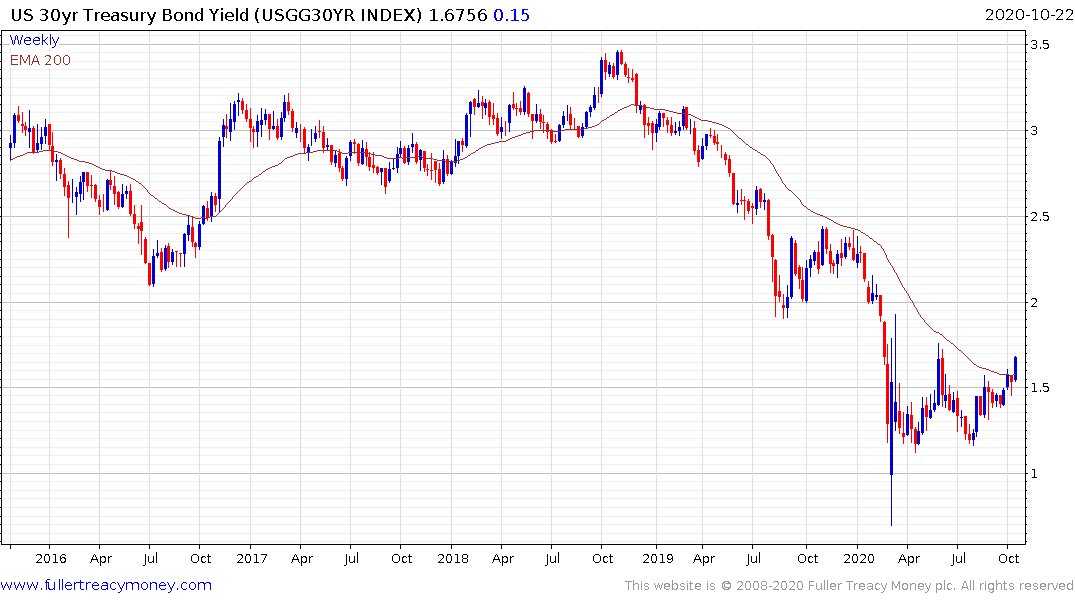 30-year yields eased today from the region of the June and March peaks. However, a break in the near-term sequence of higher reaction lows will be required to question supply dominance.