The majority of 3-D printer start-ups were acquired by 3D Systems and Stratasys between 2012 and 2014. However they experienced indigestion when they tried to absorb all of these varying pieces of technology and their shares collapsed.

The release of Autodesk’s 3-D printing solution acted as an additional headwind not least because it is also a leader in computer aided design software. Its share has been subject to some quite extreme volatility over the last year but remains mostly rangebound. It has developed a short-term overbought condition over the last seven weeks so there is room for some consolidation, but a sustained move below $45 would be required to question medium-term potential for additional higher to lateral trading. 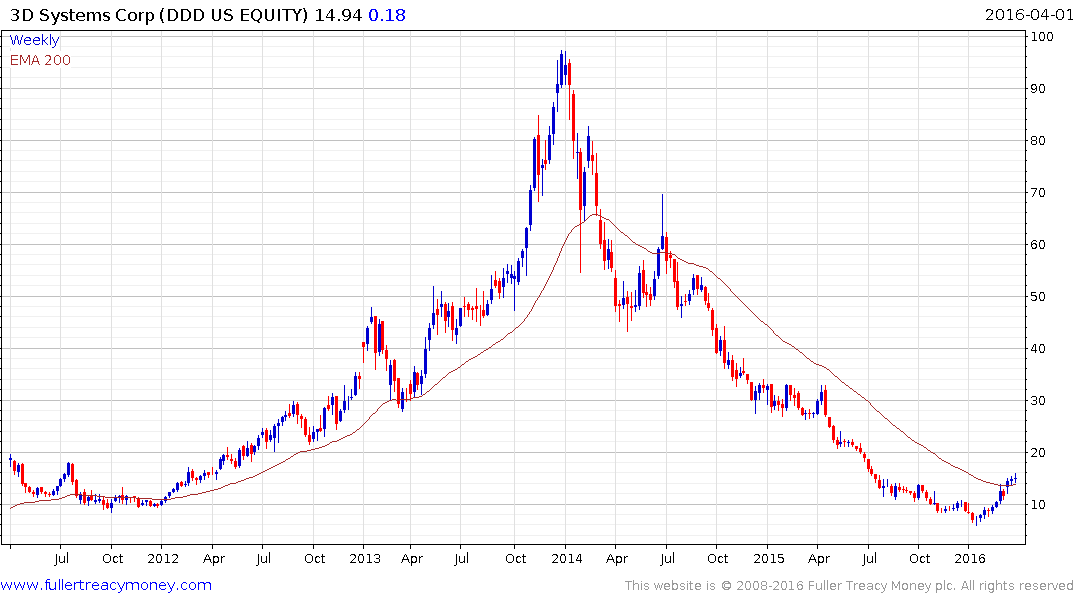 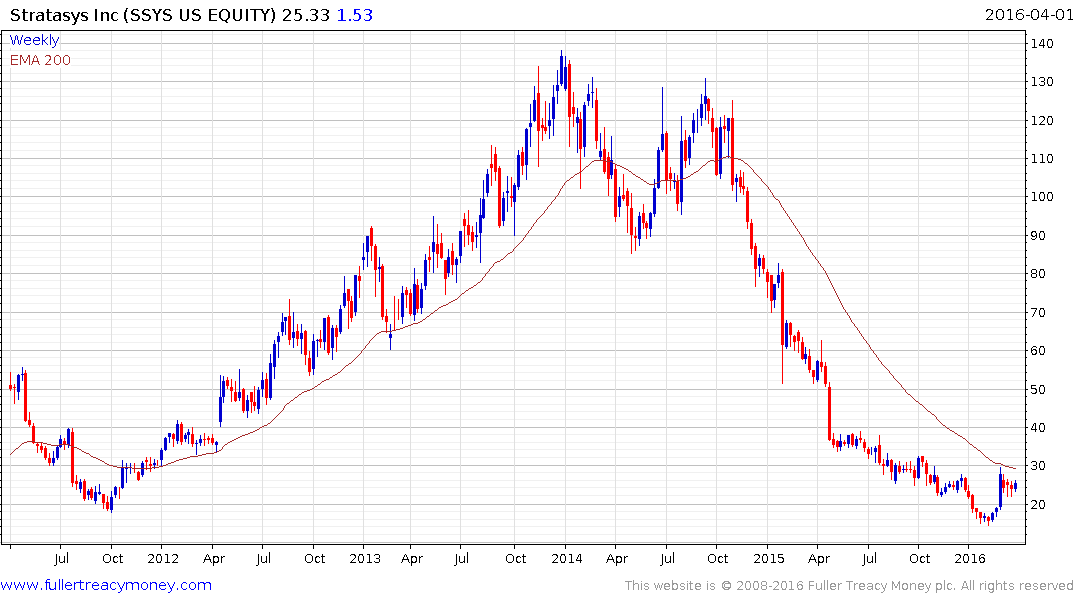 3-D Systems and Stratasys both collapsed from their respective 2013 peaks; falling 90% in the process. Both shares found support in January and have since closed overextensions relative to their 200-day MAs. Some consolidation is looking increasingly likely but a break in the two-month progression of higher reaction lows would be required to check momentum.