Q: Are the risks balanced? We raise our palladium forecasts across the board, moving towards our previous upside scenario, given compelling fundamentals and strong investor interest. Moves in either direction are likely to be amplified by liquidity issues, resulting in a choppy journey higher. Supply risks are likely to have a strong price impact on a market that is already perceived to be tight – robust fundamentals could mean that SA supply issues would be reflected more in palladium prices rather than platinum. On the other hand, periods of risk-off and pressure on broader commodities, could result in more of a drag to palladium prices, despite relatively unchanged fundamentals, given large exposure to the auto sector and high correlation with equities.

UBS VIEW: Fundamentals should underpin palladium's long-term uptrend, albeit with scope for interim volatility. We are bullish on palladium, expecting prices to continue rising as fundamental factors remain in focus. Bouts of risk-off could weigh on the market from time to time, especially given thinner liquidity conditions. We think dips should ultimately be viewed as strategic buying opportunities.

EVIDENCE: Signs of market tightness are evident. Palladium forwards remain in backwardation. Net imports to HK have been rising in the last several years, coinciding with growing palladium demand. ETFs remain heavy sellers, bringing global holdings back to levels last seen in about a decade. Low inventories and price spikes are raising concerns about sustainability of supply. Significant escalation in these concerns could strengthen the argument for substitution, but there is no strong evidence of this yet

Rather than ask whether fundamentals matter of what the outlook is, perhaps it is better to ask whether precious metals are an uncorrelated asset? The answer to the first group of questions is obvious yes, fundamentals do matter and the relative cost of production coupled with demand profiles are important to the market. However, the relative cheapness of the precious metals, excluding palladium, makes them attractive for investors seeking to hedge exposure to increasing volatility in other asset classes. 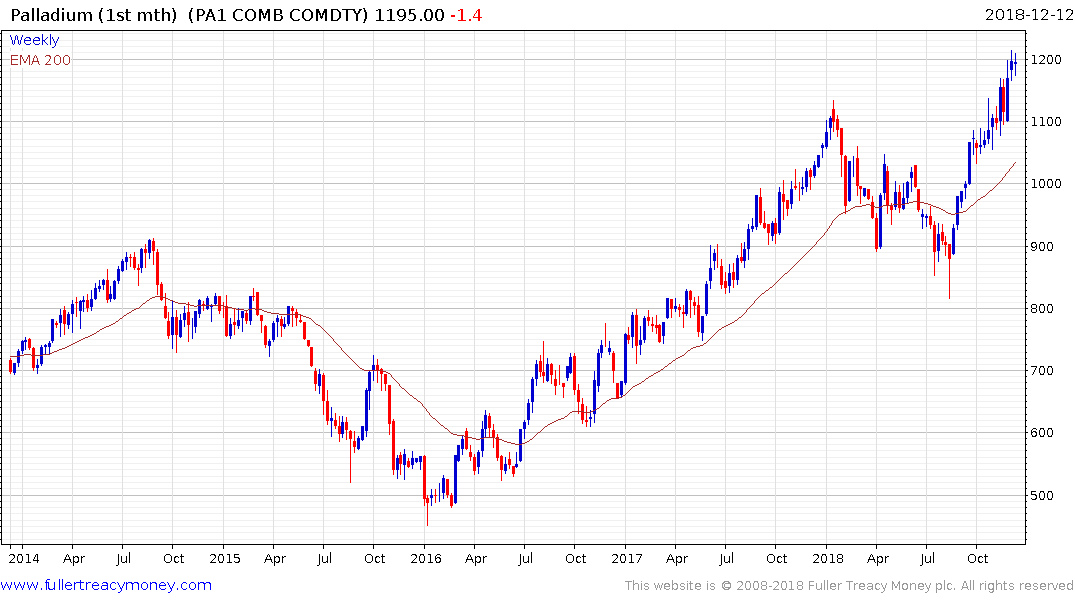 Palladium remains in a consistent medium-term uptrend and the benefit of the doubt can be given to the upside as long as it holds its sequence of higher reaction lows. 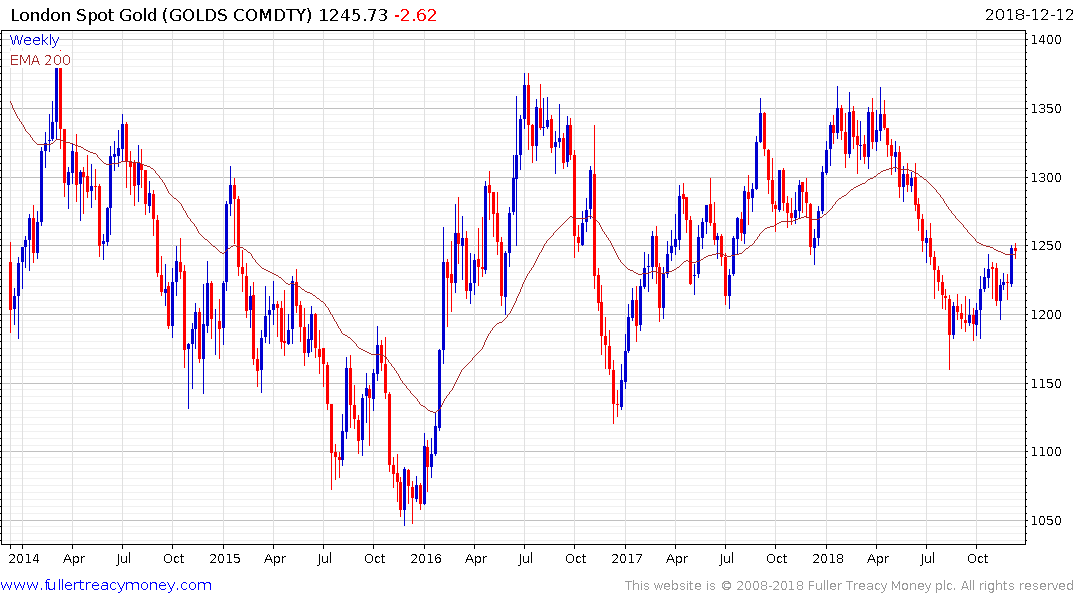 Gold has been hindered by the relative strength of the Dollar but has been quiet steady as its paused in the region of the trend mean. A sustained move above $1250 would begin to confirm a return to demand dominance beyond the short term. 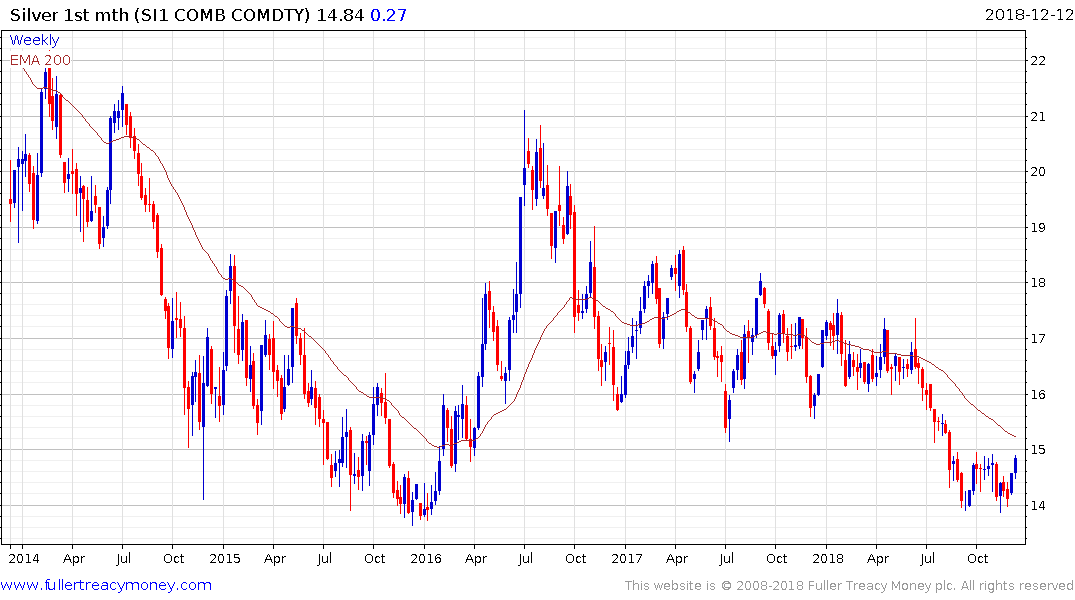 Silver has been ranging below $15 since August has that level now coincides with the region of the trend mean. A successful break above it would likely signal a return to demand dominance beyond the short term. 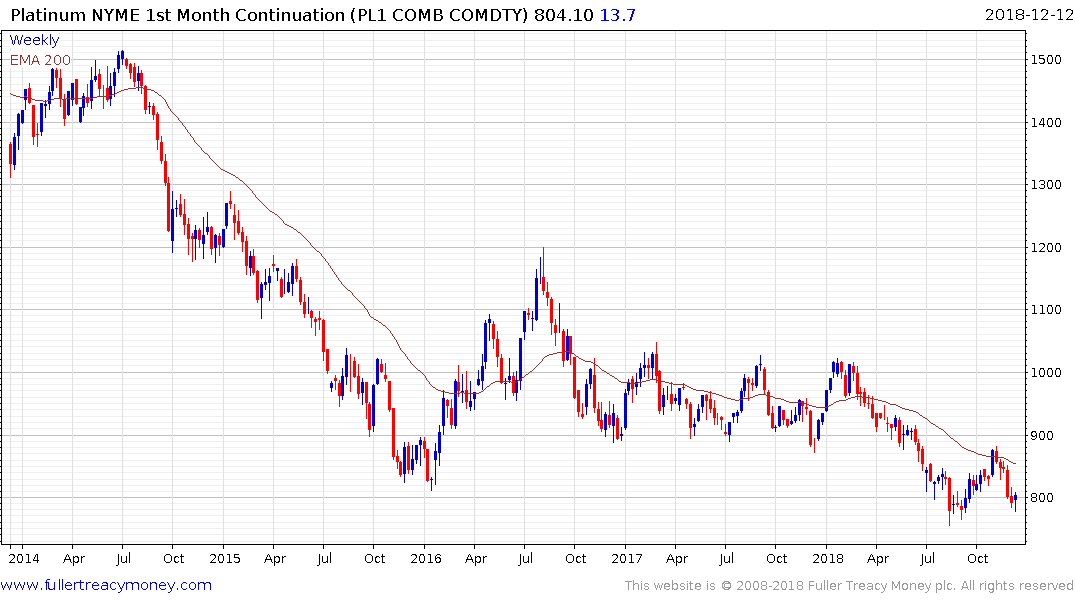 Platinum’s rebound failed in the region of the trend mean back in early November and it pulled back to test the psychological $800 level. Today’s bounce is the first evidence of a return to demand dominance above the August lows.