Here is a link to to the full report and here is a section from it:

2019: More thematic instability 2018 has been a tumultuous year.
The market has struggled to hold to any one theme. We have traded a weak USD via the twin deficit thesis, a strong USD on fears of the Fed ratcheting up rates. We have had a blow off top in emerging market assets, as co-ordinated global growth and decent liquidity provided a strong tailwind. And despite this we have ended the year with large EM under-performance and one of the largest portfolio outflows in the era of quantitative easing. Amidst all of this we have seen oil rise and fall, Brexit remain uncertain and Italy test the bounds of European unity. With geopolitics now playing a more significant role in determining price action, markets have also become more binary and less predictable.

Unfortunately, when we look to 2019, the landscape looks relatively similar. Over the past couple of years, we have found that when markets are trading in this fashion it is as important to understand the broader macro environment, as it is to understand the details of the theme that is dominating the markets attention. This is because the market’s reaction function to news is a derivative of the broader macro environment into which it lands. As such, we will focus on the macro – on the growth and liquidity preconditions – and on markets alignment with these broader factors once again. As such, rather than trying to predict what new surprise sits around the corner in 2019 we will weigh heavily on our top down framework as the masthead of our strategic recommendations, focussing on the ability of the market to absorb new information. If there is one thing we do know for sure – it is that much of what actually drove the day to day price action in 2018 was not on the radar at the end of 2017, but understanding the broader environment meant that, when news did hit the screens, the market’s reaction function was more predictable.

Australia and New Zealand are in an awkward bind. The deteriorating relationship between one of their biggest allies and the buyer of a large proportion of their exports is weighing on sentiment. The one redeeming quality is China doesn’t have a ready supply of iron-ore, coking coal or natural gas that is in such close proximity but it’s slowing economy is shifting perceptions of demand growth. 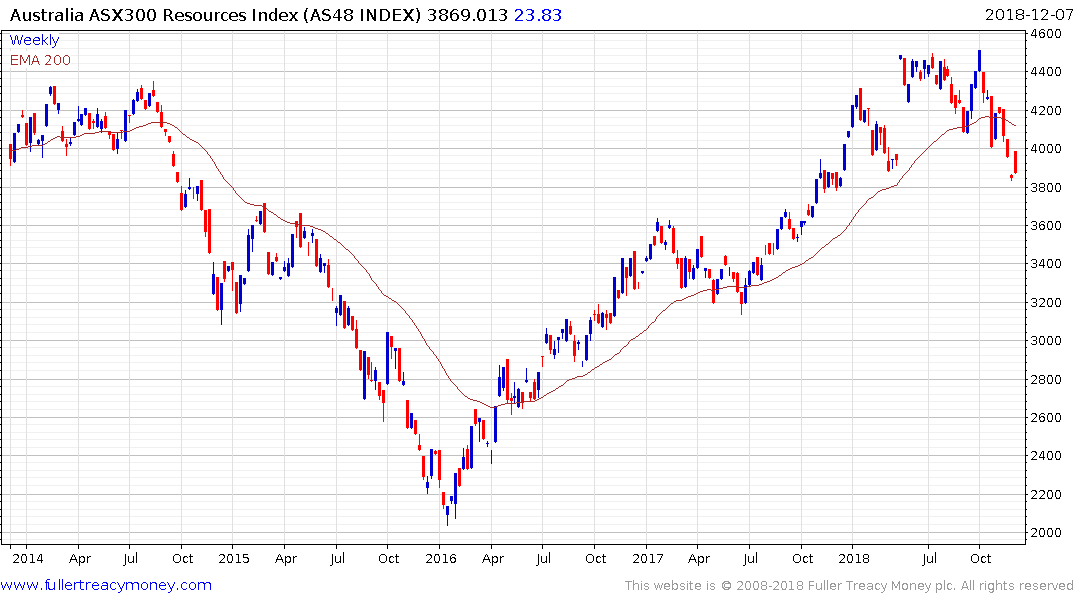 The S&P/ASX 300 Resources Index failed to sustain the move above 4500 in October and has held a progression of lower rally highs since to sustain a move below the trend mean and to break the almost 3-year uptrend. A sustained move above the 4200 level will be required to question supply dominance. 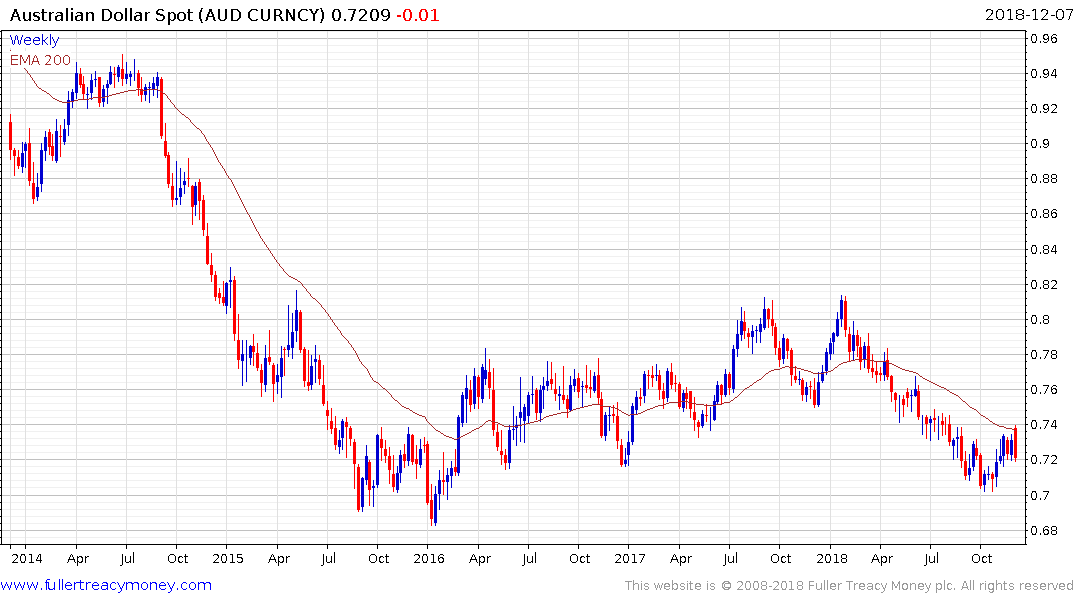 The Australian Dollar rallied over the last few weeks to test the region of the trend mean in what was the largest rally since last year. It has paused over the last few sessions not least because the RBA is inhibited in raising interest rates by the weakness of the housing market. The big question now is how well it can hold the low near 70. 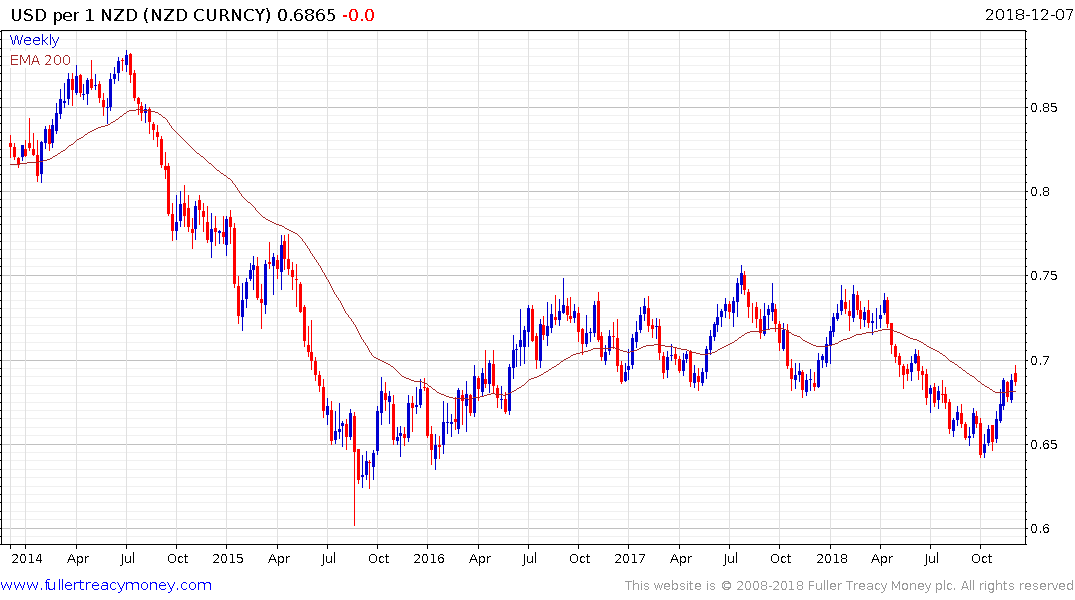 The New Zealand Dollar has been exhibiting relative strength but is pausing following its successful break above the trend mean. Ideally it needs to hold the region of the trend mean if a return to demand dominance beyond the short term is to be given the benefit of the doubt.