IntelligenceMine ranked the mines on an all-in sustaining costs or AISC per ounce basis rather than cash costs, a measure that excludes many overhead outlays and sustaining capital for mine development and ongoing exploration.

The ranking also excludes mine complexes and gold operations where the precious metal is produced as a byproduct (where through some clever accounting gold can be mined at negative costs) or companies that report gold-equivalent output.

The ranking is based on annual costs for 2015 since 2016 mine-level cost breakdowns are not yet available from most of the miners in the top rankings. Quarterly reported costs at the same mine can also vary widely so in order to find the consistent winners annual data was used.

The gold mining sector has gone through a lengthy rationalisation with the result that it is now easier to compile a list of low all-in cost miners. That has also contributed to the ability of the sector to offer leverage to gold prices since early last year.

There was a high degree of commonality in the sharp pullback in gold mining shares yesterday suggesting at least some profit taking ahead of the Trump speech this evening. One issue that might now be playing into the calculations of costs of production is oil. At the beginning of last year oil prices were close to half what they are today and energy costs are a major consideration for mining operations. . 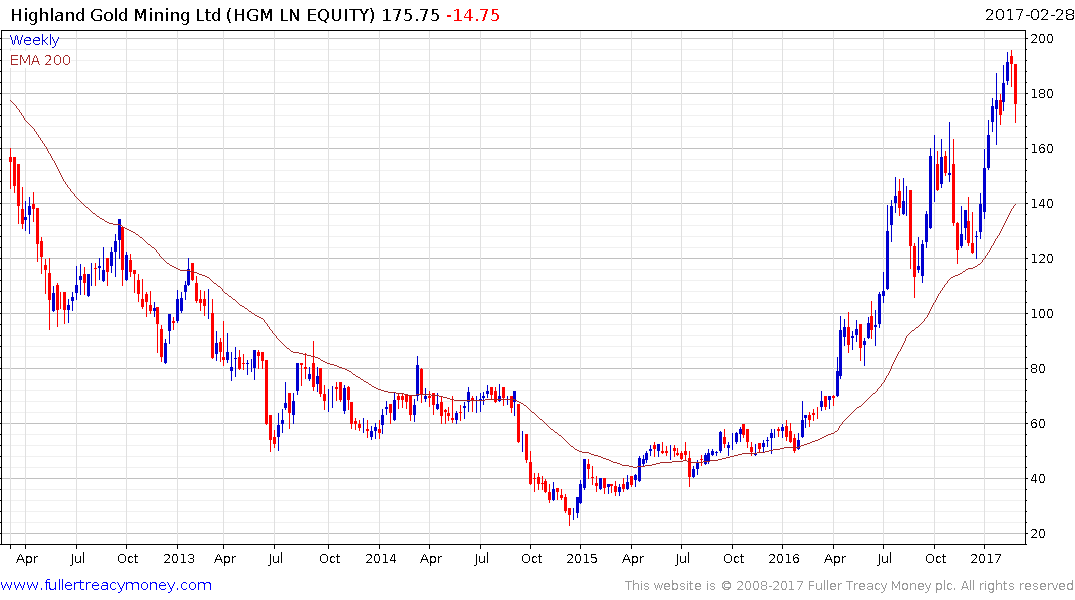 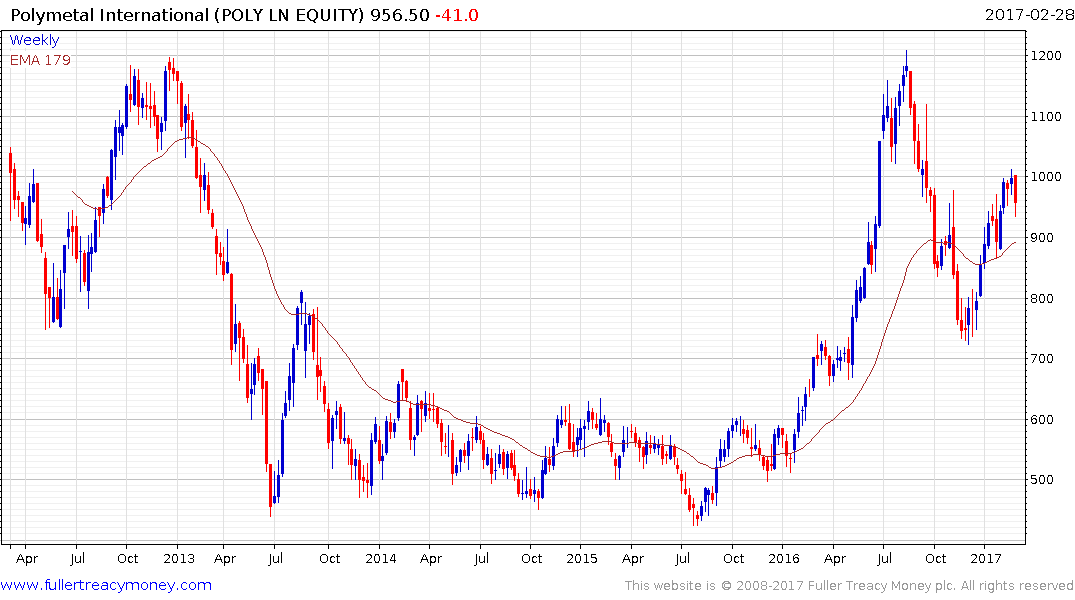 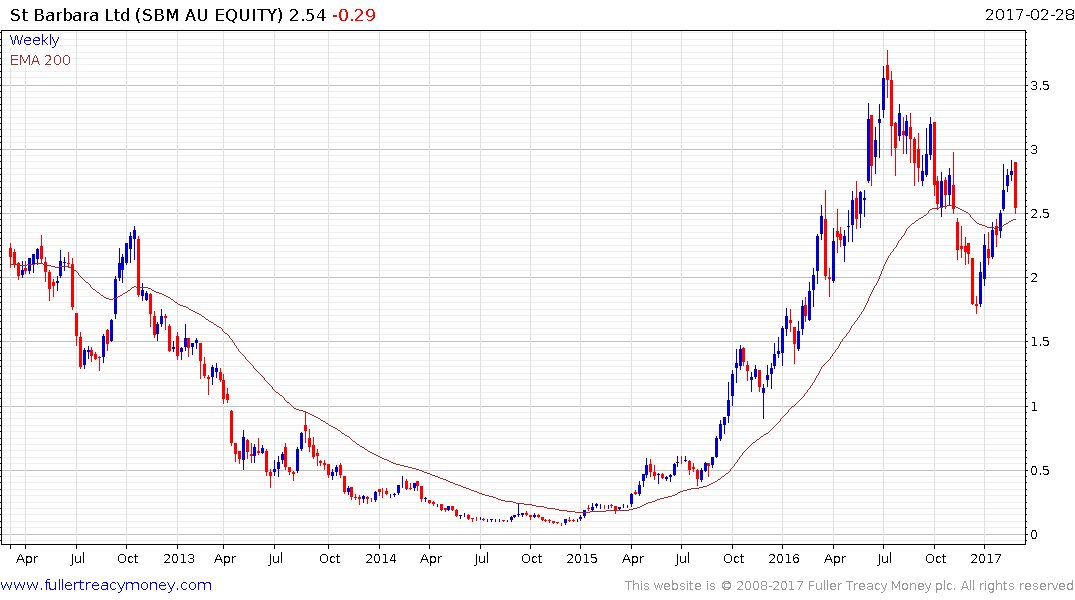 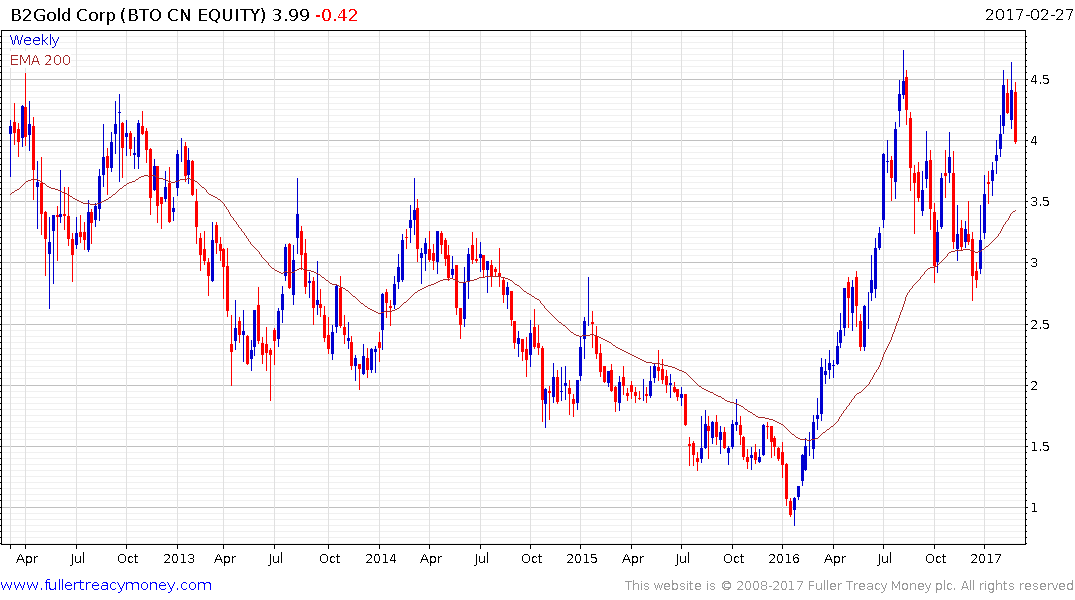 Highland Gold, St.Barbara, Polymetal International and B2Gold have short-term overbought conditions, are trading in the region of previous peaks and there is now scope for at least a further pause and possible consolidation of recent gains.

Since gold miners led on the upside, The extent to which they can hold their gains during this pullback is likely to have an influence on how well gold prices can rally.