“The eyes of the world are on Canada and Canadians should feel very proud, because people have been fighting for decades to make this moment a reality,” said Brendan Kennedy, chief executive officer of Tilray Inc., the largest cannabis company by market value.

After running up dramatic gains in the lead-up to legalization, cannabis shares failed to join the party Wednesday. Aurora Cannabis Inc. had slumped as much as 15 percent by 10:17 a.m. in Toronto for the worst drop since February, before paring losses. Canopy Growth Corp. was down 3.4 percent at 1:15 p.m. and Tilray Inc., the world’s largest pot company by market value, fell 6 percent.

Medical marijuana has been legal in Canada since 2001 but it’s only been about four years since the first cannabis companies began to list on Canadian exchanges. In that short time, about 140 pot companies have gone public in Canada, with a combined market value of more than C$60 billion ($48 billion).

I’m reminded of Mark Twain’s quip that reports of his death are greatly exaggerated. There was certainly some evidence of buy the rumour, sell the news today as some people took the day of legalisation as an opportunity to realise profits but the declines seen need to be put in the context of the advances seen over the last couple of months and the broad consistency of the medium-term trends. 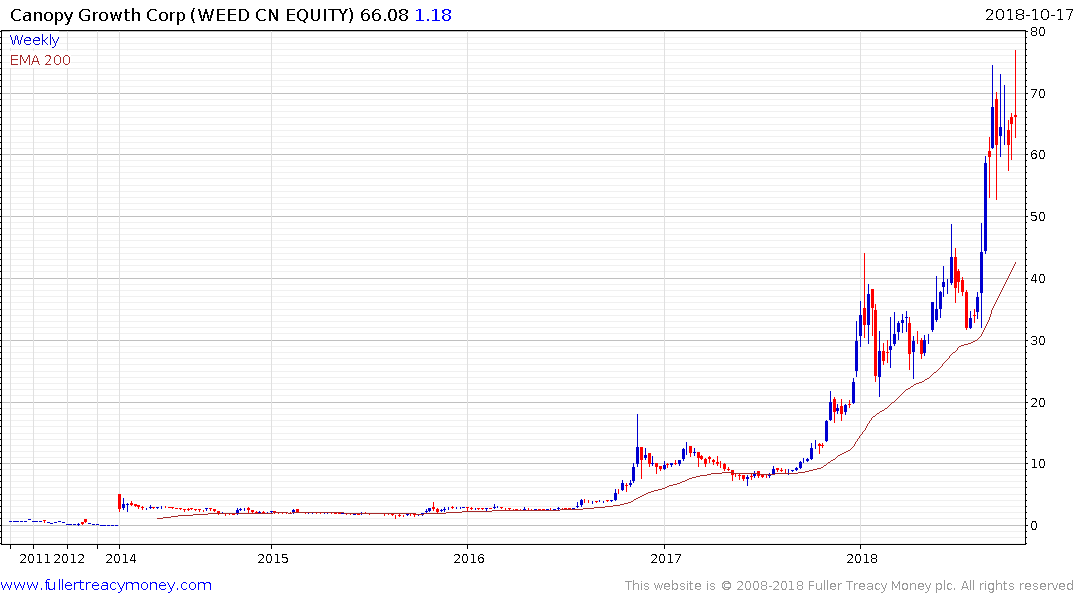 Canopy Growth Crop has received an investment from Constellation Brands which has ambitions of creating cannabis infused beverages. The share failed to hold the breakout to new highs yesterday but there was no significant downside follow through today. A sustained move below the trend mean would be required to question medium-term uptrend consistency. 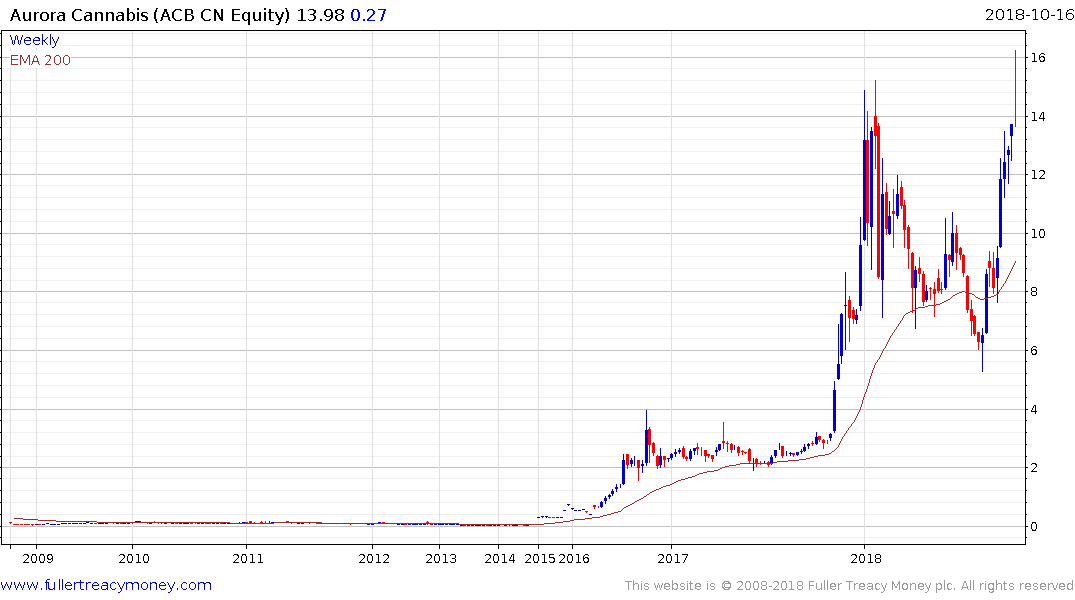 Aurora Cannabis is rumoured to be in talks with Coca Cola. The share also failed to hold a breakout to new highs yesterday but was well off its lows today suggesting some consolidation of recent gains is the most likely scenario. 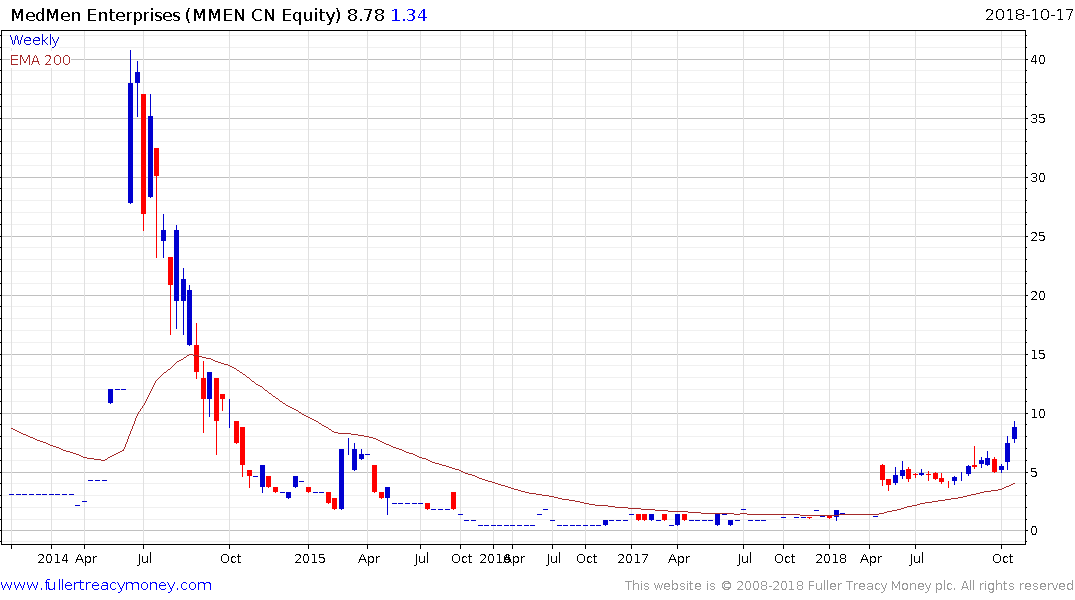 Attention is now likely to return to the prospect of full legalisation in the USA. The states are increasingly in favour but the Trump administration is going to need to evolve its stance if legalisation is to become a reality. MedMen is the company taking the most aggressive steps towards opening locations and remains on a recovery trajectory.