Surge, Algos Set Off 'Flash-Crash' Moves in Currency Market
Comment of the Day

“It looks more like a liquidity event with the move happening in the gap between the New York handover to Asia,” said Damien Loh, chief investment officer of hedge fund Ensemble Capital Pte., in Singapore. “It was exacerbated by a Japan holiday and retail stops getting filled on the way down
especially in yen crosses.”

As a result, the yen surged against every currency tracked by Bloomberg, and was up 1 percent against the dollar at 107.78 by 9:30 a.m. in London.

The haven asset has strengthened against all its major counterparts over the past 12 months as concerns over global economic growth mounted and stocks tumbled. It rose 2.7 percent against the dollar last year, the only G-10 currency to gain versus the greenback.

“Yen strength has been omnipresent since mid-December, cementing the status of the yen as the only true safe haven these days amid political risks elsewhere,” said Christin Tuxen, head of currency research at Danske Bank A/S.

The quiet time around the holidays is when algos have a particularly good opportunity to trigger stops and to enact outsized moves which have the scope to set the stage for trading for months afterwards. 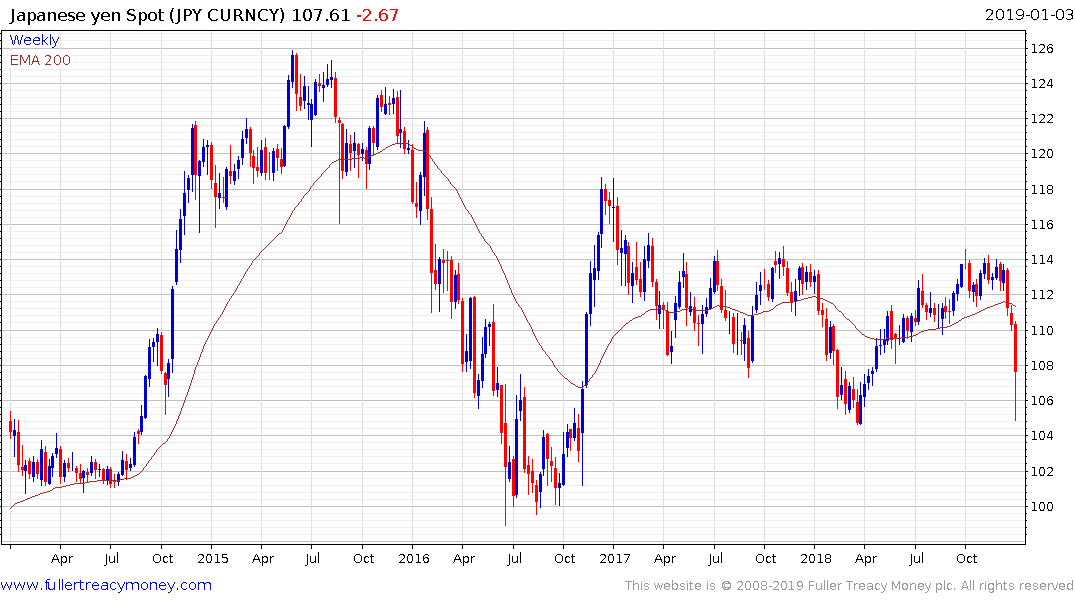 The flash rally in the Yen today was partially unwound and the Bank of Japan will be at pains to ensure the pace of the advance is pegged back, but the wider point is it is bad for sentiment. The Nikkei-225 is hovering around the 20,000 level and will need to hold it if potential for higher to lateral ranging is to be given the benefit of the doubt. Efforts to weaken the Yen would lend it a tailwind. 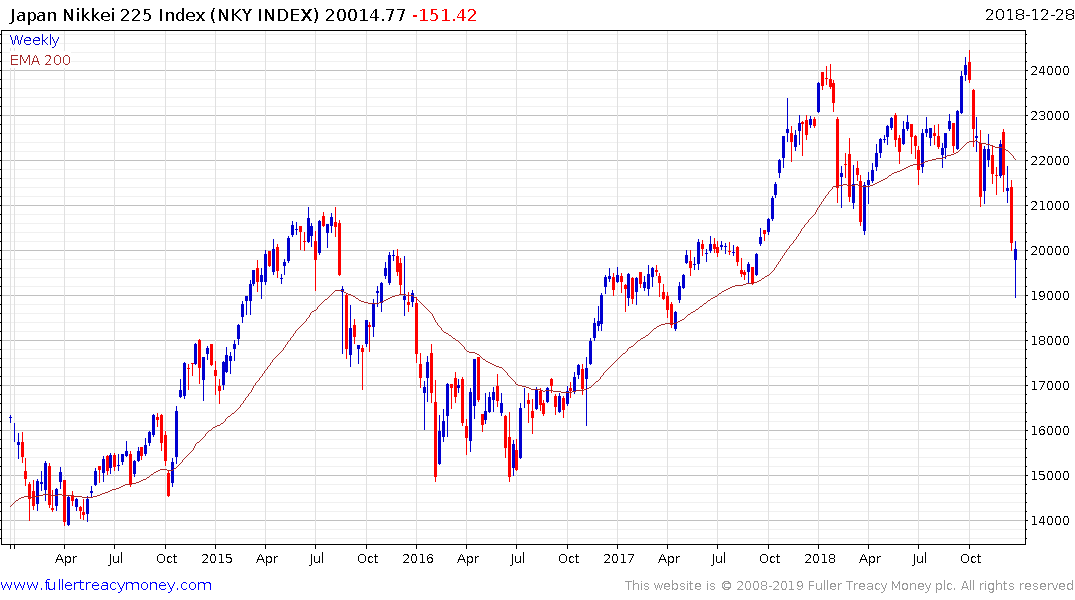 The Topix 2nd Section Index has experienced a massive reaction against the prevailing trend and an unwinding of the short-term oversold condition appears likely but a sustained move back above 7000 will be required to question medium-term supply dominance. 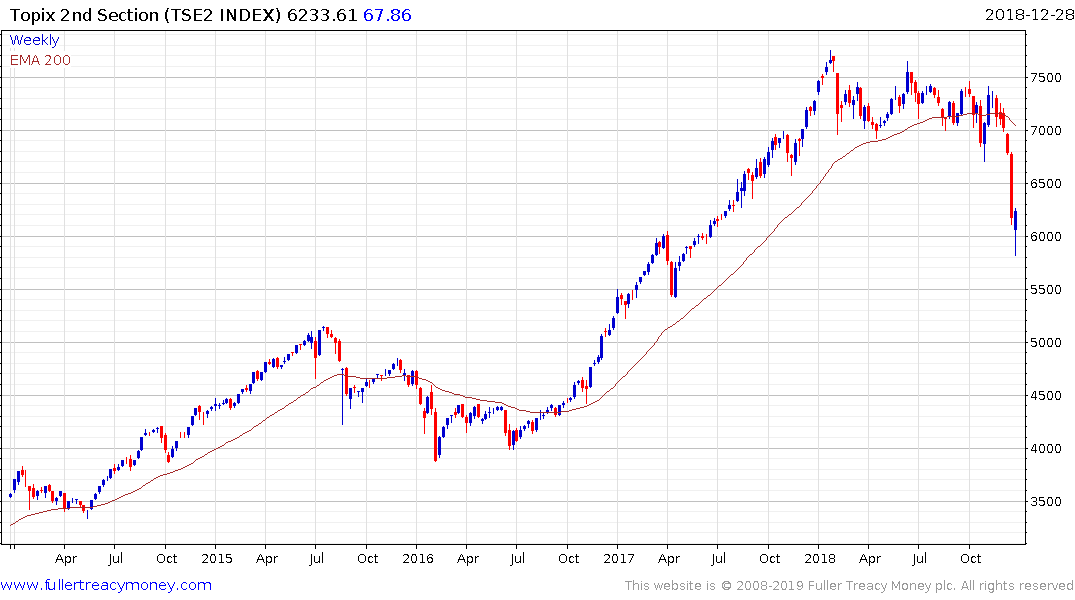