Crowds at stores in many locations around the country were reported to be strong, according to analysts and retail consultants monitoring shopper traffic across the U.S.

“The turnout is clearly better than the last couple of years,” said Craig Johnson, president of Customer Growth Partners. “The parking lots are full and the outlet malls are busy.”

The retail consultancy has 20 members studying customer traffic in different parts of the country.

I definitely get the sense that deals on Black Friday are somewhat more aggressively priced this year. $50 back from Apple on a $400 iPad mini with free engraving, fully loaded Dell XPS laptops for $500 off on Costco, which is considerably cheaper than the Dell website, and a slew of additional deals all point to a retail sector eager to overcome the slump of the last few years. 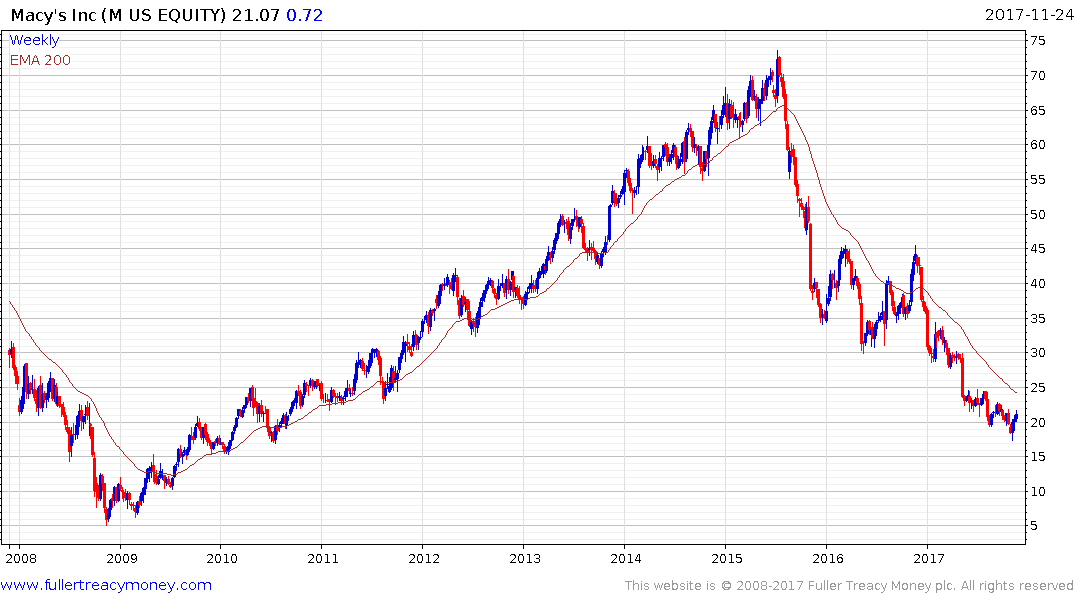 Macy’s collapsed from mid-2015 but has lost downward momentum since July this year. A well-defined progression of lower rally highs is still in evidence and will need to be broken to begin to question medium-term supply dominance. 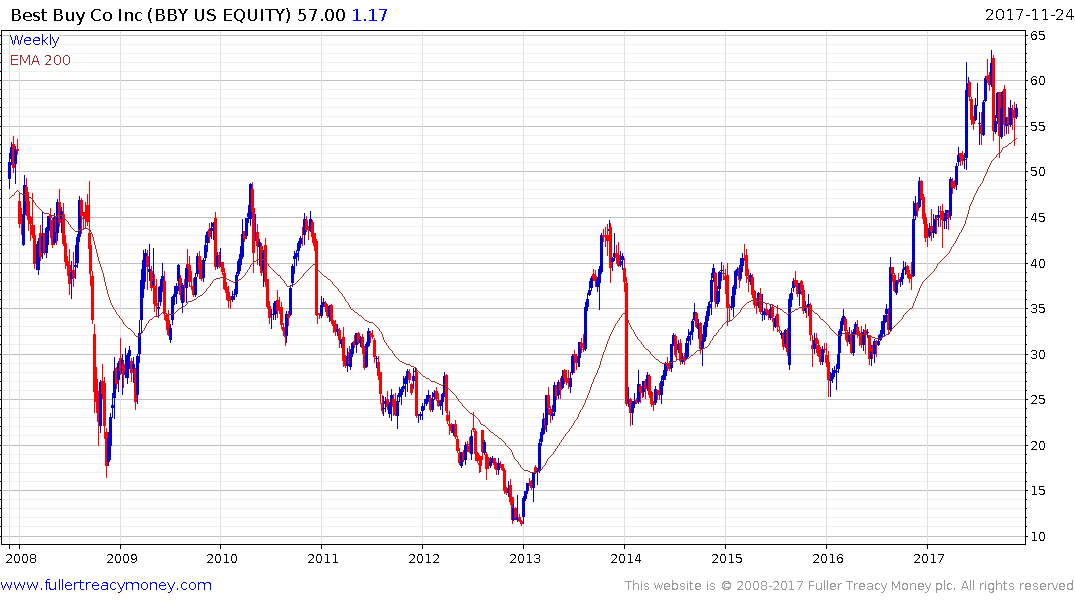 Best Buy has been consolidating for the last six months and is now bouncing, having completed a reversion towards the mean. 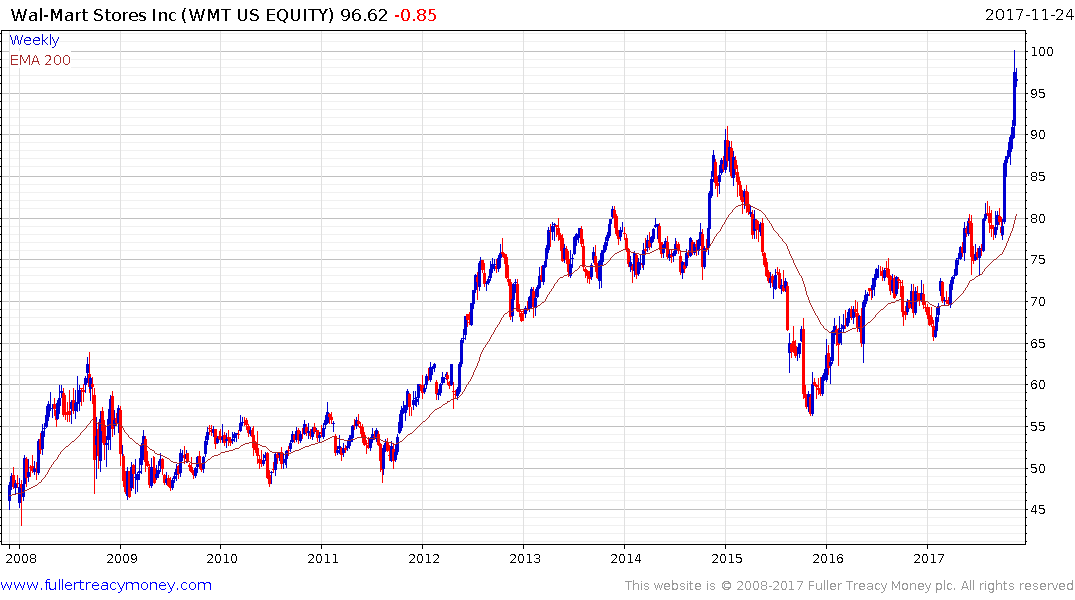 Wal-Mart still has a lot of work to do before its website is anywhere close to on par with Amazon but it is investing heavily in its online operation. The share surged higher from early October to test the psychological $100 level and some consolidation is now looking more likely than not. 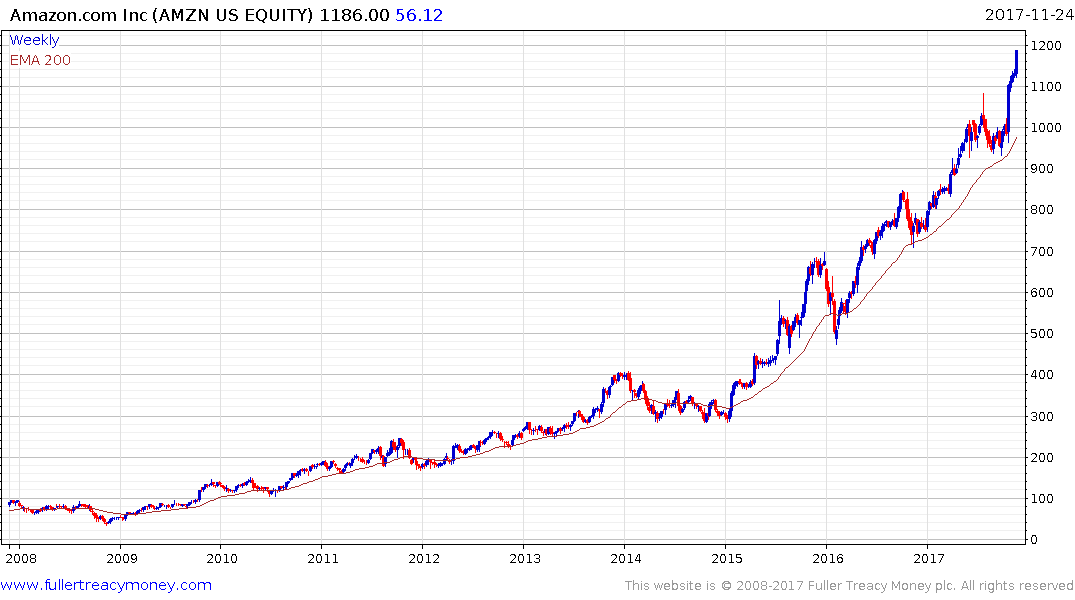 Amazon remains in a consistent uptrend as it extends it breakout from its most recent range.