This new process, spearheaded by scientists at Imperial College London, could make the process far more efficient. The method involves the batch processing of whole mosquitoes, which are reduced to a slurry that is then filtered by size, density and electrical charge. This process of making "mosquito smoothies" leaves behind the necessary sporozoite products for vaccination.

“Creating whole-parasites vaccines in large enough volumes and in a timely and cost-effective way has been a major roadblock for advancing malaria vaccinology, unless you can employ an army of skilled mosquito dissectors," says lead researcher Professor Jake Baum, from Imperial College London. "Our new method presents a way to radically cheapen, speed up and improve vaccine production.”

In addition to making the process faster and cheaper, the technique can also make the vaccine more potent. Traditional extraction of sporozoites brings with it contaminants such as unwanted proteins and other debris, which can affect the infectivity of the sporozoites and possibly the immune system response, compromising the efficacy of the whole parasite vaccine. Conversely, the mosquito smoothies result in pure uncontaminated samples.

The promise of a vaccine against malaria is a significant piece of the missing puzzle to economic development in Africa. Malaria is a wasting disease that strikes people in their prime. It reduces productivity and requires other people to care for the invalid, which only compounds the effect. It is one of the biggest taxes on productivity on the continent. If malaria is solved, it frees up resources and productive capacity for significant evolution of human potential. 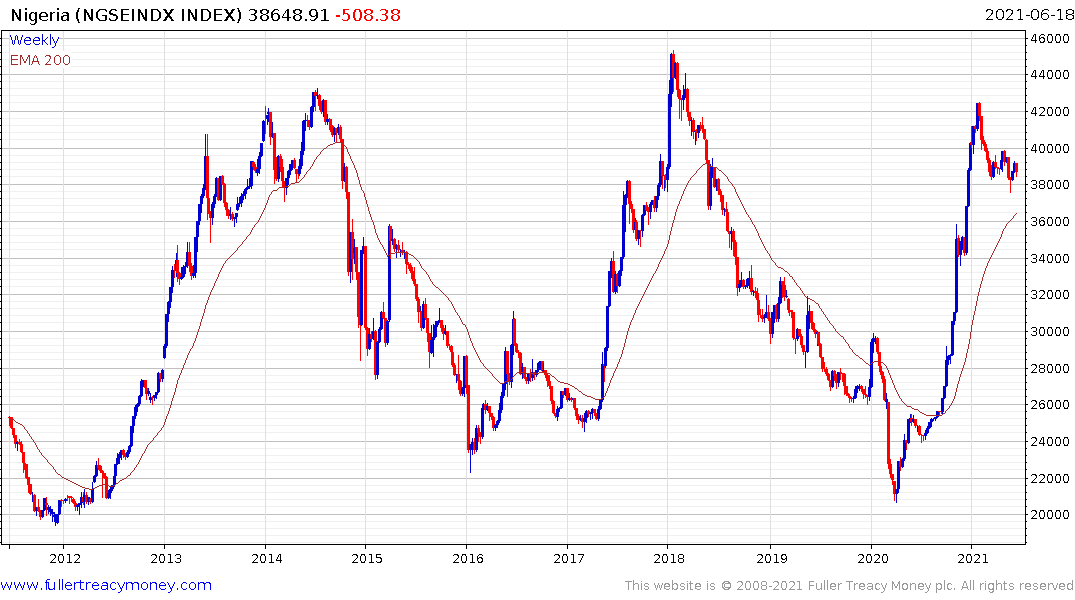 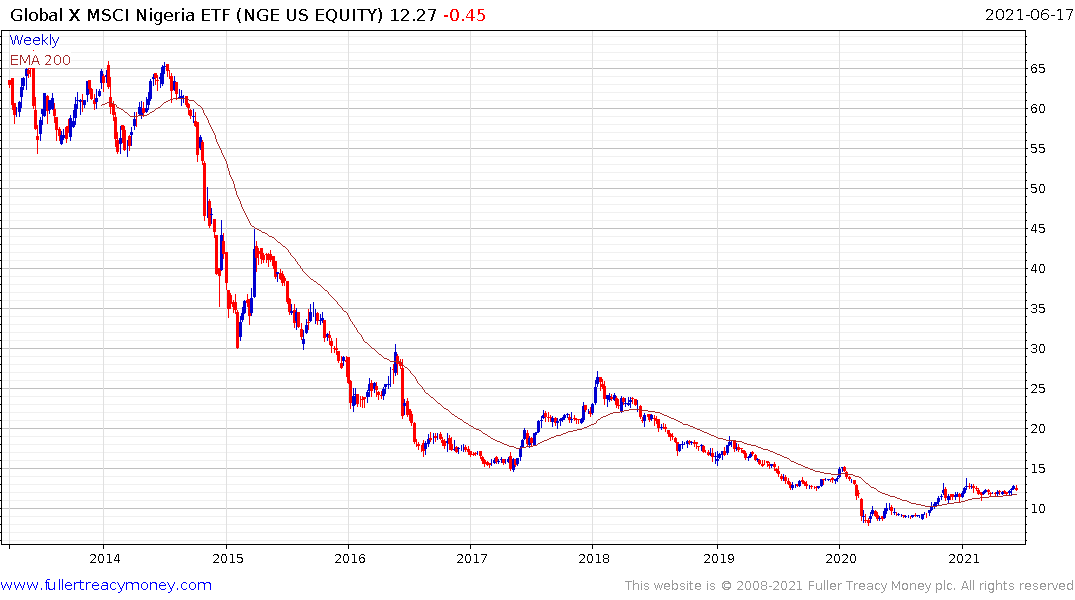 The challenge for investing in Africa is the markets are small and illiquid. They tend to thrive in commodity led bull markets where liquidity is abundant and collapse when it is withdrawn. Nigeria’s equatorial climate and reliance on commodity exports mean it fits this model rather well. The market rebounded impressively over the last year to test the upper side of the 8-year range. It has paused as the global reflation trade has ebbed over the last month.