“Moral hazard and a ‘can’t-lose’ attitude from investors only raise the risk of a larger fragility shock before year end,” the strategists wrote in a client note Tuesday. “Adding further uncertainty to the outlook is the looming Fed taper and general hawkish turn away from the measures prompted by the Covid shock.”

The strategists joined their counterparts at Morgan Stanley in urging investors to remain vigilant after last week, when the S&P 500 reversed losses to snap two weeks of declines.

Stocks are down for a second day Tuesday, with tech shares leading the decline amid a spike in Treasury yields. The S&P 500 has lost 3.7% in September, putting it on course for its worst month in exactly a year.

On Friday I discussed the overly comfortable view that potential problems are so large that outsized liquidity injections are inevitable, so there is no need to sell. Inflation and rising yields punctured that fallacy today. The 5-year yield broke about the psychological 1% level and reintroduced the prospect of debt servicing costs and stagflation to the financial community. 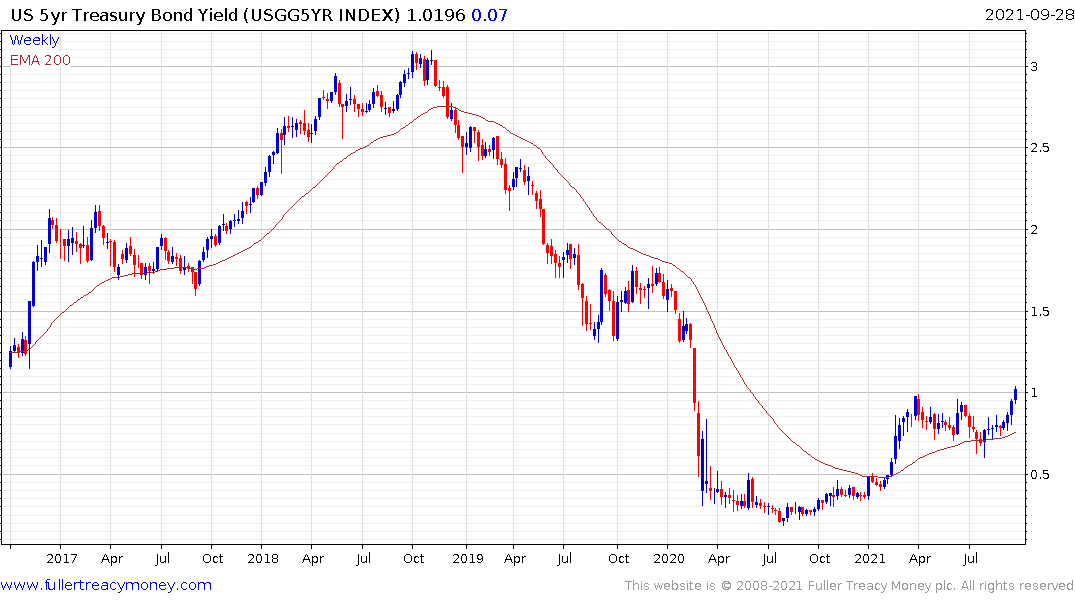 Even so, the prospect of demand destruction cooled oil’s advance today as the price paused at the psychological $80 area.

Treasury notes are also very oversold so there is scope for some respite. However, a bullish catalyst like additional Fed support will be required to check medium-term upward scope for yields. 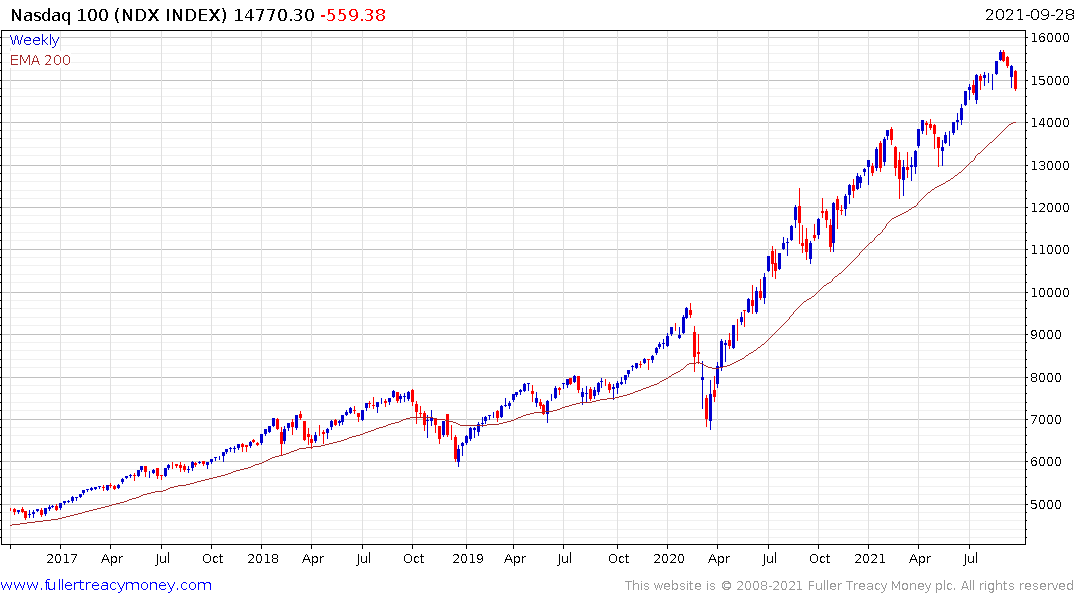 The Nasdaq-100 has posted two relatively equal-sized reactions since the low in March 2020. Each has found support at the upper side of the underlying range. The 200-day MA now coincides with the previous peaks and represents an important area of potential support if the medium-term trend is to remain consistent.