One in five of the world’s consumers will live in Africa by the end of the next decade, and more and more of these people will fall under the category of affluent or middle-class. Growing discretionary incomes will lead to higher demand for high-quality, niche, and foreign-produced goods. Urbanization, such as in Nigeria where eight cities already host populations over 1 million people, promises to increase competition for formal retail centers and the development of efficient production and distribution chains. Rebounding oil prices in Algeria, Angola, Nigeria, and Egypt may contribute to an increased market share for luxury goods. Though, ultra-high net worth individuals(whose net assets exceed $30 million) reside throughout the continent—in South Africa, Egypt, Nigeria, Kenya, Tanzania, Ethiopia, and Morocco. Growth in GDP per capita will lead to greater purchasing power among these classes of the population, and luxury goods retailers should look to the continent for entry points.

Fast moving consumer goods companies need to be where the people are. The countries with the most favourable demographics in the world today are all either in Africa or Asia with India, Indonesia, Nigeria and Ethiopia notable for their high populations. The global birth rate has already peaked which means companies have at best the next thirty years to capitalise on the demographic dividend before the global population starts to contract. 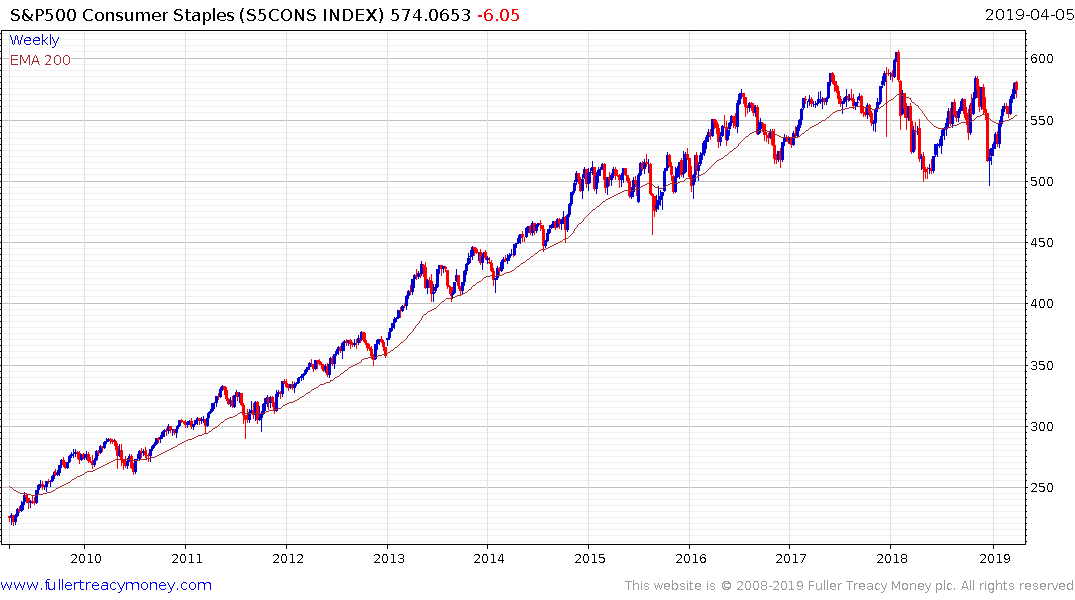 The S&P500 Consumer Staples Index has been ranging since 2017 and is currently trading in the region of the upper boundary. A point I have highlighted previously is the tendency of dividend aristocrat type companies to rally when the yield approaches 3.5%. that was certainly true of the Consumer Staples Index in 2008 but more recently investors have been willing to settle for 3.25%. 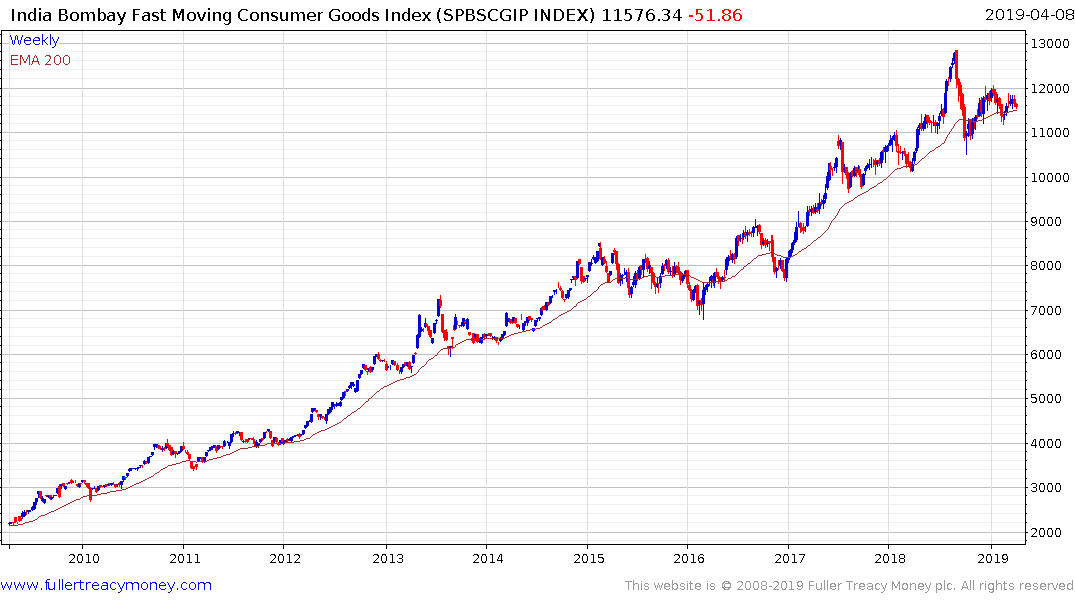 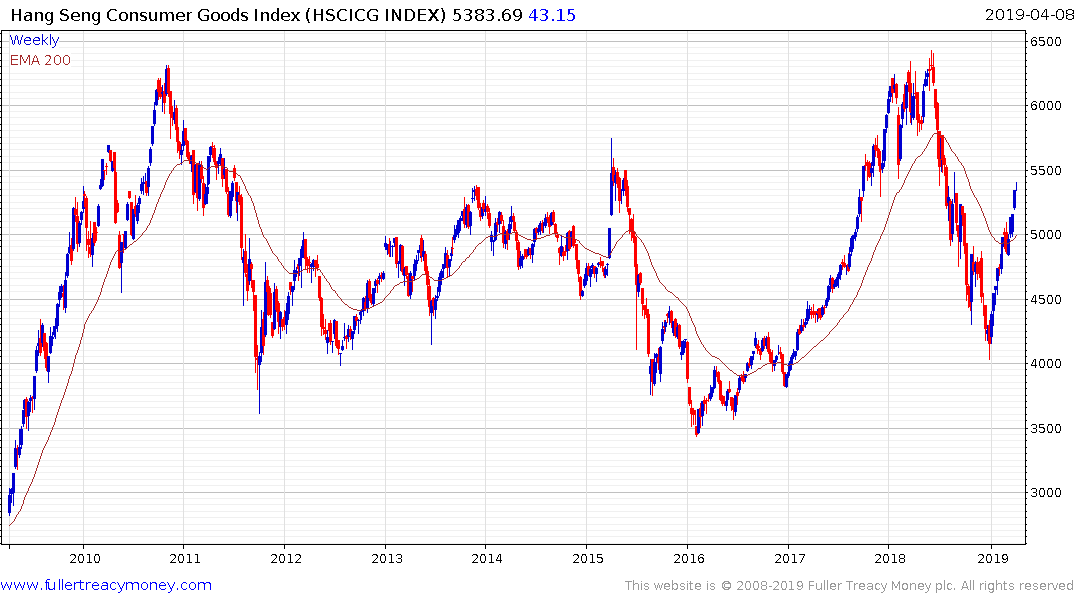 The Hang Seng Consumer Goods & Services Index has broken its downtrend and remains on a recovery trajectory.