Total debt of publicly traded non-financial companies in China and Hong Kong has surged to $1.98 trillion from $607 billion at the end of 2007. Some 63 companies have a debt-to- equity ratio exceeding 400 percent, compared to the average of 73 percent. In latest filings, 351 have negative ratios of earnings before interest, taxes, depreciation and amortization to interest expenses, while 409 have coverage of less than 1.

Premier Li Keqiang is trying to balance efforts to avoid sharper slowdowns in economic growth with steps to rein in debt.

?Expansion in gross domestic product is set to cool to a more than two-decade low of 7.5 percent this year from 7.7 percent in 2013, according to the median estimate in a Bloomberg survey.

$630 billion in Chinese corporate debt will need to be paid off or refinanced this year and we have just seen the first onshore default. It is a reasonable expectation that more will follow. Until now, investment vehicles have been supported by government largesse and investors have been made whole in the event of trouble. That is simply unsustainable, not least because the debt market is now so large that to continue on that trajectory would eventually bankrupt the country. 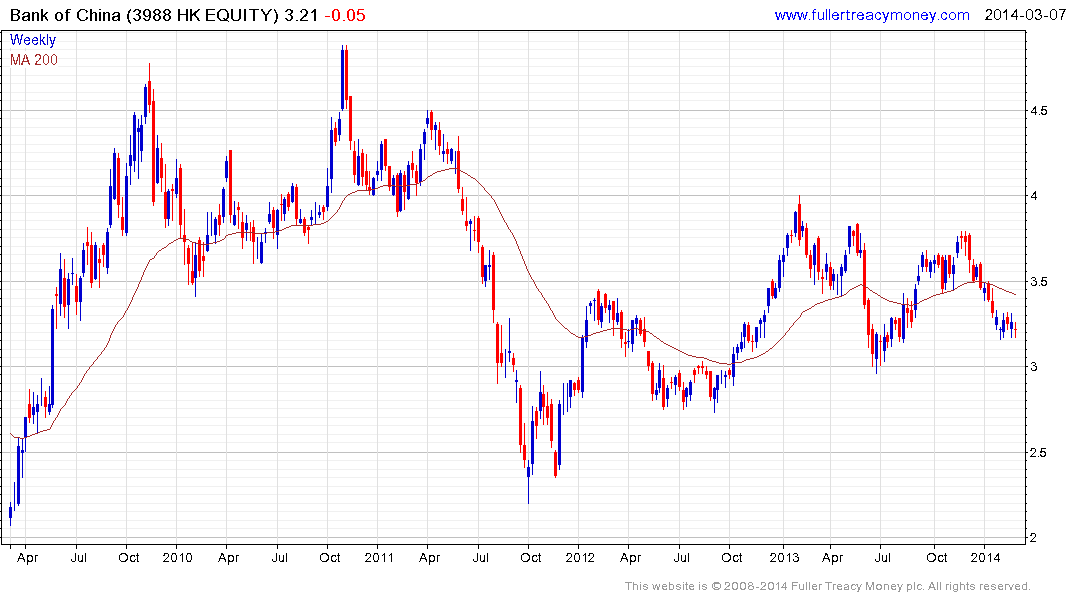 China’s banking sector is on the front line of this breaking wave but where they differ from US banks in 2006 and 2007 is that much of the bad news is already in the price. For example Bank of China’s Hong Kong listing trades on an Estimated P/E of 4.7 and yields 6.7%. Additionally Chinese banks are required to hold 20% of their deposits in reserve which is multiples of what their Western counterparts are obliged to hold. The primary reason banks are trading at such low multiples without attracting greater investor interest is because there has been no visibility on just how badly they will be affected by the corporate debt defaults once they begin. It is looking 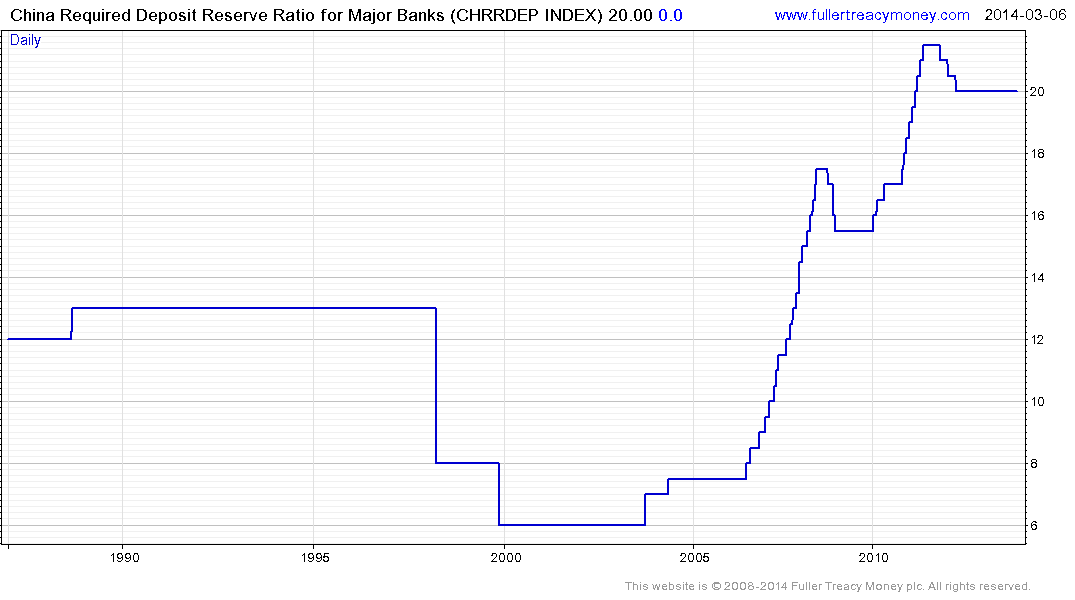 increasingly likely that we will get that visibility within the next 12 months so now is the time to closely monitor the charts of Chinese banks for signs of support building.
A great deal will depend on how well the administration handles the problem. This is uncharted territory but we can expect that what are deemed to be systemically important companies, or those with strong ties to the Party, will be rescued. What appears clear is that following an almost decade long appreciation, the Chinese are now willing to use the Yuan as a policy tool in improving competitiveness. The Yuan posted its largest decline in a number of years last week, retraced part of the decline this week but posted a key reversal today suggesting resistance in the region of CNY6.1. The January low near CNY6 probably represents a peak of medium-term significance and the risks are now to the downside.

One beneficiary of this development could be solar cell and potentially wind turbine manufacturers.  Chinese companies overwhelmed their competitors with cheap solar cells from 2008 in an effort to grab market share. A small number of the larger companies successfully acquired technological insights by acquiring failed western entities that were incapable of competing on price. However, the contraction in pricing also put inefficient Chinese manufacturers in jeopardy. One of the administration’s stated aims is to rationalise overcapacity in the industrial sector. The default of an instrument relating to solar energy suggests renewable energy is in the crosshairs; where weaker players will be allowed to disappear.

The removal of excess supply from the market should help improve margins for the remaining manufacturers.  Some of the leading companies such as US listed SunEdison or Spanish listed Abengoa have surged of late. 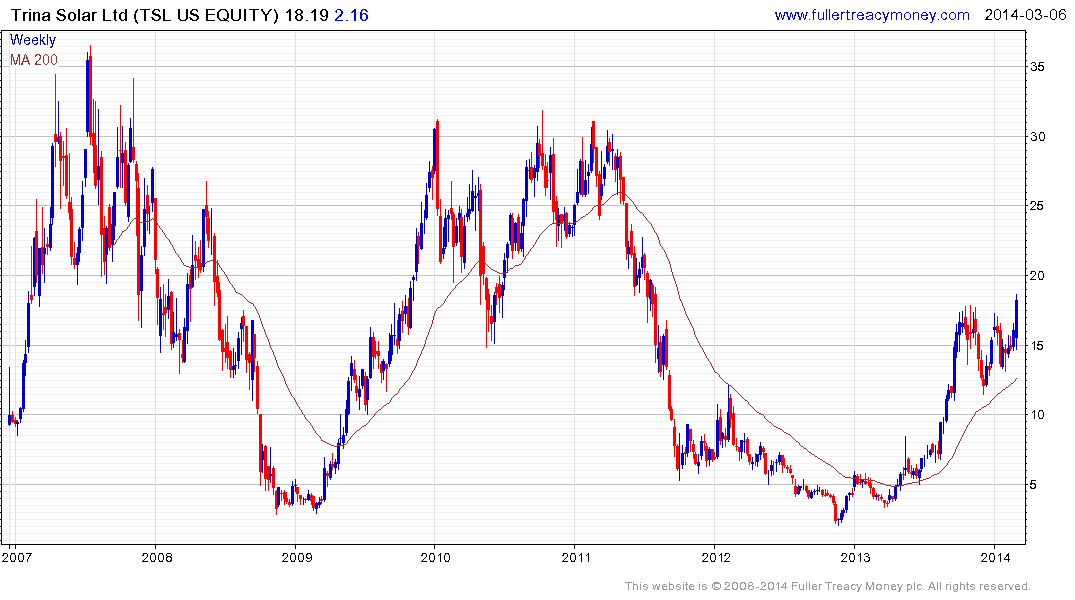 Trina Solar spent much of the last six months ranging, broke out to new recovery highs yesterday and appears likely to participate in a catch up move. (Also see Comment of the Day on January 2nd)