China's MingYang Smart Energy has announced an offshore wind turbine even bigger than GE's monstrous Haliade-X. The MySE 16.0-242 is a 16-megawatt, 242-meter-tall (794-ft) behemoth capable of powering 20,000 homes per unit over a 25-year service life.

The stats on these renewable-energy colossi are getting pretty crazy. When MingYang's new turbine first spins up in prototype form next year, its three 118-m (387-ft) blades will sweep a 46,000-sq-m (495,140-sq-ft) area bigger than six soccer fields.

Every year, each one expected to generate 80 GWh of electricity. That's 45 percent more than the company's MySE 11.0-203, from just a 19 percent increase in diameter. No wonder these things keep getting bigger; the bigger they get, the better they seem to work, and the fewer expensive installation projects need to be undertaken to develop the same capacity.

The overall result should be a drop in offshore wind energy production prices – a sorely needed drop, too. Current levelized costs of energy, as estimated by the US Energy Information Administration for new energy generation assets going live in 2026, place offshore wind as the most expensive way of generating a megawatt-hour right now, at US$120.52, where ultra-supercritical coal is more like $72.78 and standalone solar is around $32.78 before subsidies.

Obviously, wind fills in gaps that solar can't, and it'll be a crucial part of the energy mix going forward. Scaling the industry up with these mammoth turbines is the key reason why industry experts are predicting that the cost of offshore wind will drop by between 37 and 49 percent by 2050, as reported by Renew Economy.

MingYang says the MySE 16.0-242 is just the start of its "new 15MW+ offshore product platform," and that it's capable of operating installed to the sea floor or on a floating base. The full prototype will be built in 2022, installed and into operation by 2023. Commercial production is slated to begin in the first half of 2024.

The challenge for the wind sector is that many of the best locations have been taken up by turbines that are not nearly as powerful as the models currently being marketed. In many respects the wind sector is suffering from the same dilemma as the oil sector. How do you introduce new technology to an area where you have already sunk significant resources? 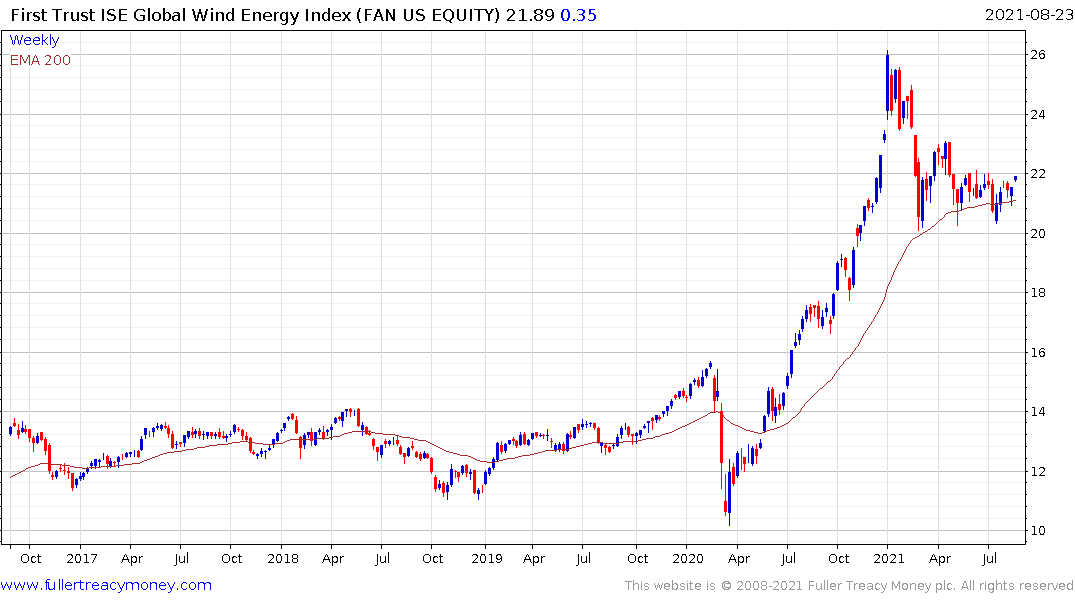 The Wind ETF continues to rebound from the region of the trend mean and remains in a medium-term uptrend. 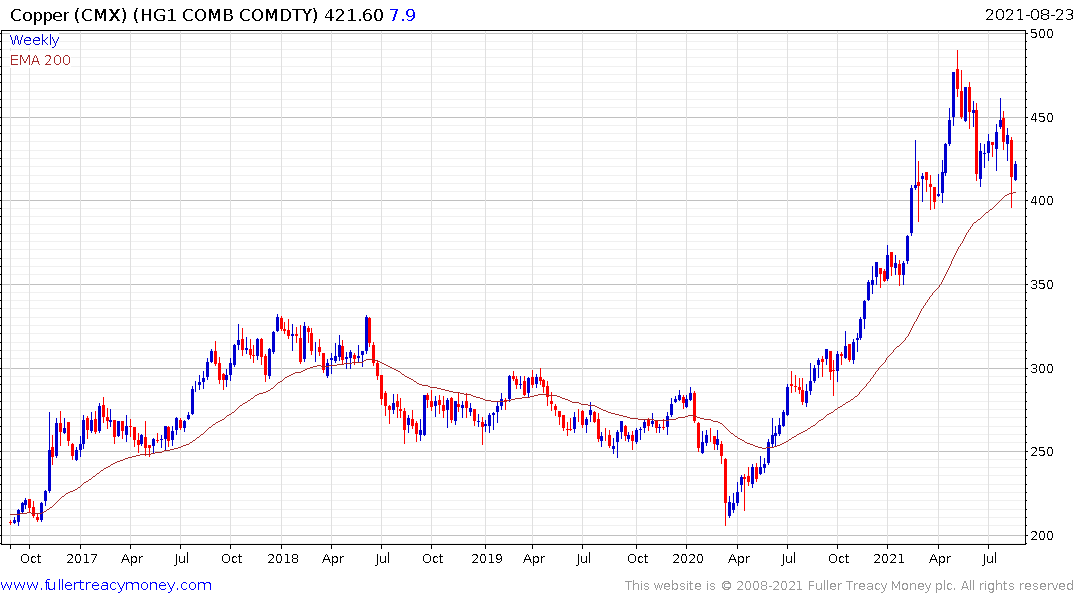 As turbines get bigger and as the transportation fleet goes electric, the secular demand growth trend for copper is likely to continue to accelerate. The price continues to bounce from the region of the trend mean.