Renewables grow rapidly in all our scenarios, with solar at the centre of this new constellation of electricity generation technologies. Supportive policies and maturing technologies are enabling very cheap access to capital in leading markets. With sharp cost reductions over the past decade, solar PV is consistently cheaper than new coal- or gasfired power plants in most countries, and solar projects now offer some of the lowest cost electricity ever seen. In the STEPS, renewables meet 80% of the growth in global electricity demand to 2030. Hydropower remains the largest renewable source of electricity, but solar is the main driver of growth as it sets new records for deployment each year after 2022, followed by onshore and offshore wind. The advance of renewable sources of generation, and of solar in particular, as well as the contribution of nuclear power, is much stronger in the SDS and NZE2050. The pace of change in the electricity sector puts an additional premium on robust grids and other sources of flexibility, as well as reliable supplies of the critical minerals and metals that are vital to its secure transformation. Storage plays an increasingly vital role in ensuring the flexible operation of power systems, with India becoming the largest market for utility-scale battery storage.

…but the downturn creates risks for the backbone of today’s power systems
Electricity grids could prove to be the weak link in the transformation of the power sector, with implications for the reliability and security of electricity supply. The projected requirement for new transmission and distribution lines worldwide in the STEPS is 80% greater over the next decade than the expansion seen over the last ten years. The importance of electricity networks rises even more in faster energy transitions. However, the financial health of many utilities, especially in developing economies, has worsened as a result of the crisis. There is a disparity in many countries between the spending required for smart, digital and flexible electricity networks and the revenues available to grid operators, creating a risk to the adequacy of investment under today’s regulatory structures.

The electrical grid was never designed to tackle the needs of the transportation sector. Not only do supercharging networks demand much greater loads but getting electricity to where it is needed requires a lot of infrastructure. The planning process is the primary obstacle to putting in more power lines or running high volatile cables. It is arguable whether green arguments can quickly overcome NIMBY concerns. 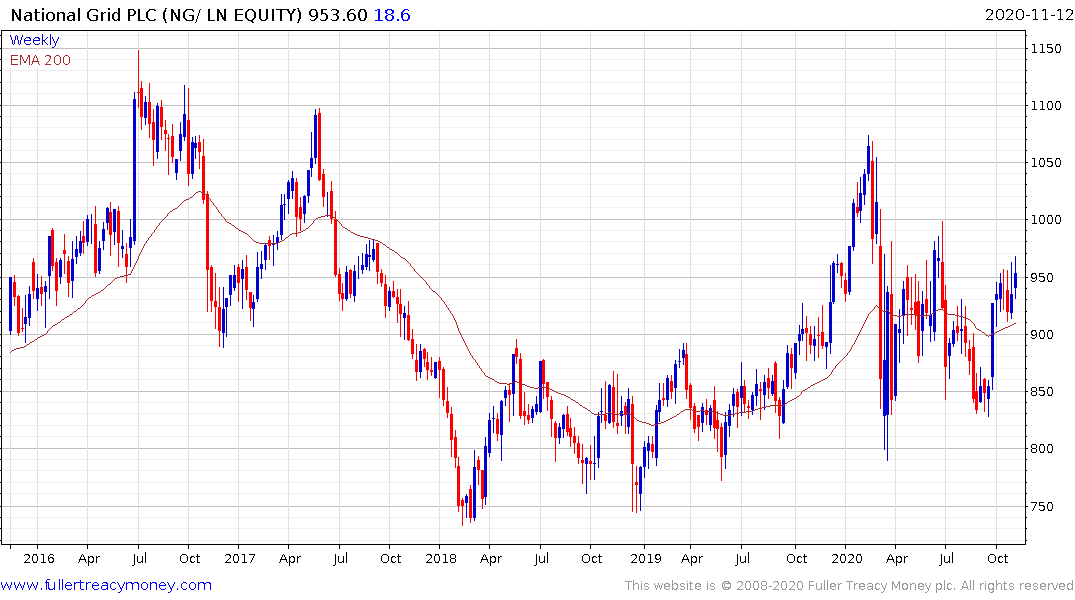 Nevertheless, if the zero emissions goals European governments are signing up for are going to be achieved there is likely to be significant investment in transmission infrastructure. That is a relatively accessible investment sector in Europe. National Grid generates 94% of revenue from electricity networks. The share is currently steadying from the region of the trend mean and yields 5.19%. 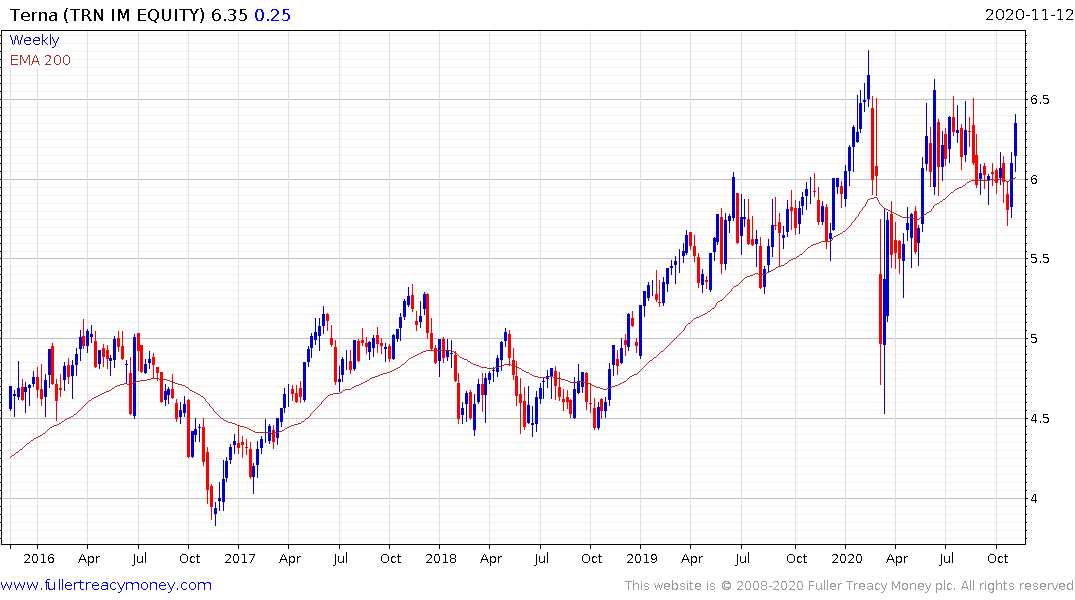 Italy’s Terna yields 4% and is firming from the region of the trend mean. 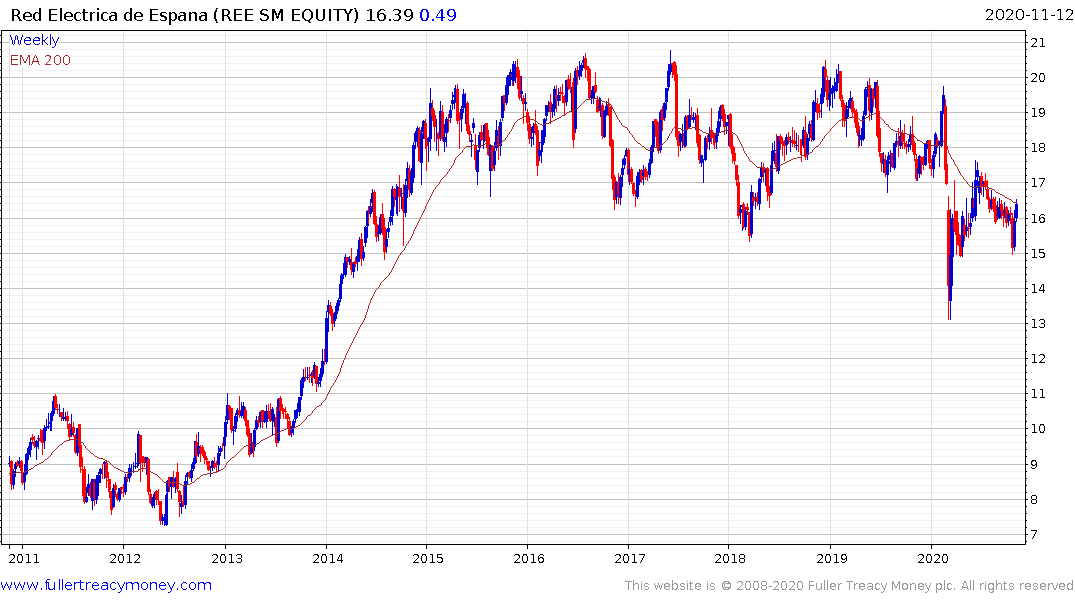 Red Electrica in Spain has been ranging for five years and is currently testing the region of the trend mean as it rebounds from the recent low. The share yields 6.42%