"While supply is greatly increased because we have plenty of natural-gas production, right now we have a transportation and storage issue," Dennis Weinmann, a principal at Coquest Inc., a Dallas energy brokerage and consulting firm, told The Wall Street Journal. "We don't have gas where we need it right this second."

On a typical day, industry watchers say the Northeast's natural gas infrastructure is in need of an upgrade, particularly as natural gas production booms in the US. When extreme winter hits suddenly, and everyone stays home and turns up the heat, the strain on that pipeline system increases. Nearly all natural gas pipelines headed into New York and New England were constrained Wednesday, according to the US Energy Information Administration (EIA).

Henry Hub is still very much a local market for North America. The boom in shale gas production saw prices plummet and it has taken a few years for the market to restore equilibrium. The fact that a short-term event such as a dramatic winter storm has caused a price spike suggests that the excess supply has been worked through and while prices can be expected to pull back once the weather improves, the $4 area is likely to represent a new floor. 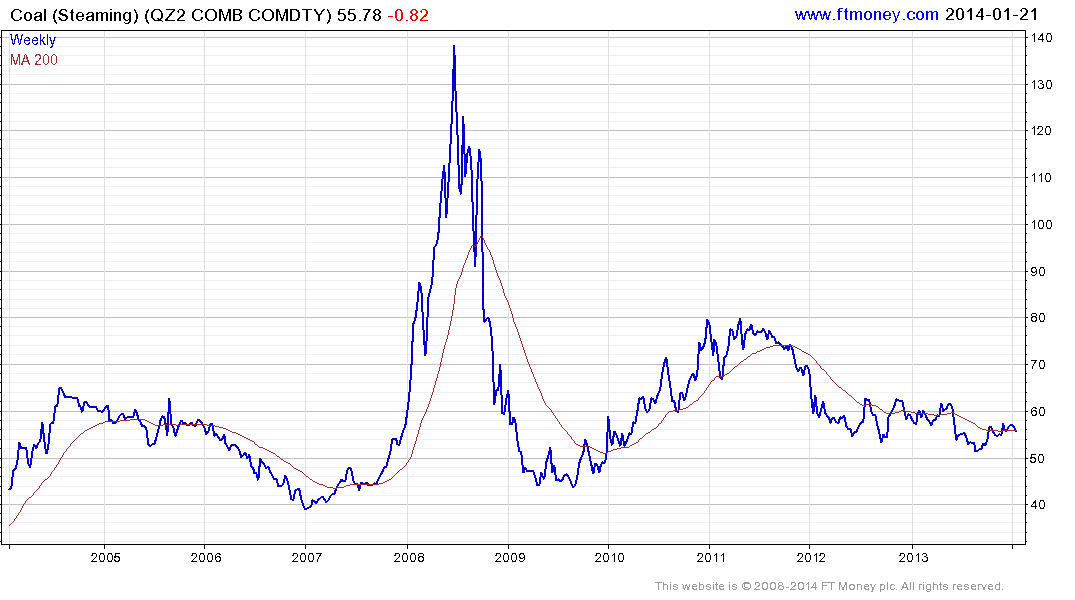 Natural gas prices have doubled in the last two years while coal futures have fallen from $80 to $58. There are a number of obstacles to a recovery by coal as a fuel source, not least increased regulation and public ambivalence to high carbon emitters. However, the price disadvantage relative to natural gas evident over the last few years is a diminishing consideration. 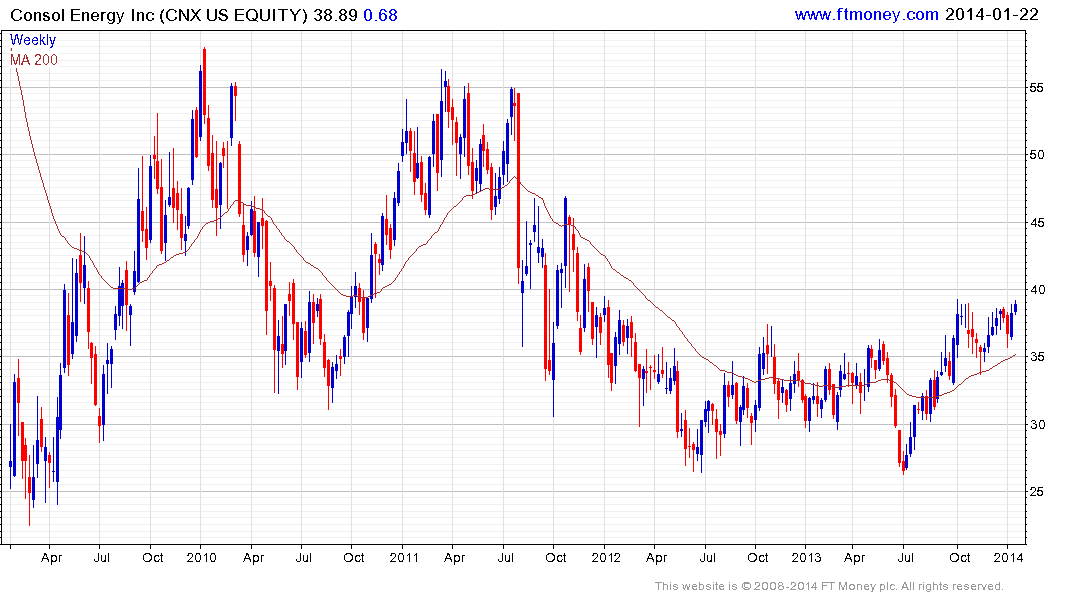 In the USA, Consol Energy is one of the better performing coal companies. The share exhibits a rounding characteristic within its more than two-year base and a sustained move above $40 would confirm a return to medium-term demand dominance. 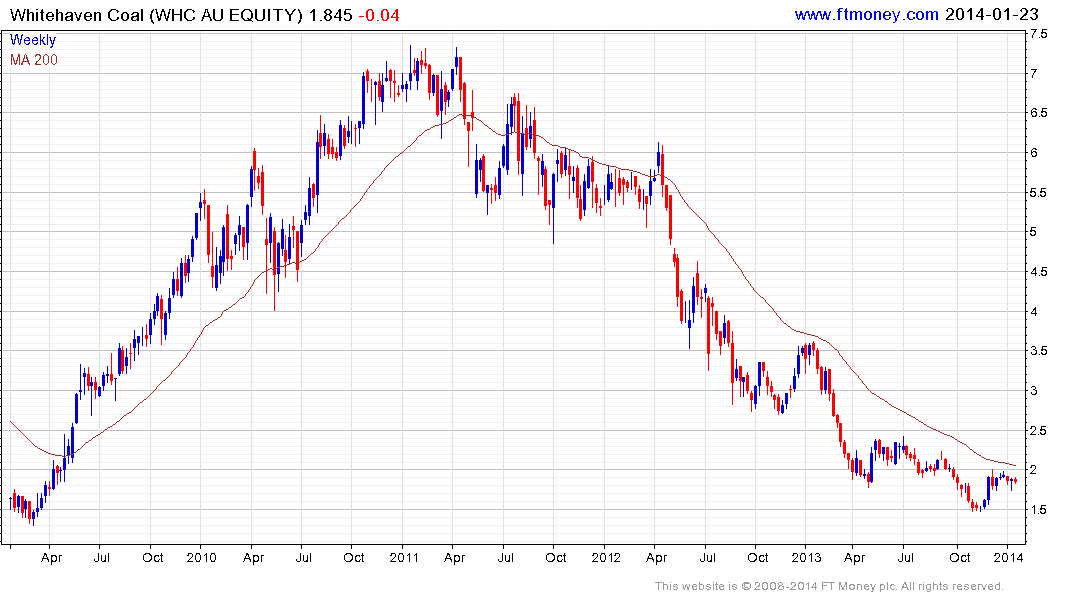 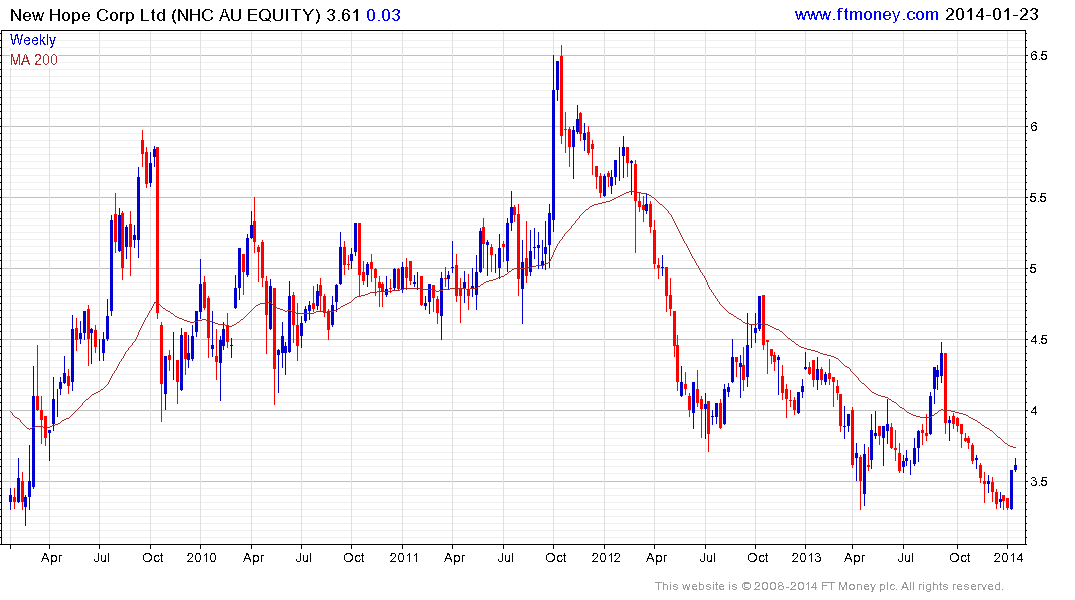 Further afield, Australian coal miners New Hope and Whilehaven Coal or Semirara in the Philippines are unlikely to be affected by US weather patterns. However, they should benefit from increased demand for both thermal and metallurgical (coking) coal as global economic growth picks up pace. 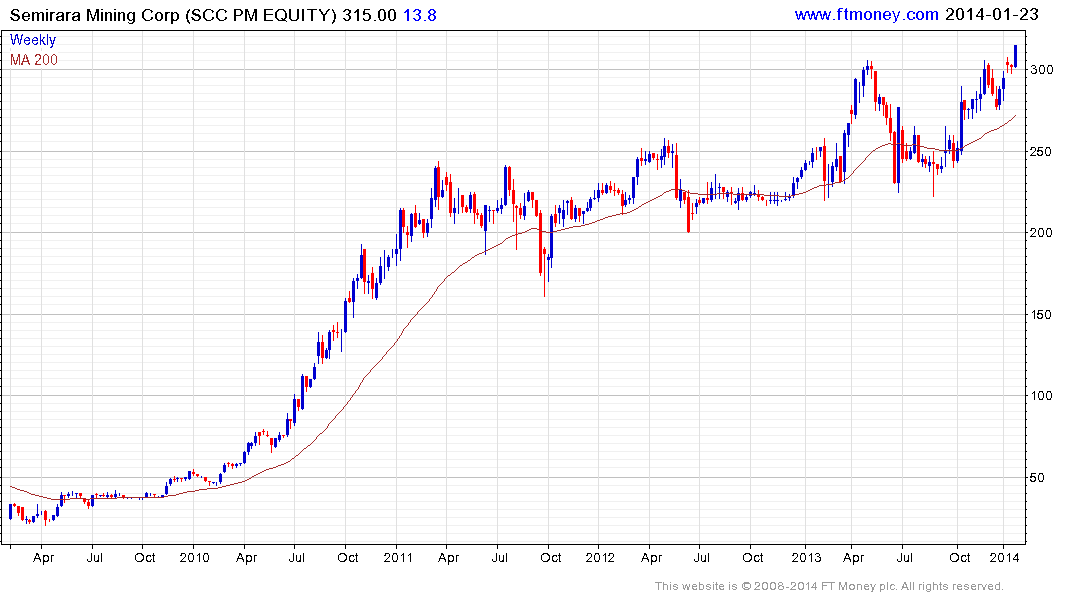