Wild Week Ahead for Trump, Kim, Brexit, Cohen and Fed's Powell
Comment of the Day

After days of buildup, Trump kicked off the week by delaying a threatened increase in U.S. tariffs on Chinese imports and dangling a summit with President Xi Jinping at Mar-a-Lago, his Florida retreat, if “both sides make additional progress.” Along the way, he slapped down Lighthizer on a semantic point. Earlier, the two sides were haggling over how to ensure Beijing lives up to its promise to not weaken the yuan. Trump then reported substantial progress, including on currency.

Look for Powell to offer signals on what’s next for the Fed during two days of congressional testimony. When they last met, policy makers broadly backed ending the runoff of the central bank’s balance sheet. Lighthizer, who testifies Wednesday, may give a sense of how likely the U.S. is to impose tariffs on auto
imports. The European Union is threatening to hit back. U.S. fourth-quarter gross domestic product, due Thursday, is expected to show 2.5 percent expansion last year, short of the Trump administration’s ambitious goal.

The Shanghai A-Share Index rose 5.95% as investors raced to price in the conclusion the trade war is over. The Index has been trending downwards for more than a year but broke its sequence of lower rally highs two weeks ago and extended that advance today. 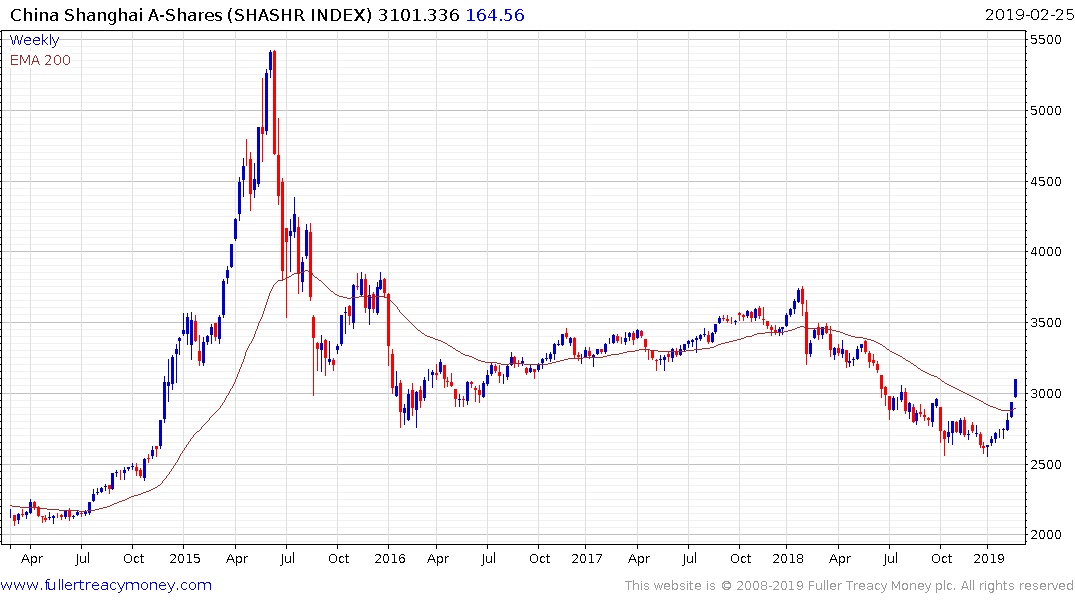 Bull markets in China tend to be state sponsored. The ebbing risk of tariffs combined with rising potential for domestic stimulus suggest there is potential for more than a short-term rally in China related shares and markets. 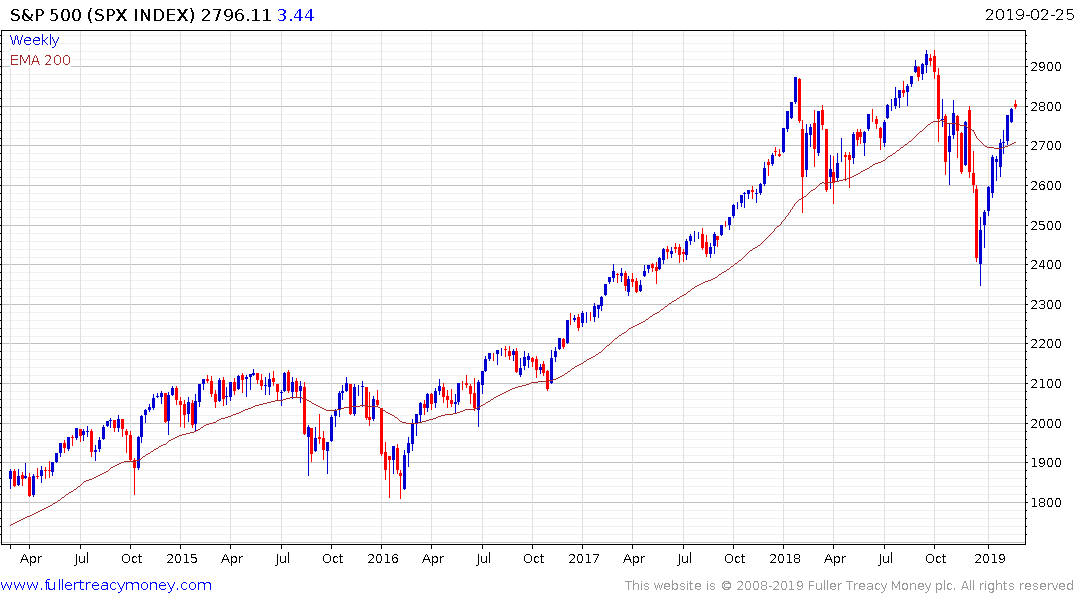 Meanwhile the response on Wall Street to the trade news was less enthusiastic. Part of the reason for that is because the S&P500 is right in the region of the October through December peaks at 2800. There is obviously some trepidation at the idea of paying new recovery highs for shares when the Fed chair is about to testify and the inventory build which took place because of tariff fears will now need to be unwound. That suggests there is ample scope for some consolidation over the coming weeks. 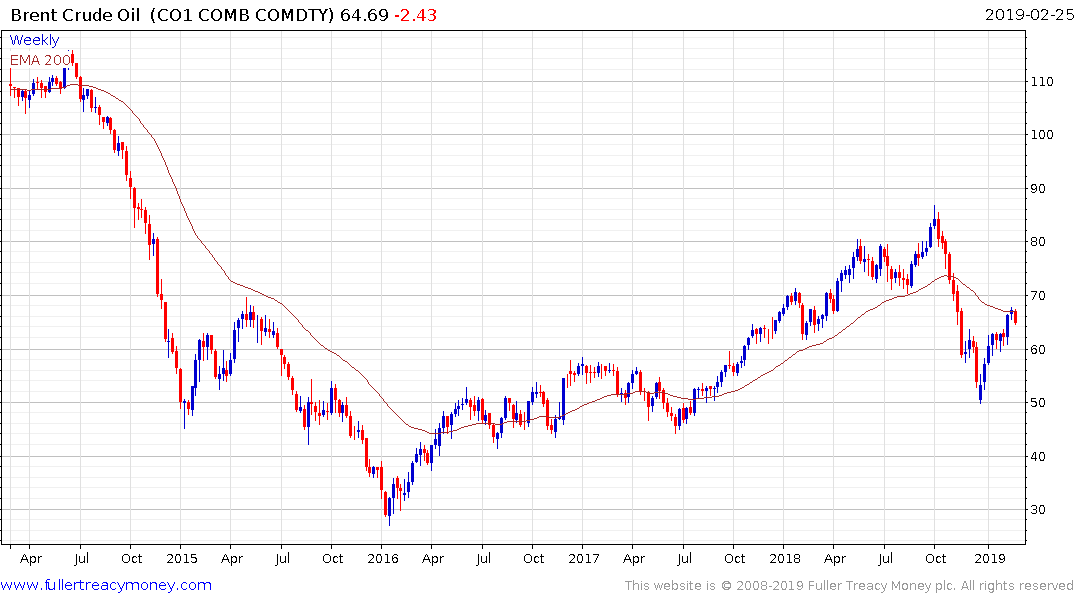 Brent crude oil pulled back in the most dynamic manner seen in the months today suggesting a peak of near significance.