Want To Understand Carbon Credits? Read This
Comment of the Day

Want To Understand Carbon Credits? Read This by Eoin Treacy

An untouched stand of trees in Oregon – as in our compliance market example above – generates one big benefit – the carbon sequestered in the living trees themselves. However, voluntary development projects may offer other social or environmental benefits in addition to lowering GHG emissions, such as poverty reduction, habitat preservation, and increases to local living standards.

These are all benefits that support U.N. Sustainable Development Goals, so a company able to tout participation in programs with co-benefits scores valuable PR wins for its shareholders.

For example, one of Bluesource’s founders helped start a venture named the Paradigm Project to subsidize highly efficient wood-burning stoves and easy to use water filtration units to rural families in Kenya. In Kenya, as is true for other less developed rural areas, a lot of deforestation is brought about by families cutting wood to boil water and cook.

Through projects developed by the Paradigm Project, organizations are able to invest in carbon credits generated by verified emission reductions from rural households’ reduced burning of wood for fuel.

Proceeds from the sale of those carbon credits are ploughed into to the operations of a company that employs local people to build stoves and filters and distributes these products to their rural neighbors. The filters help cut the amount of firewood needed for boiling water and the stoves are much more efficient at converting wood fuel into usable energy.

It is not quite the same for heavy emitters where their entire business model is being challenged by upstarts that gain a competitive advantage by selling carbon credits rather than having to buy them. Tesla’s dominance of this market is the best example of how this has worked in practice. The company has effectively forced its competitors to pay to build its factories. That has resulted in the transformation of the automotive sector; with every company now planning to build electric vehicles.

The oil sector is the next big target for carbon credit competitive forces. The majors are being encouraged to stop investing in new supply and they are being forced to develop plans for a post carbon economy. Europe’s carbon market prices have accelerated sharply higher over the last six months and this week’s downward dynamics suggest a peak of at least near-term significance, even if the clear intention of politicians is for a doubling from current levels. 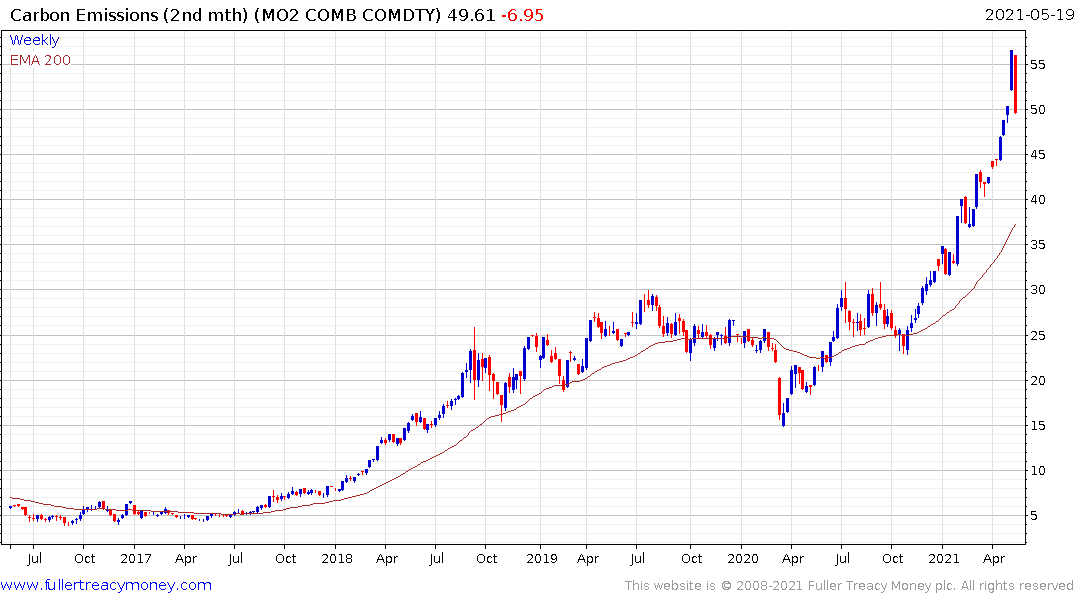 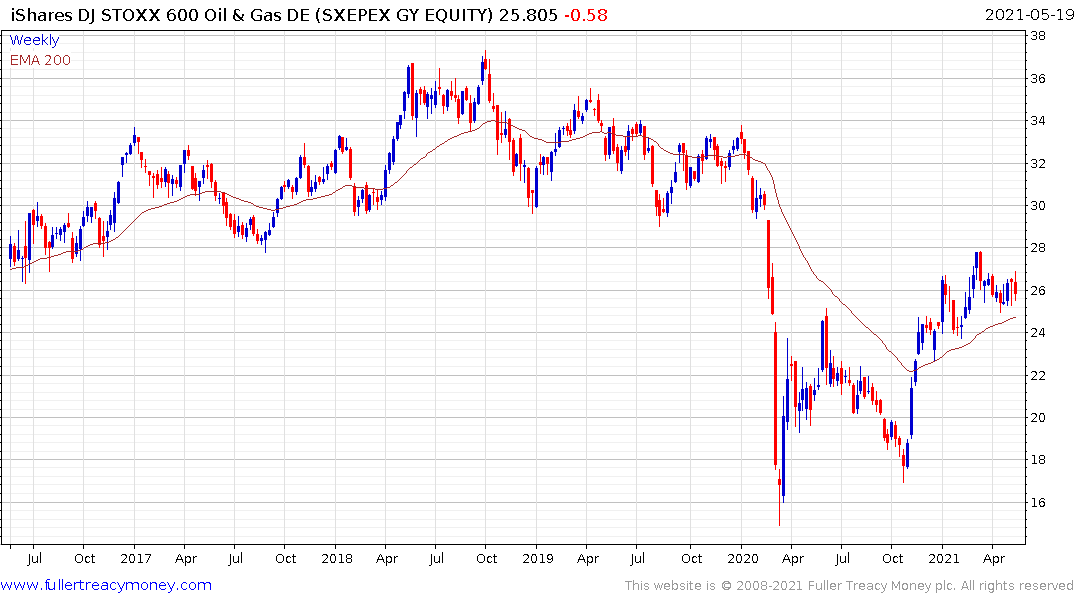 That trend out carbon emissions outperformance has acted as a headwind to the performance of the European oil sector and that is likely to remain the case.