Volkswagen AG secured 20 billion euros ($25 billion) in battery supplies to underpin an aggressive push into electric cars in the coming years, ramping up pressure on Tesla Inc. as it struggles with production issues for the mainstream Model 3.

The world’s largest carmaker will equip 16 factories to produce electric vehicles by the end of 2022, compared with three currently, Volkswagen said Tuesday in Berlin. The German manufacturer’s plans to build as many as 3 million of the cars a year by 2025 is backstopped by deals with suppliers including Samsung SDI Co., LG Chem Ltd. and Contemporary Amperex Technology Ltd. for batteries in Europe and China.

With the powerpack deliveries secured for its two biggest markets, a deal for North America will follow shortly, Volkswagen said. In total, the Wolfsburg-based automaker has said it plans to purchase about 50 billion euros in batteries as part of its electric-car push, which includes three new models in 2018 with dozens more following.

Volkswagen needs a new strategy if it is going to get past the diesel scandal, so embracing batteries whether for all-electric or hybrid vehicles is a solution. By committing to such a large purchase of batteries it will overtake Tesla as the largest consumer and this announcement helps to backstop demand for the world’s largest battery producers as well as the miners that produce the requisite metals. 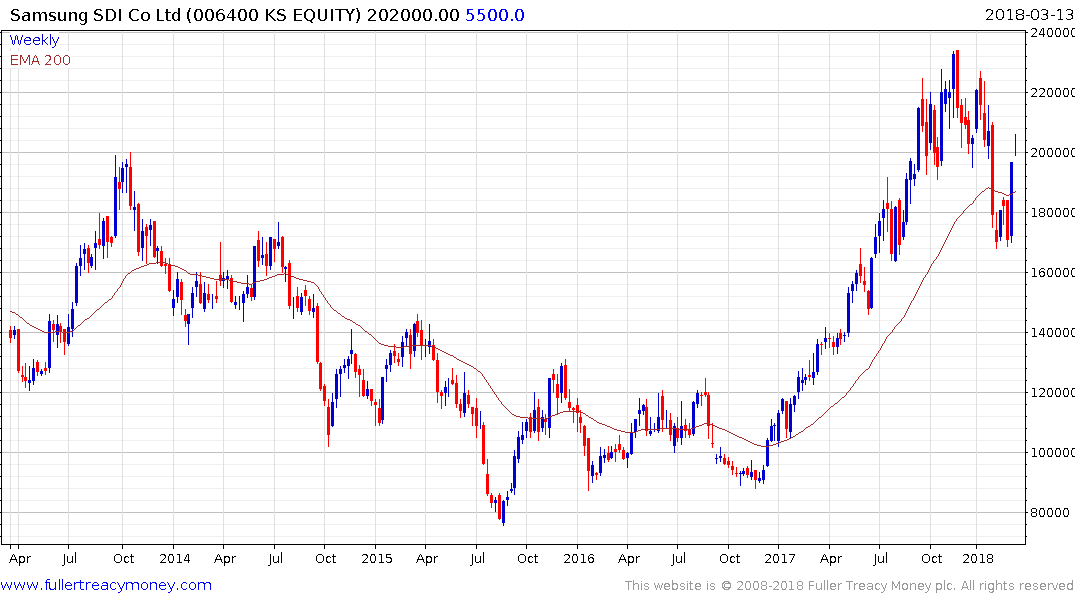 Among battery producers, Samsung SDI bounced emphatically from the region of the trend mean last week and improved on that performance this week. 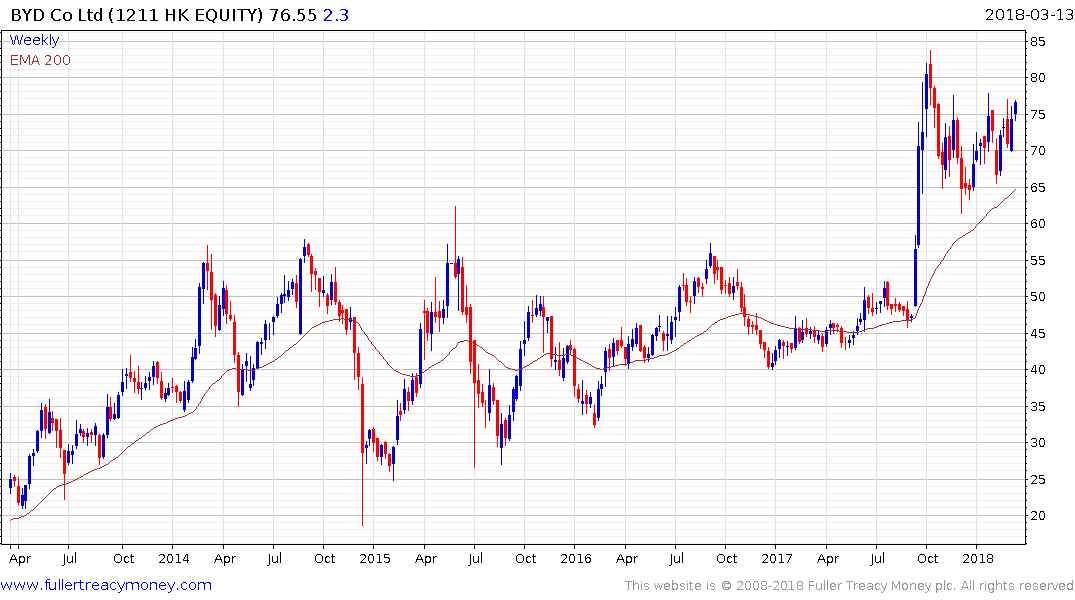 BYD also continues to firm from the region of the trend mean. 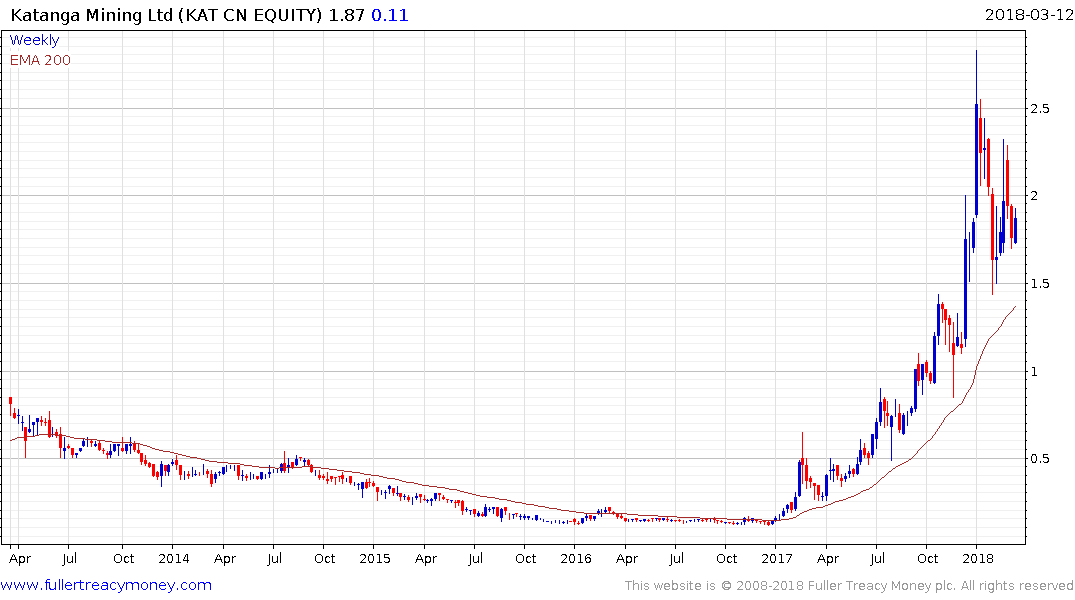 Cobalt producer Katanga Mining is firming from the region of the trend mean. 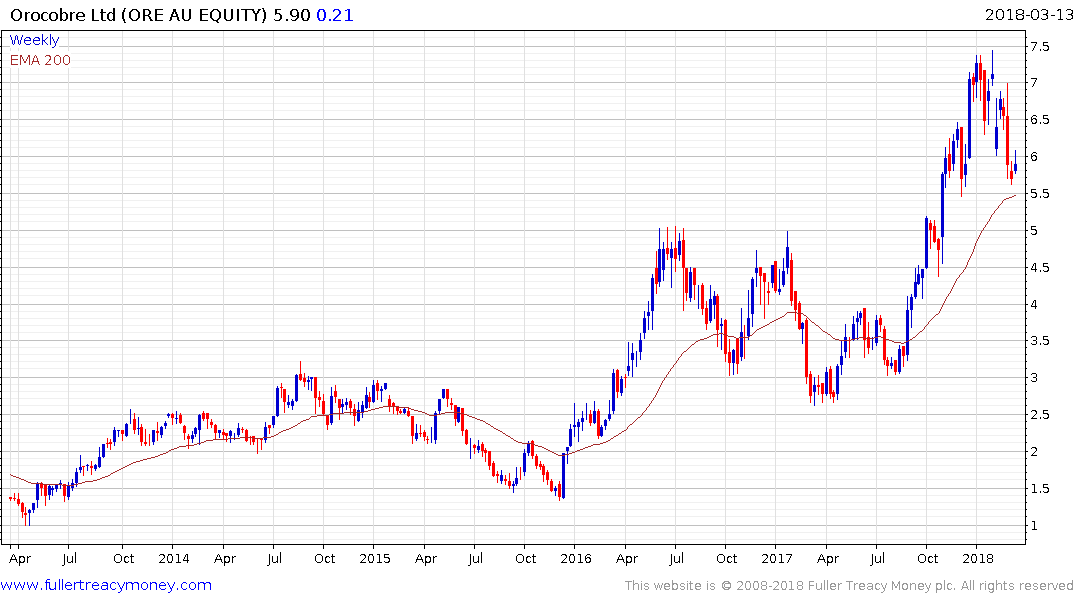 Among lithium producers Orocobre has unwound its overextension relative to the trend mean and is now firming from that area.