The US government has announced "an unprecedented set of actions" to pump up the country's plug-in electric vehicle market, including US$4.5 billion in loan guarantees to create a nationwide network of commercial scale and fast charging stations. The initiative to push for greater electric car adoption calls for a collaboration between federal and state agencies, utilities, major automakers and other groups.

The initiative will identify zero emission and alternative fuel corridors across the country, to determine the best locations to put in fast charging stations, as part of the Fixing America's Surface Transportation (FAST) Act.

As part of a partnership between the US departments of energy and transportation, a 2020 vision for a national fast charging network will be developed, with potential longer-term innovations that include up to 350 kW of direct current fast charging. According to the administration, a 350 kW DC system could charge a 200-mile-range battery in less than 10 minutes. For comparison, Tesla just boosted some of its Superchargers' power capacity to 145 kW, which is claimed the fastest currently available.

Governments are getting behind the need for a jump in the efficiency of batteries. If electric vehicle range anxiety is truly to be overcome batteries that can power a car all day, with the air conditioning on, while charging my phone and iPad as I listen to the radio are required. Many people feel they need a workhorse that can fulfil just about any task rather than just commuting. Continued high demand for light trucks is testament to that which is probably why Elon Musk gave a nod to heavier vehicles when announcing his latest growth plan last week.

The good news is that the innovations required to deliver greater efficiencies are slowly being developed but are not yet commercial. That means issues with range anxiety are likely to be resolved within the decade which could see the number of electric vehicles on the road multiply not least as Tesla’s Model 3s hit the road.

The gigafactory Tesla is racing to complete in Nevada will build slightly larger battery packs but will not represent new technology. They are going for economies of scale in massively increasing the number of electric vehicle batteries rather that breaking the mould of what is currently on the market. 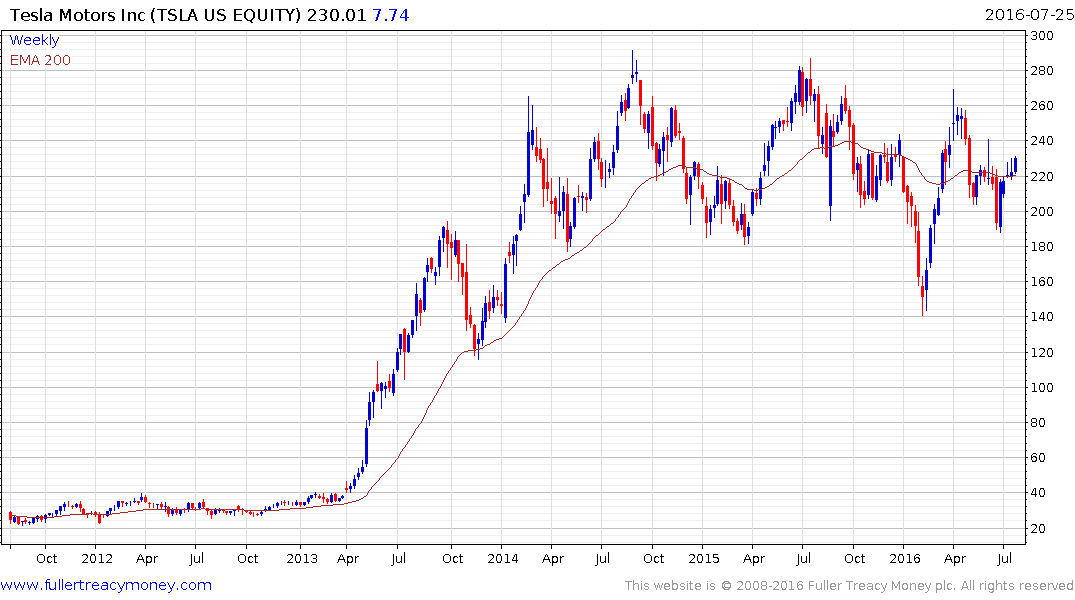 Tesla has bounced once more from the $200 area and a sustained move below that area would be required to question potential for higher to lateral ranging. 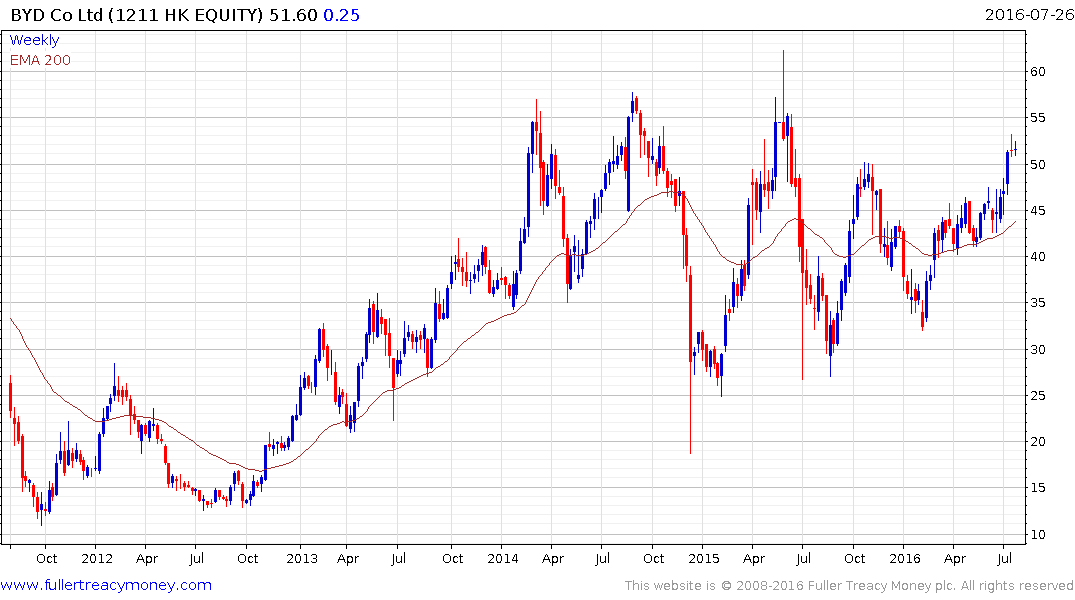 BYD rallied earlier this month to post a new 12-month high and a sustained move below the trend mean would be required to question medium-term scope for additional upside. 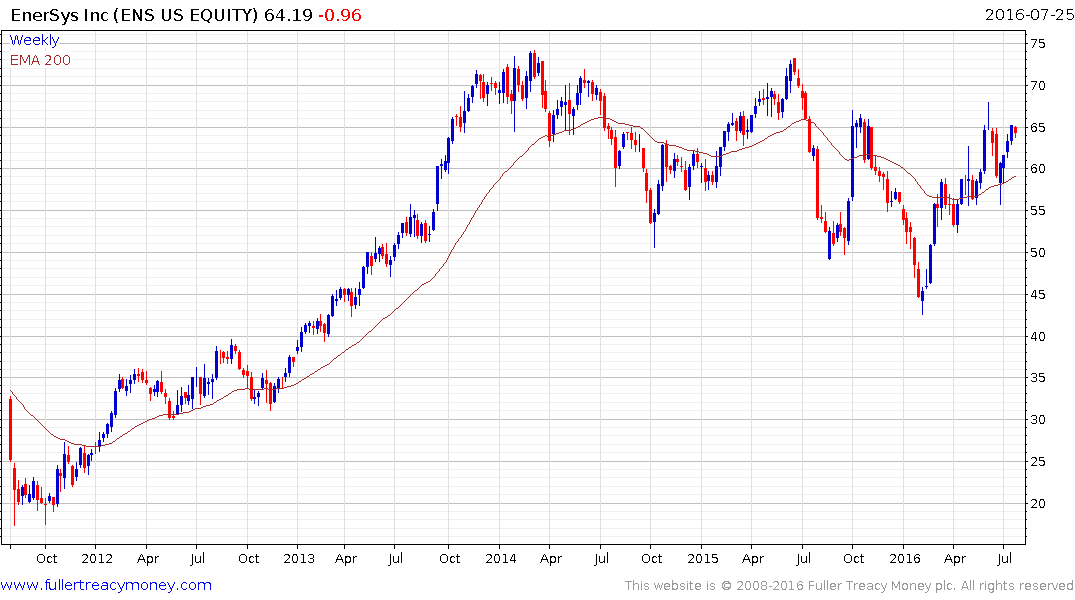 Enersys has been ranging mostly below $65 since October but is testing that level again and a clear downward dynamic would be required to question potential for additional upside.

Of course it is not just governments that are investing in new battery technology. Total Group announced its intent to purchase Saft Groupe in May. This follows the energy company’s decision to purchase SunPower in 2011 for its solar panel business. Of course neither of these businesses move the needle in terms of Total’s earnings, which remain tied to oil and gas, but it does highlight how energy companies are responding to the challenge of a potential peak in oil demand.