S&P Global reported that the bill effectively provides for the military to continue a policy under President-elect Joe Biden that classifies the domestic supplies of certain minerals such as uranium, graphite and lithium as vital to national security

Ensuring ready demand for North American supply is an important support for the uranium mining sector. Many miners have been producing uranium at a loss because of significant oversupply and the price war Kazatomprom imposed. It’s been years in the making but the big question is whether the excess supply has been worked off.

The next question is whether the ascendent green movement will warm towards next generation nuclear as a fossil fuel-free energy solution. So far, there has been more enthusiasm for unproven hydrogen technologies than shovel ready nuclear plans. 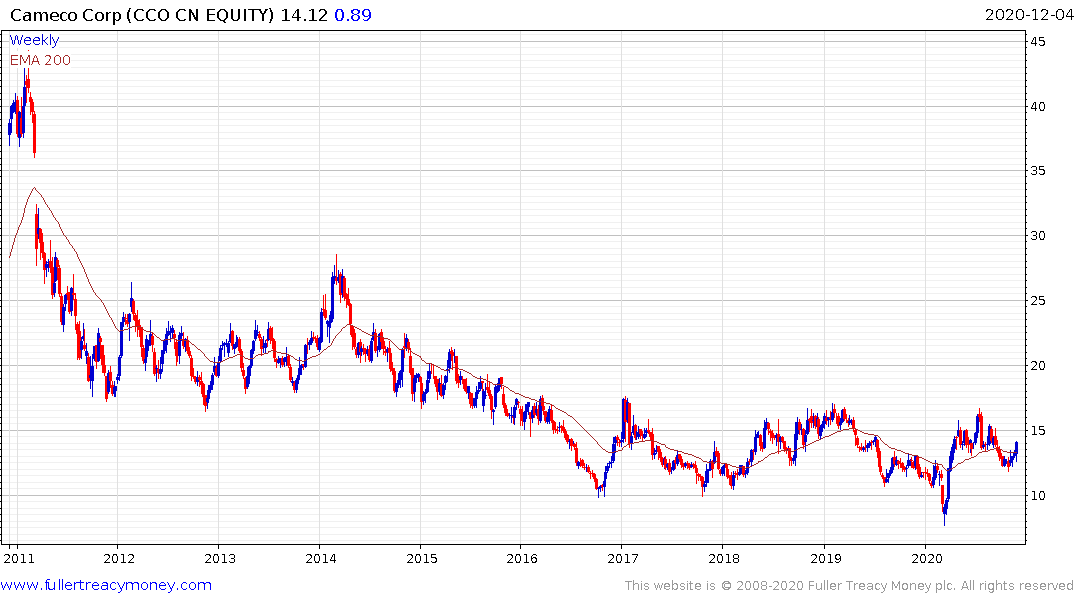 Cameco has base formation characteristics and is currently rallying towards the upper boundary around C$17. A sustained move above that level would be required to signal a return to medium-term demand dominance. 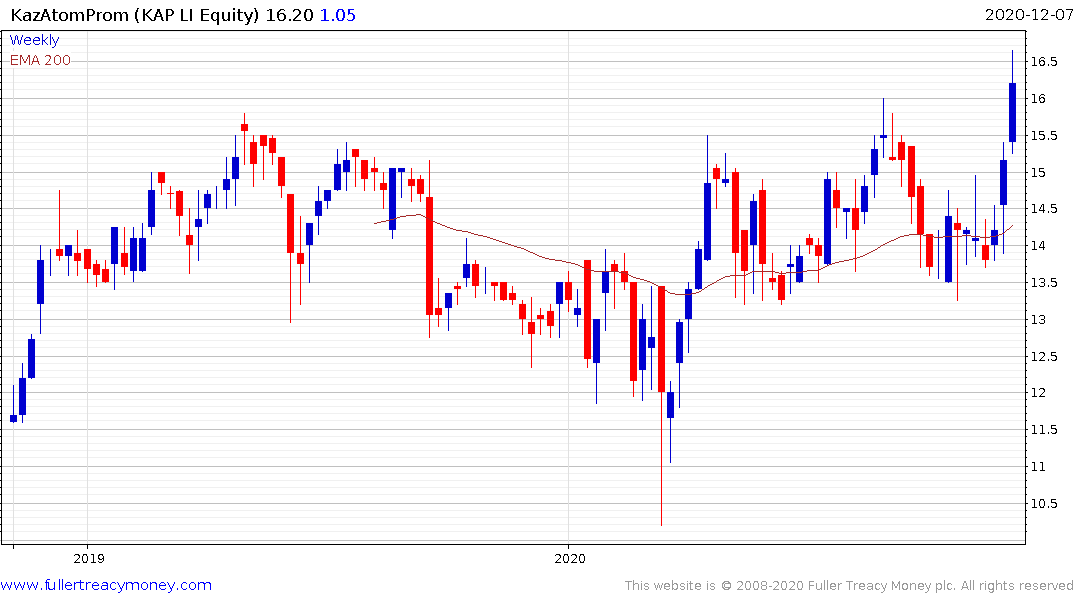 Kazatomprom hit a high today and is the world’s lowest cost producer.