Enviro Minister Schulze recently said that Germany will stick to its timetable to close the last nuclear reactor by YE22.  Some critics like Volkswagen CEO Herbert Diess believe that it should wind down coal before nuclear. A recent Forbes article “What Does It Actually Cost to Charge Up an Electric Car focused on cost of charging an EV.  We took it one step further and also determined the environmental impact of Germany’s decision.  Given that France’s electricity generation is 73% nuclear and Germany is only 12%, we compared estimated costs and emissions associated with charging a Tesla Model S with a 100-kWh battery. First off, electricity prices appear 45% lower in France.  Secondly, CO2 emissions from electricity generation to charge an EV in France is just 13% of what it is in Germany. Yes, Germans would see a 140% CO2 reduction by using EV’s versus that from an average ICE vehicle, but the French would see a 1,720% CO2 reduction.

For the green movement there is no greater cause celebre than to combat nuclear proliferation. That consideration more than any other fired the resolve of Angele Merkel to wind down Germany’s nuclear industry following the Fukushima disaster even though Germany is not a seismically active area.

That decision has been one of the primary reasons Germany is nowhere near meeting its Paris Climate commitments despite some of the highest prices for energy of any developed country and having spent billions on wind farms and solar panels.

With Germany’s economy teetering on the brink of recession and Angela Merkel’s tenuous grip on power, there is little chance of a real change since the Green Party is likely to be one of the primary beneficiaries during the next election. 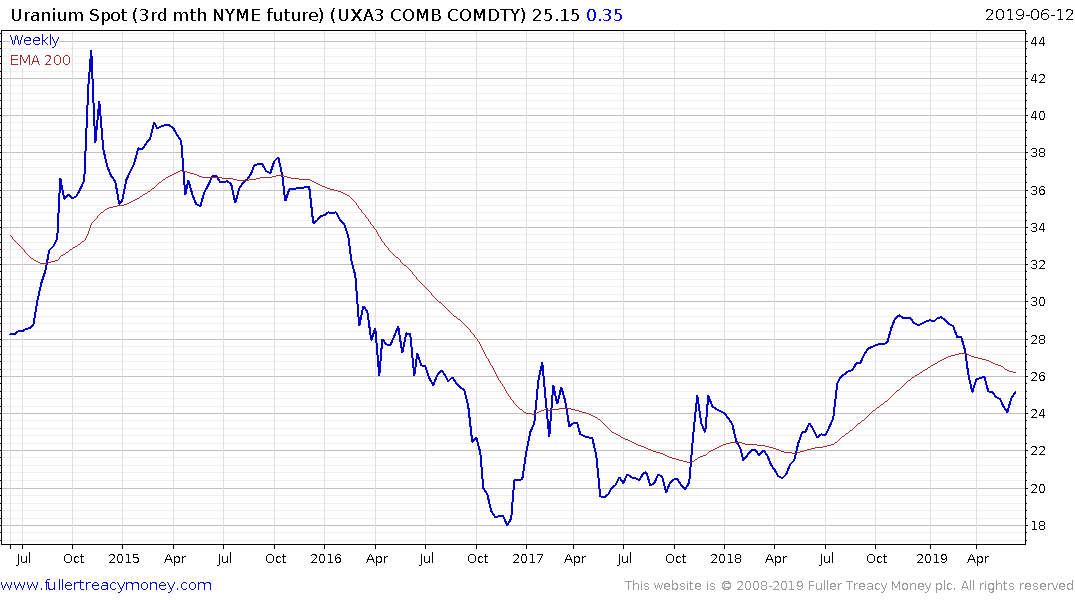 The uranium price has held a progression of higher major reaction lows since late 2016 and is currently bouncing. It needs to hold the recent low near $24 if continued higher to lateral ranging is to be given the benefit of the doubt. 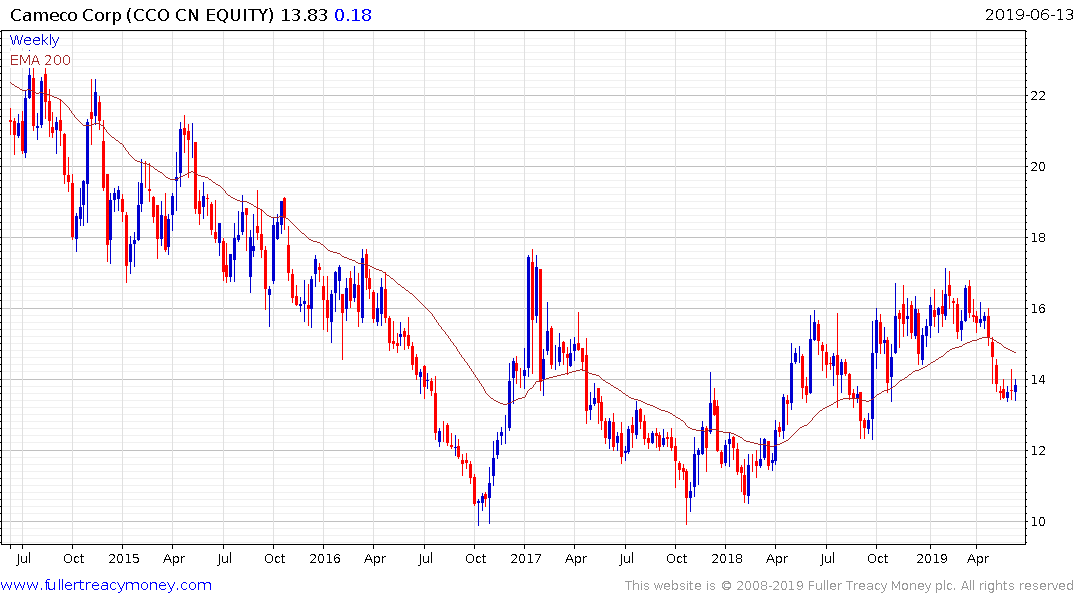 Cameco is struggling to hold its lows but will need to do so if the upward bias to trading is to be sustained.