The U.S. on Sept. 12 expanded sanctions against Russia to include OAO Sberbank, the country’s largest bank, because of the fighting in eastern Ukraine. The EU added 15 companies such as Gazprom Neft and OAO Rosneft, and 24 people to its own list of those affected by its restrictions.

In Canada, voting on Cameco’s new labor agreement will happen once workers are back on the job, the United Steelworkers said Sept. 12. The Saskatoon, Saskatchewan-based producer said Aug. 27 it had started shutting down the mine after receiving a strike notice from the union.

An agreement to end the strike will be negative for the uranium sector, Rob Chang, the head of metals and mining at Cantor Fitzgerald in Toronto, said in a Sept. 12 note. The brief shutdown may affect about 900,000 pounds of supply, he said.

The repercussions of the sanctions on Russia continue to be felt across an increasing number of sectors. Locking Sberbank out of large international capital markets is a major impediment to Russia accessing the working capital necessary to fund normal financial markets operations. By comparison, the ban on salmon exports from Europe and Norway has been a boon for the Faroe Islands but in the wider scale of things a pretty small consideration. Russia’s tactical advantages lie in the energy sector and potentially in the cyber sector.

At any time Russia could decide to curtail natural gas shipments to Europe. This would necessitate that Europe find gas somewhere else in a hurry and this does not appear to be something that they have planned for. Inhibiting access to enriched uranium for nuclear power plants could also be a potential headache for European utilities. In addition to the strike at Cameco’s MacArthur mine, the catalysts for at least short-term increased interest in uranium are falling into place.

The uranium price pushed back above the 200-day MA for the first time since 2011 in late August and continues to extend its rally. A clear downward dynamic would be required to check momentum in the short term. The price will need to find support at progressively higher levels, following pullbacks, if medium-term recovery potential is to be given the benefit of the doubt.

Among the better performing shares in the uranium miners section of the Chart Library: 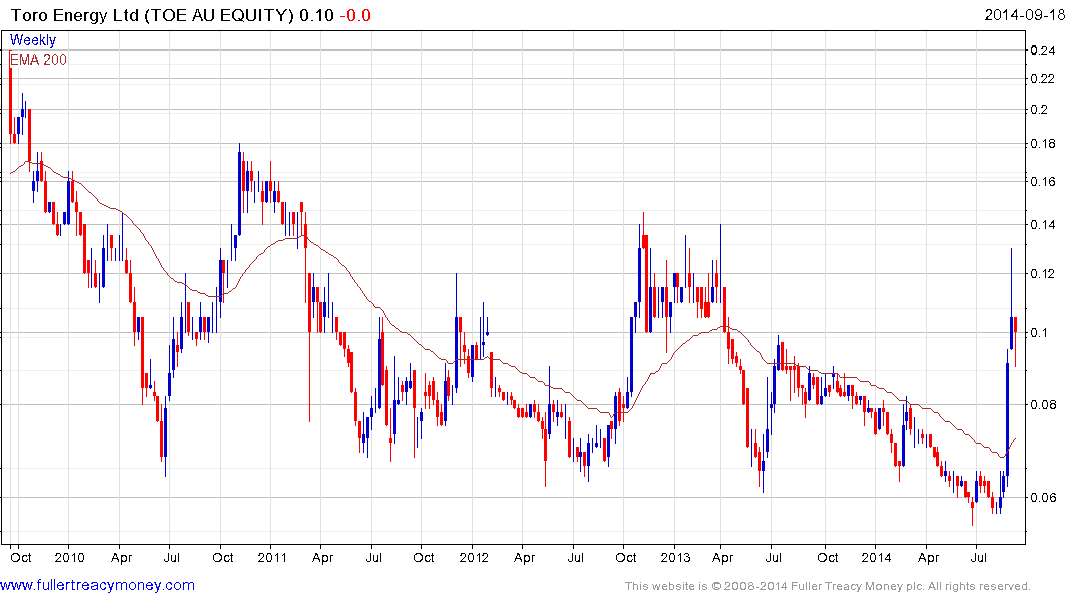 Australia listed Toro Energy surged in late August on news of restrictions on exports of uranium to India being lifted. The share will need to hold the majority of the advance and sustain a move above 13¢ if medium-term recovery potential is to be given the benefit of the doubt. 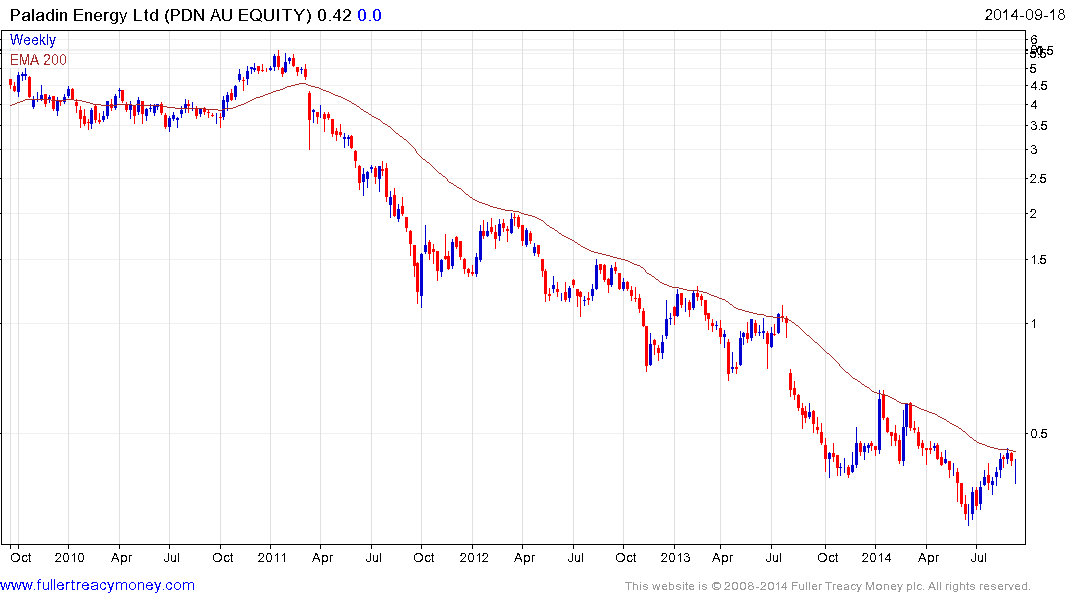 Paladin Energy is also listed in Australia and continues to pause in the region of the 200-day MA. A sustained move above it would suggest demand is returning to dominance beyond the short term. 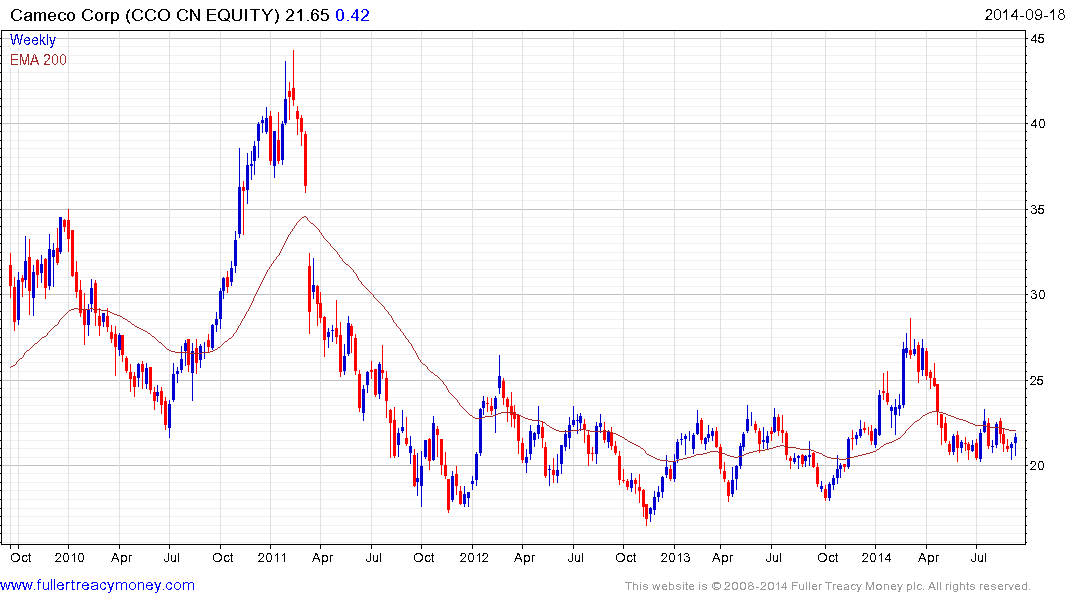 Canadian listed large cap Cameco continues to firm in the region of C$20 and a sustained move below that level would be required to question current scope for additional higher to lateral ranging.