That view has been buttressed by some recent announcements. On Tuesday, the French government said it will help a state-controlled utility company develop so-called small modular nuclear reactors by 2030, a move President Emmanuel Macron signaled as key to reducing global carbon emissions. Japan’s new prime minister said that the nation should replace aging nuclear power plants with such module reactors. 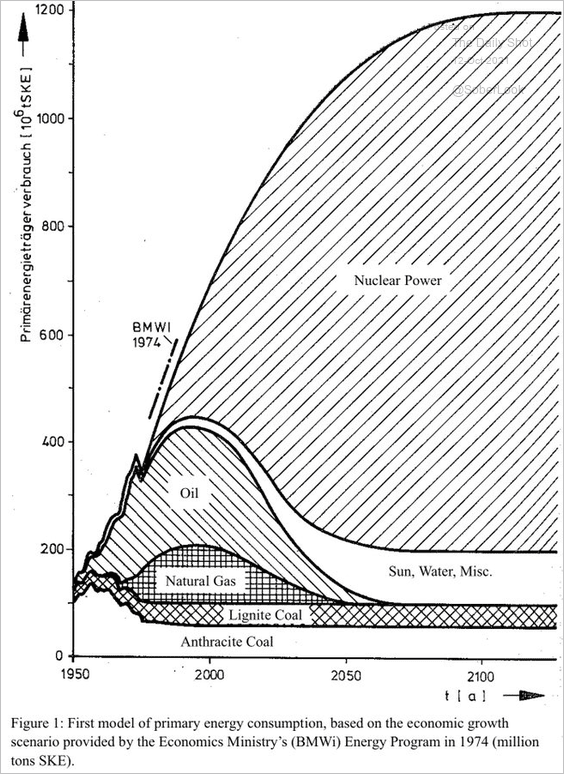 The big question for investors is whether this time is truly different. There are three big reasons to expect nuclear power to be a bigger part of the energy mix in future. The first is the adoption of carbon emissions taxation on a global basis. Europe is leading in this regard and is foisting its model onto its trading partners. That has resulted in China also now adopting a modest emissions trading scheme, while the USA and other countries are moving in that direction. Ultimately, the supply of base load with zero emissions will outcompete any intermittent source of power.

The second is geopolitical. The USA is now functionally energy independent. That represents a significant challenge for both Europe and China. Energy independence was a nice-to-have aspiration in the past, now it is a priority. It’s hard to imagine how that can be achieved without reversing the decline of nuclear power in the energy mix. The UK’s experience of morphing from an energy exporter to importer since 2004 highlights the relative advantage of energy independence and the country’s new found enthusiasm for reactor construction.

The third is technological. Generation IV reactors are much safer, less open to weapons proliferation and cheaper to construct.

All of that has to compete with negative media attention for the sector following occasional accidents. 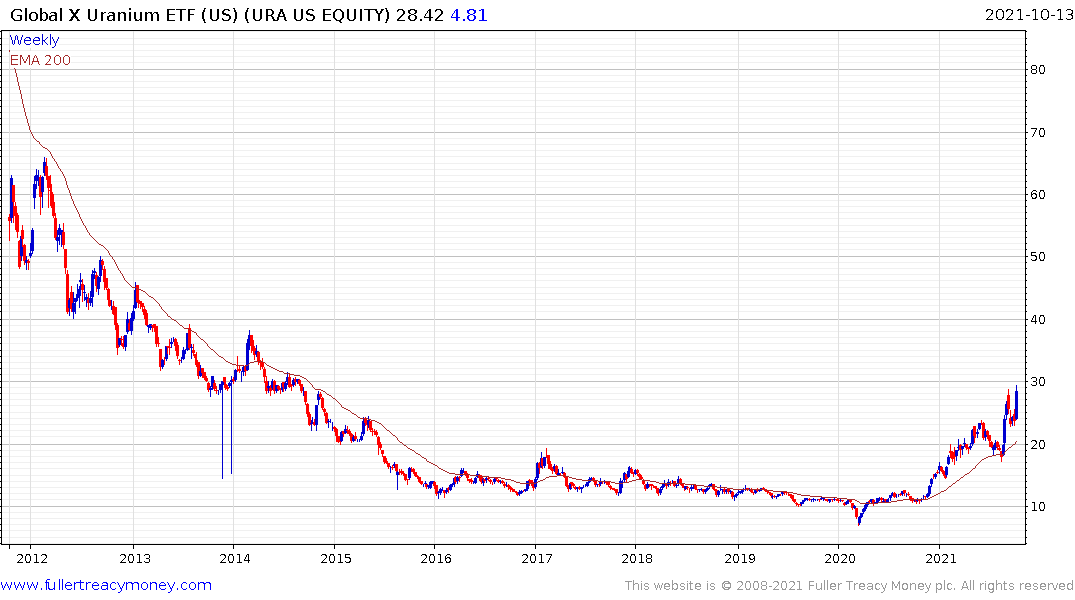 At present uranium is recovering and the Global X Uranium ETF is back at the upper side of its first step above the base. The bull market is likely to persist until there is a significant increase in mined supply. The major producers have probably been sufficiently chastened by the extent of the bear market that they will be slow to invest in new mines.