The uranium sector has had a number of false dawns over the last decades. The reason for an inability to reach escape trajectory from the lengthy base formations was KazAtom’s policy of flooding the market and driving high-cost producers out of business.

So far, the policy has been quite fruitful. Cameco, the 2nd largest producer, has been able to survive by closing its signature Cigar Lake mine and buying on the spot market to fulfil long-term contracts. Until the supply surplus is exhausted it will BE difficult for related shares to sustain breakouts. The potential for a friendlier regulatory environment would certainly improve the supply/demand outlook. 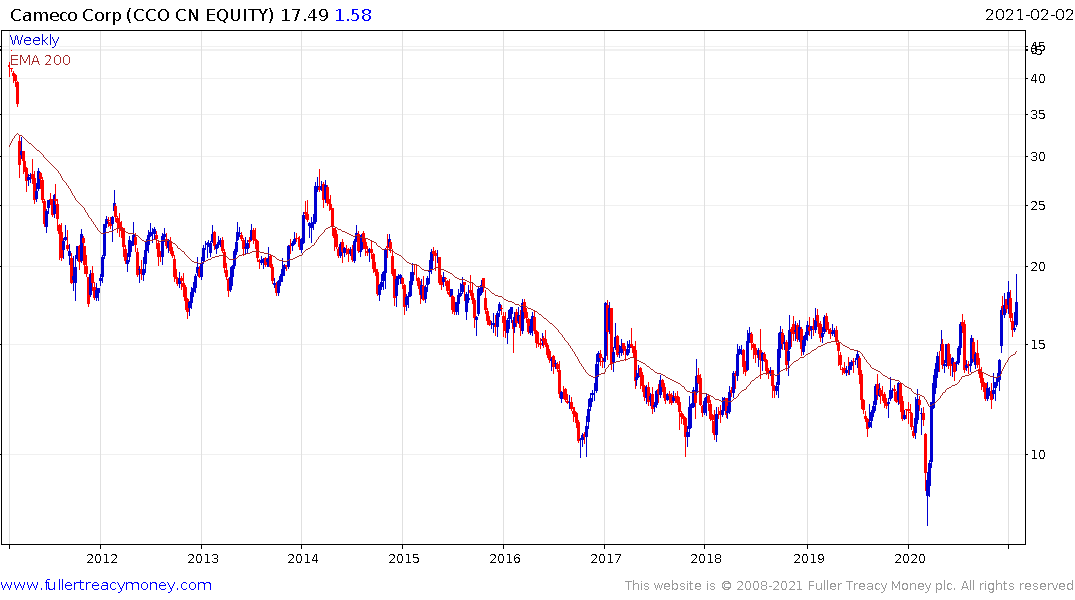 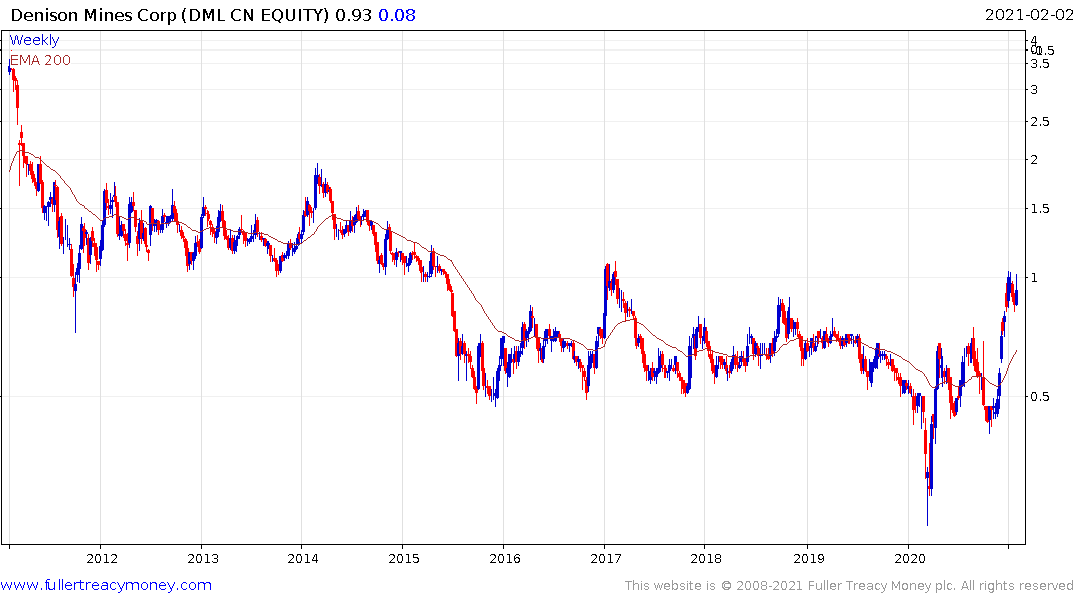 Cameco and Denison Miners popped on the upside yesterday but did not sustain the moves and remain towards the upper side of their respective bases. 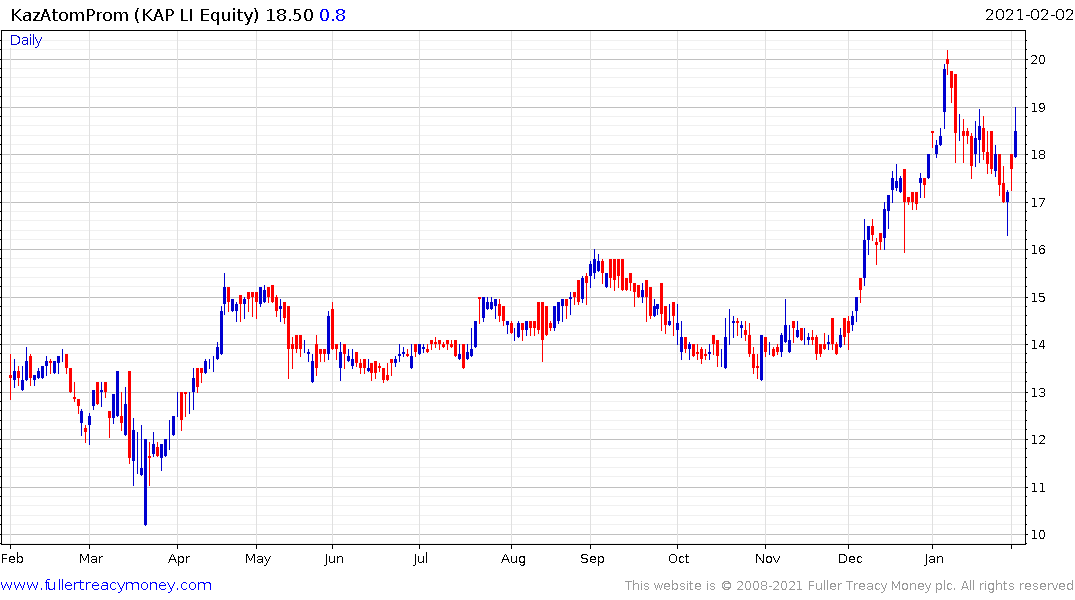 KazAtom has broken out and is forming a first step above its base. 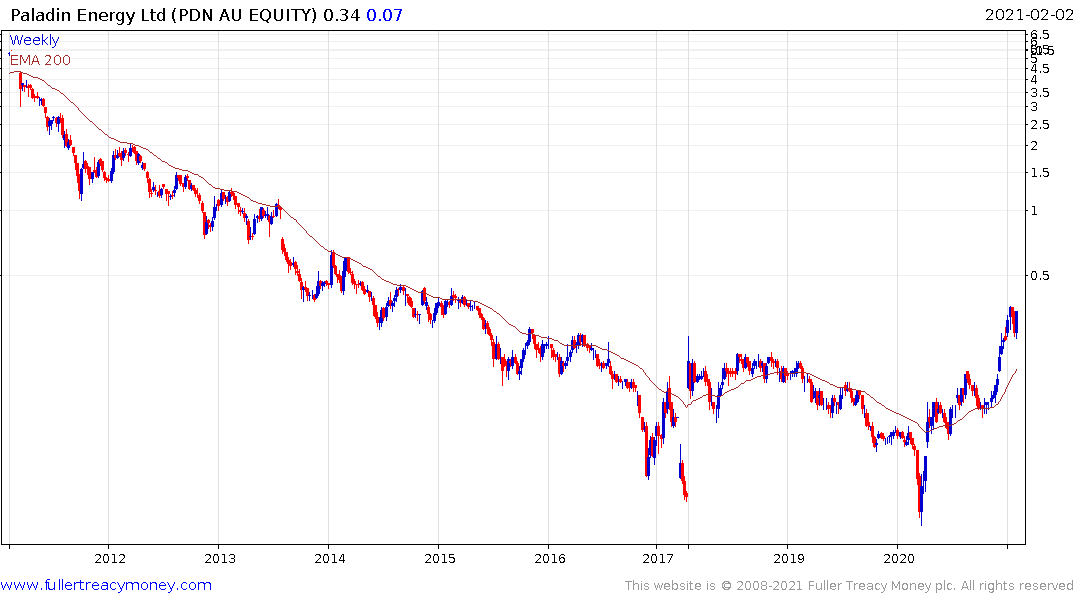 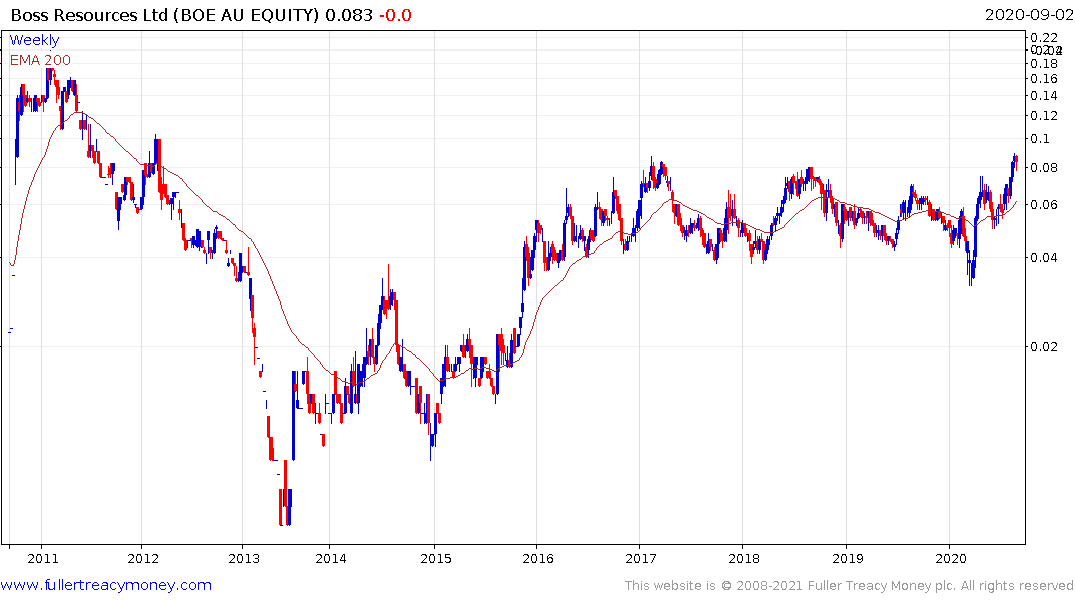 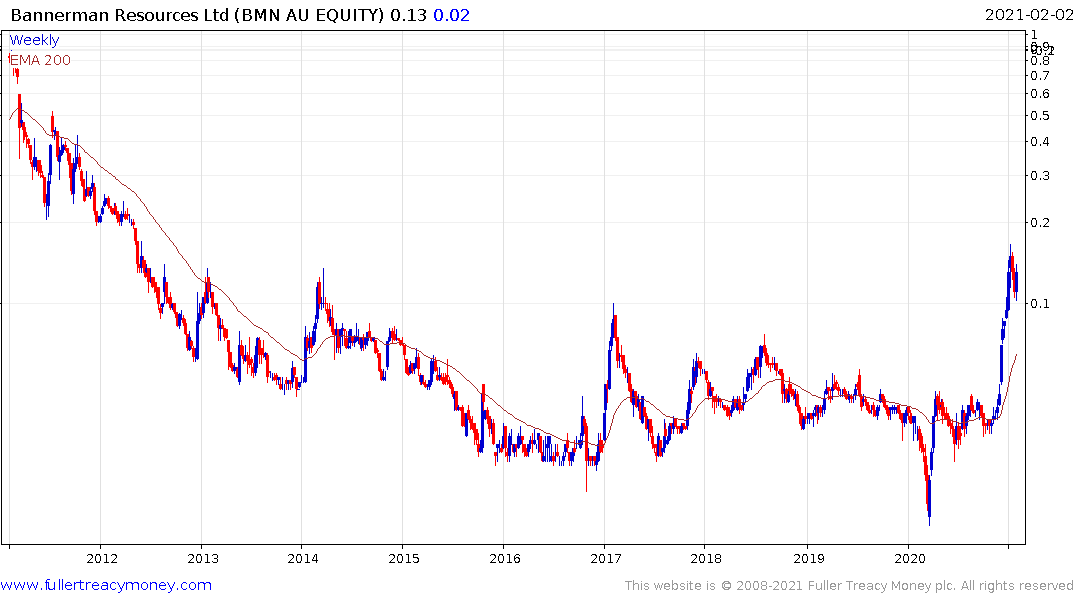 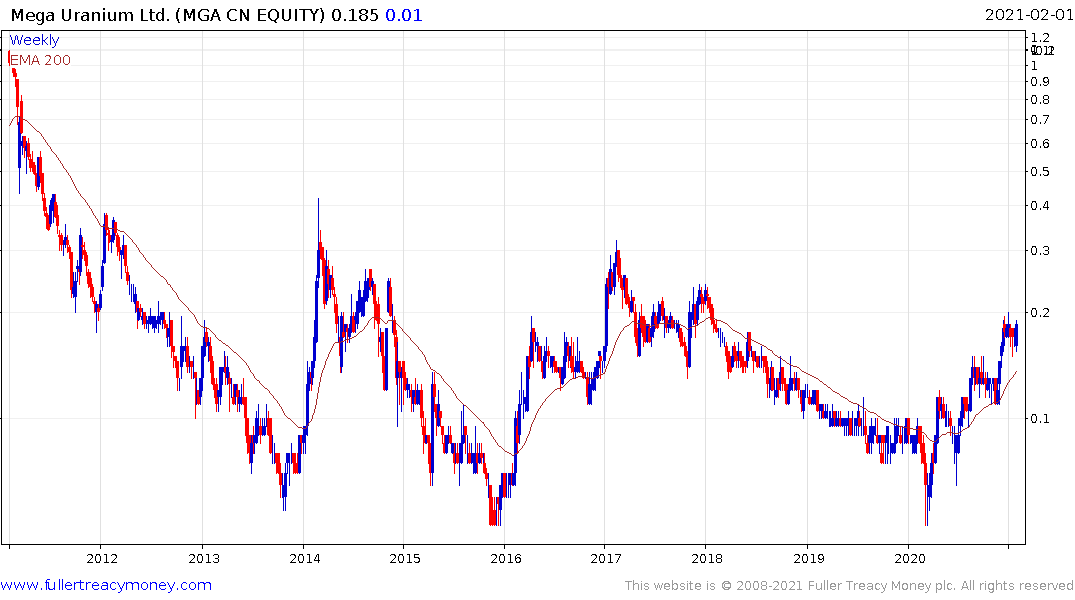 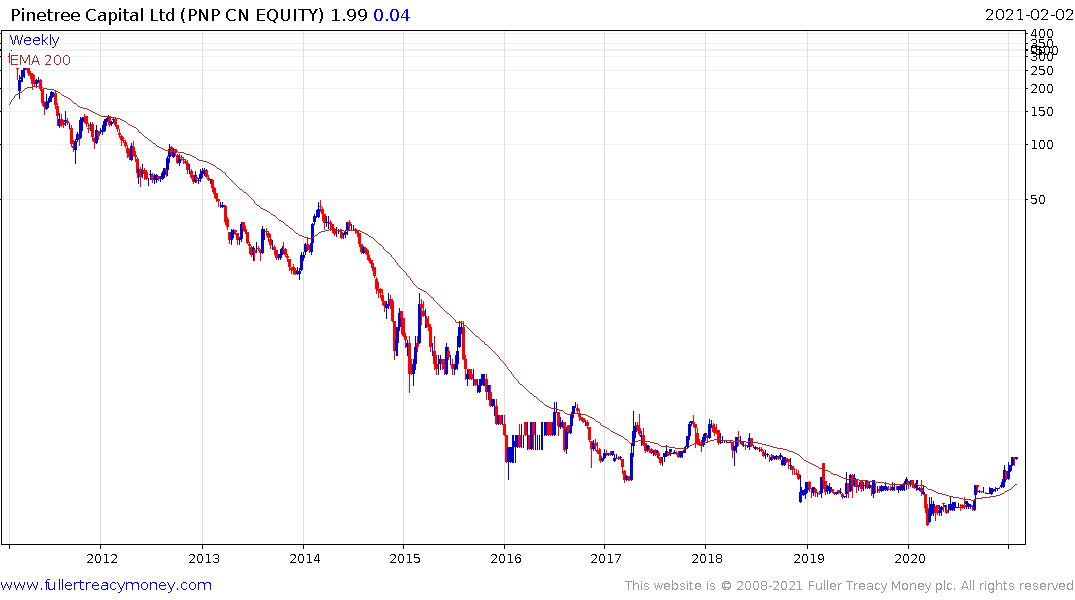 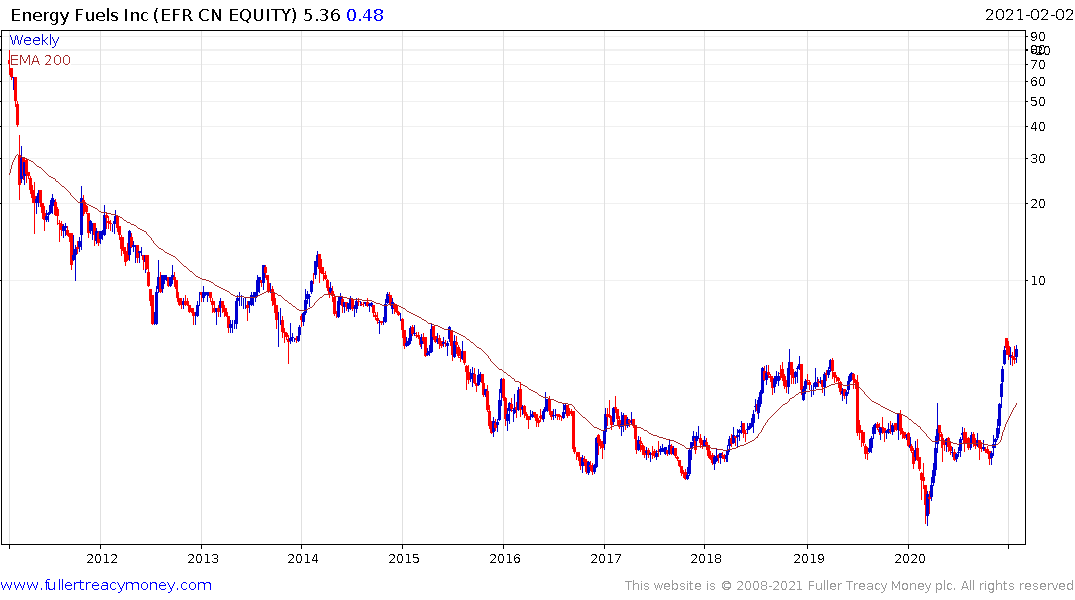 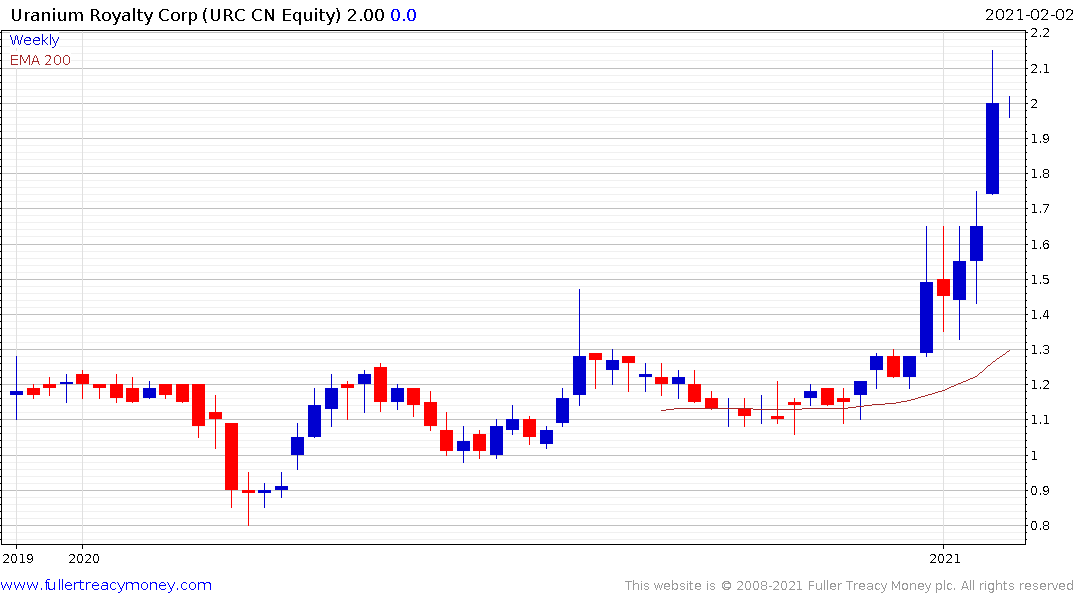 The best performer in the sector is a relatively new entrant and is playing the sector through royalties. Uranium Royalty Corp continues to extend the breakout from the range that formed following its stock market entrance in early 2020.