While trucker protests in China have occurred in the past amid complaints of road tolls, fuel prices and excessive fees, Geoff Crothall, spokesman for the labor monitoring group, said he couldn’t recall trucker protests of a similar scale. He estimated thousands of truckers participated.

As they have the world over, gas prices have risen in China this year, by 8.6%, according to data from the Ministry of Commerce. Taxes and other fees generally make gas more expensive in China than the U.S., and on top of that the government sets the prices, lagging changes in international oil markets by 10 days or more.

China’s National Development and Reform Commission, which sets those prices, announced Friday that it would cut the retail price of gasoline and diesel by 130 yuan ($20.29) per ton for gasoline and 125 yuan per ton for diesel. The new prices, effective this past Saturday, reflect a recent retreat in global oil prices. In the central province of Anhui, a transportation hub where protests occurred, gasoline now costs $3.99 a gallon, and diesel $4.04 a gallon.

Rising fuel costs have elsewhere prompted worker frustrations to spill over, most notably in Brazil, where protesters blocked highways and halted shipments of food, fuel and medicine before the government called in the military to help end the strike. Other trucker protests have also recently broken out in Iran.

Trucking has been all over the news recently with strikes in China and Brazil over high fuel prices and low pay while the USA is in dire need of 50,000 drivers.  These trends point to the fact the USA is close to full employment so attracting workers is becoming an issue while all three countries share upward pressure on wages. Higher shipping rates are inflationary because it will put pressure on companies to cover the increasing costs by raising prices for the end customer.

OPEC today said it was worried about demand growth as it plans to increase supply. Having achieved prices for oil which are close to breakeven for social programs the last thing OPEC nations want is to see are significantly lower prices. 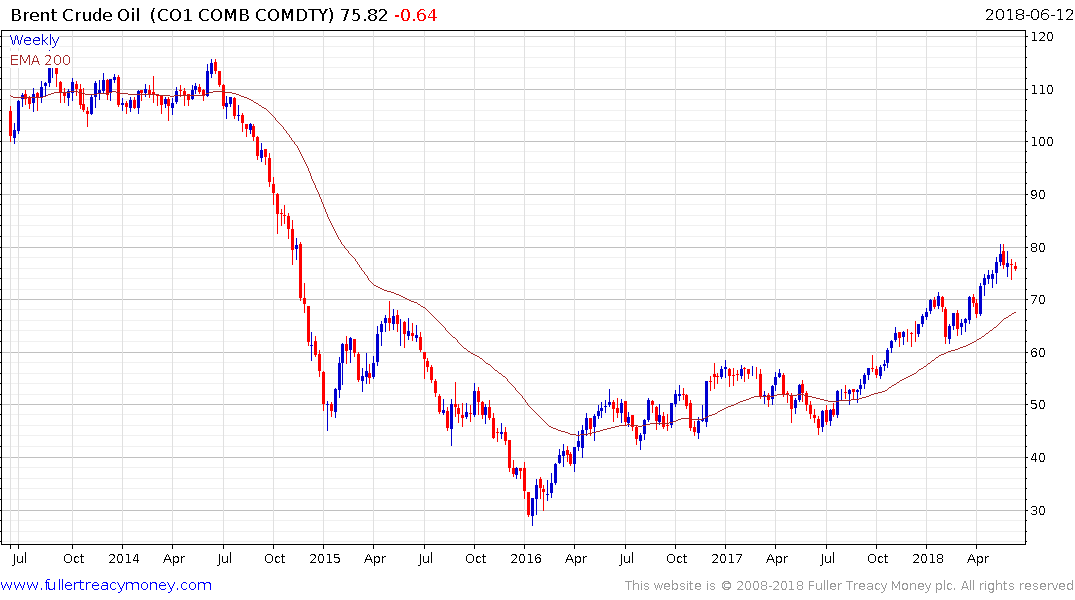 Brent Crude oil prices continue to pause below $80 in what has the hallmark of a reversionary move back towards the mean. 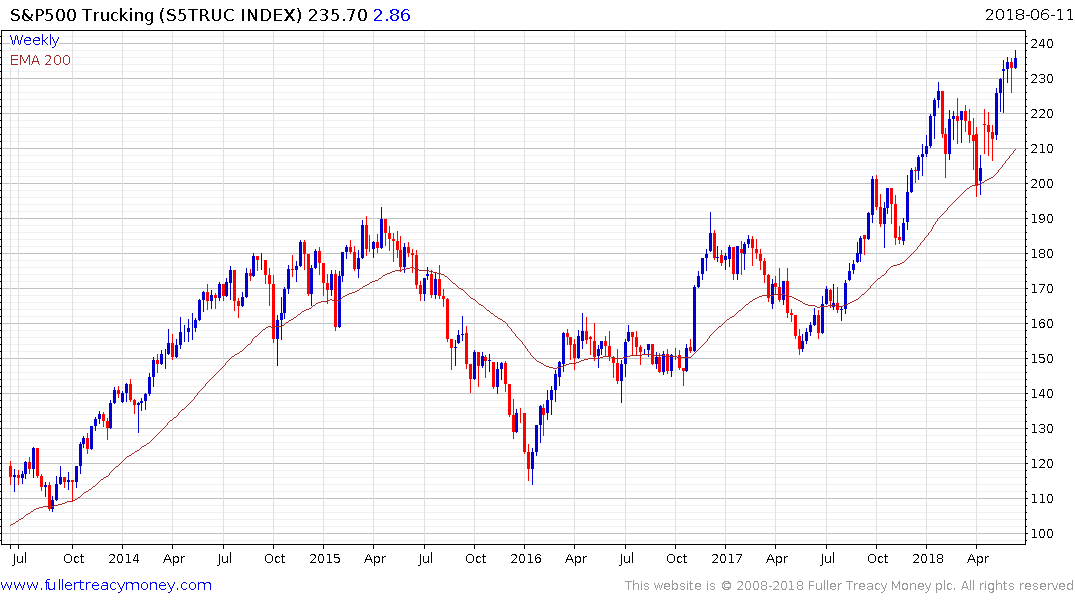 The S&P500 Trucking Index broke out to new highs two weeks ago and clear downward dynamic would be required to question medium-term scope for continued upside.