Gains in Treasuries may be partly driven by short-covering, which appears to have contributed to Thursday’s U.K.-led rally. CME Group Inc.’s preliminary open-interest data for Treasury futures show steep declines, in particular for the two-year note contract. Open interest in two-year note futures fell 2.3%, its biggest drop in three weeks.

Fed officials continue to emphasize that inflation is too high even as they hope to foster labor-market recovery by keeping interest rates low.

Federal Reserve Bank of Kansas City President Esther George Friday said “the risk of a prolonged period of elevated inflation has increased,” and “the argument for patience in the face of these inflation pressures has diminished.”

The declines in 10- and 30-year yields -- which fell as much as 6.5 basis points to 1.899%, the lowest since Sept. 23 -- come despite next week’s auctions of those tenors. The auctions, whose sizes were announced on Nov. 3, are smaller than the previous new-issue auctions in August, however. The reductions were the first since 2016.

The longer-term inflationary trend is being driven by wage demand growth and the upward pressure on the cost of housing and rents. However, it does not all happen at once, and some of the supply inelasticity factors that contributed to inflation over the last year are easing. 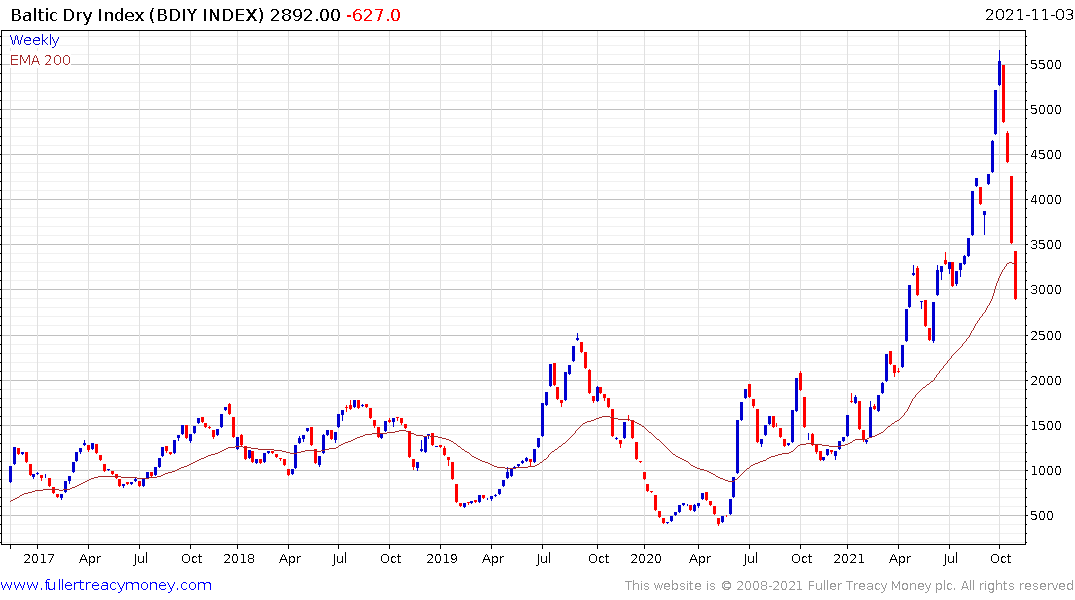 Shipping rates are coming back down quickly and traded below the trend mean this week. That’s a meaningful correction which will ease some inflationary pressures. The elimination of excess benefits took place a couple of months ago so as savings run down, more people will be encouraged back into the workforce. 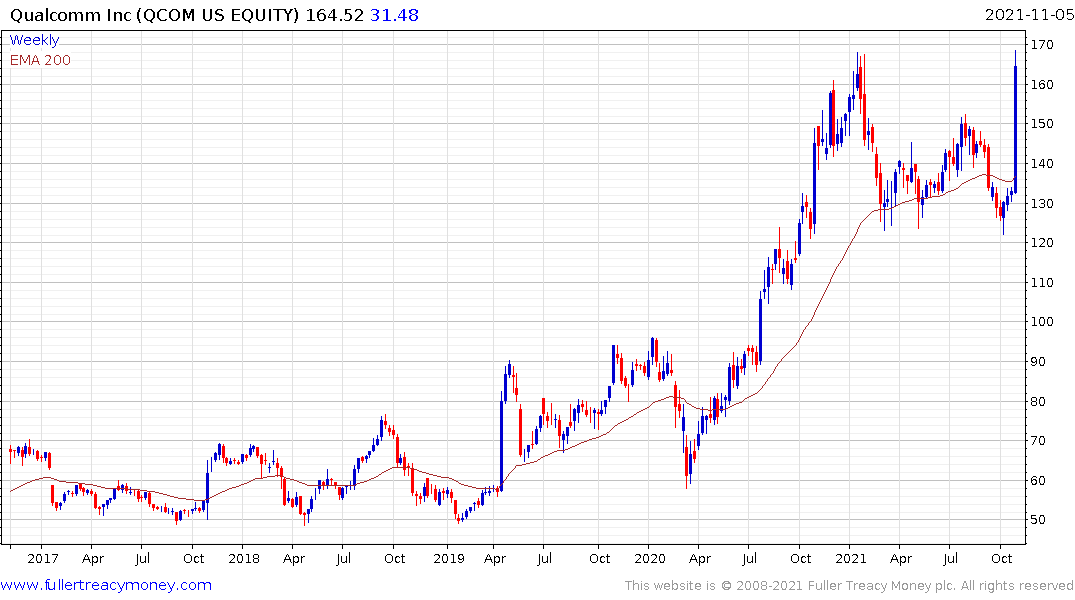 Qualcomm’s earnings call today suggests that the chip shortage will also ease next year. That should also help to mitigate some inflationary pressures. 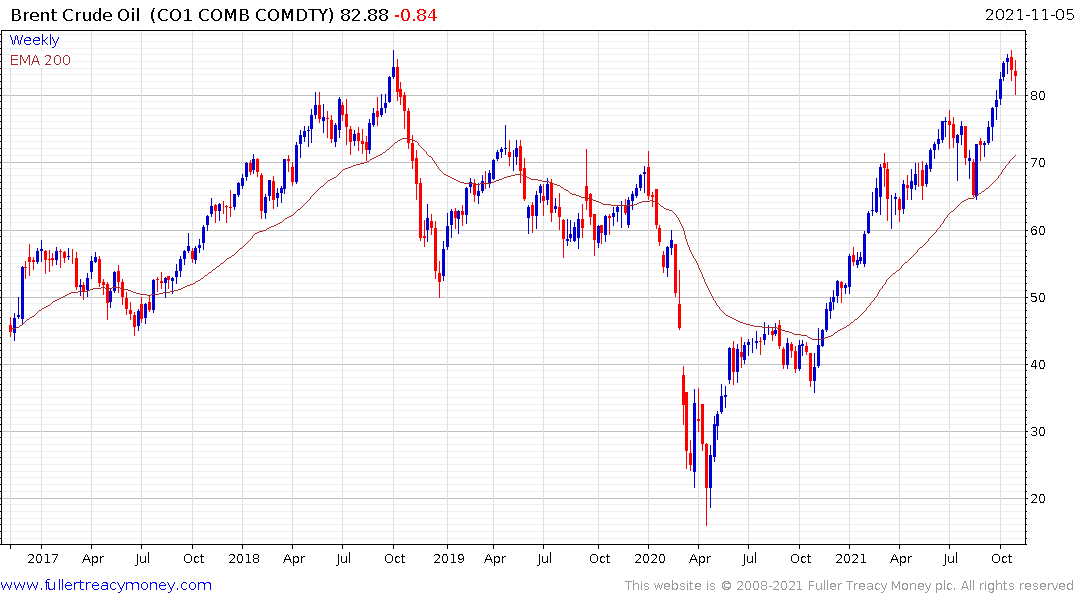 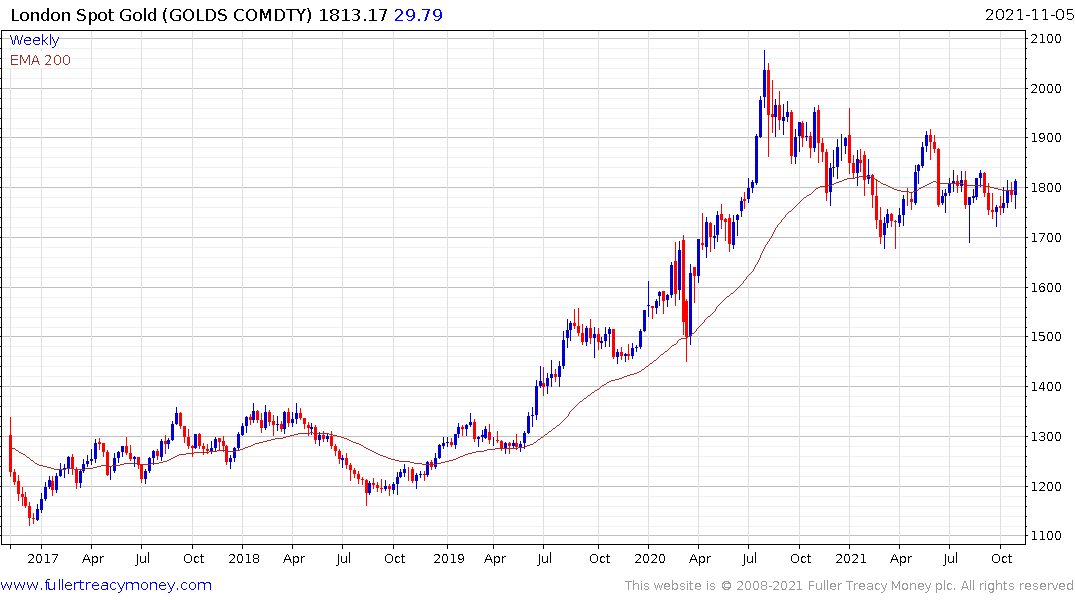 These factors point to a situation where the Fed will be under less pressure to raise rates in a hurry once the tapering schedule is completed next year. Gold’s bull market hypothesis rests on its store of value characteristics when central banks are unwilling to act in the face of inflation. 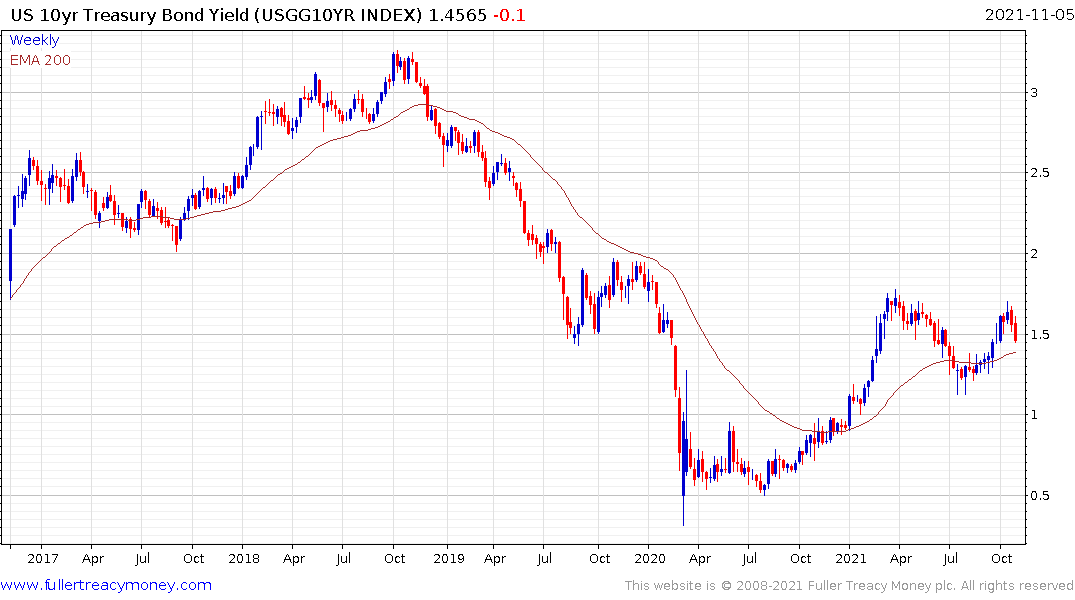 The price has been forming a triangular pattern for the last few months and is now retesting the most recent lower rally high. It will need to sustain a move above $1830 to confirm a return to demand dominance beyond the short term.