It’s hard to think of two metals with more disparate fundamentals than copper and lead, and long-term projections for prices reflect that. In one corner, there’s a metal that looks set to soar as it powers the world’s rapidly burgeoning renewable-energy and electric-vehicle industries, and in the other corner there’s lead. The highly toxic metal has been substituted out of virtually every product it’s been used in throughout history, and now the electric-vehicle revolution is posing a manifest threat to its last major application in conventional car batteries.

Still, for buyers scrambling to get hold of spot metal on the LME, the fact that lead prices are likely to crumble in the future will be of no comfort at all. And the general rule in commodities markets is that as long as buyers are bidding up spot prices, futures are likely to follow.

Every country has some form of a recovery plan from the pandemic and so does every consumer. That points to increased spending and not least because many purchases were delayed by the pandemic. That’s helping to support the price of all industrial resources since infrastructure spending is the go-to area for government stimulus. 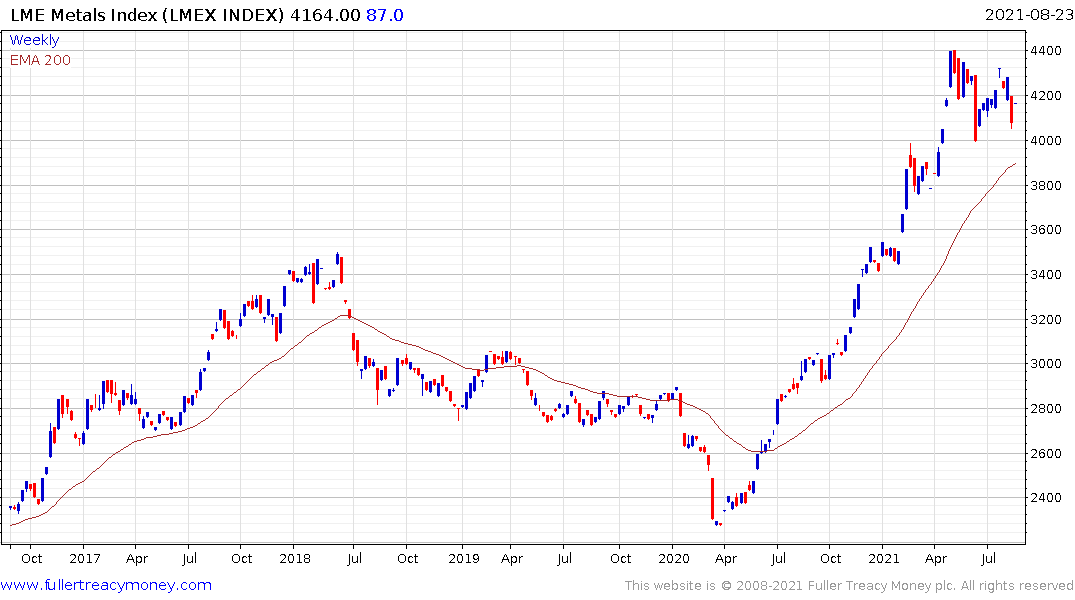 The LME Metals Index is heavily influenced by copper prices but a look at the constituents highlights the fact that every constituent is trending higher. 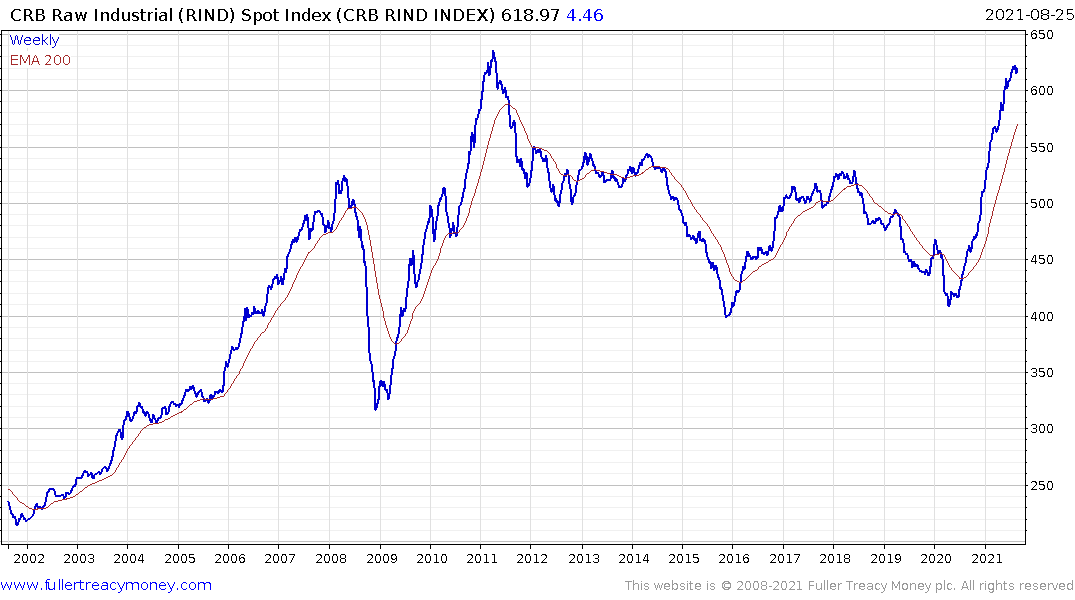 The CRB Raw Industrial Resources Index is comprised of a wider variety of commodities; including everything from burlap to butter, hides, lard, rosin, tallow as well as soybean oil scrap steel, zinc. The Index remains in as steep an uptrend as followed the credit crisis in 2008 but started from a higher base. That suggests there is room for continued upside despite the short-term overbought condition. 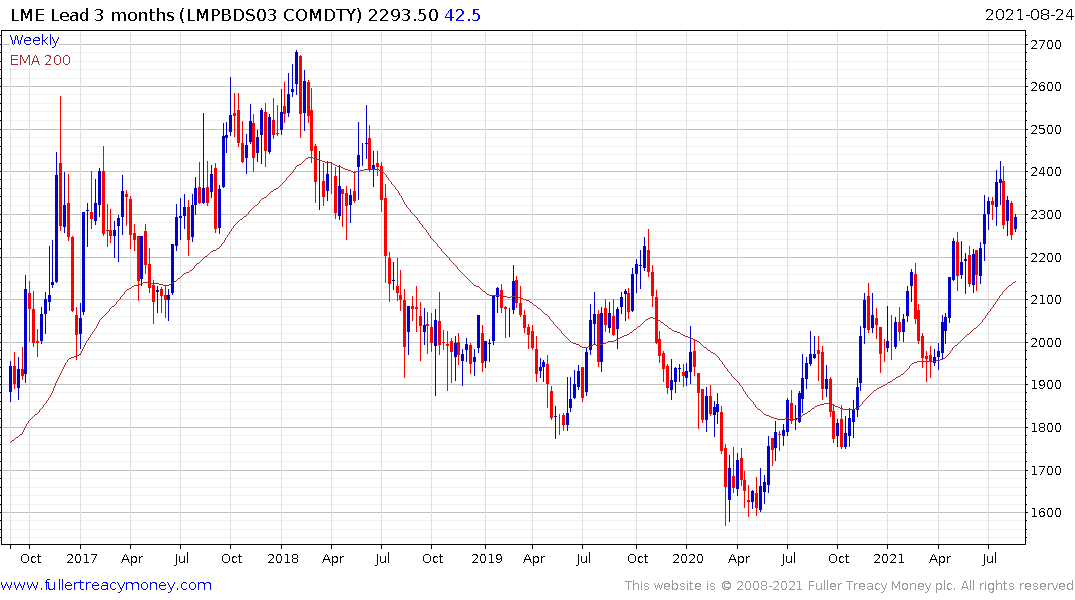 Lead remains in a consistent medium-term uptrend and is currently steadying from the upper side of the underlying trading range. 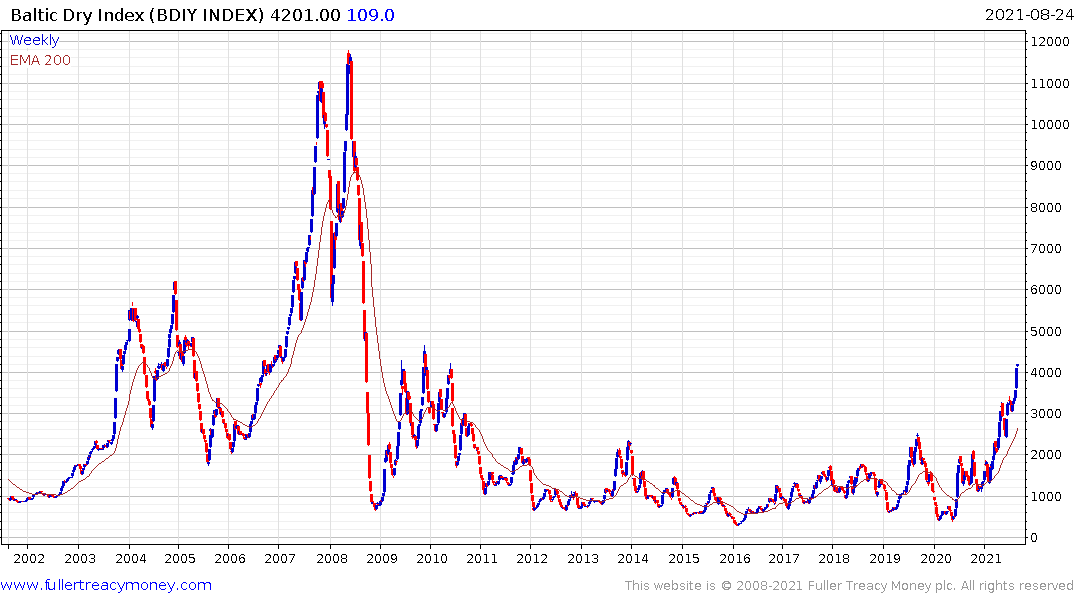 The Baltic Dry Index continues to accelerated out of its base formation and those costs are added onto commodities as they are moved around warehouses internationally. 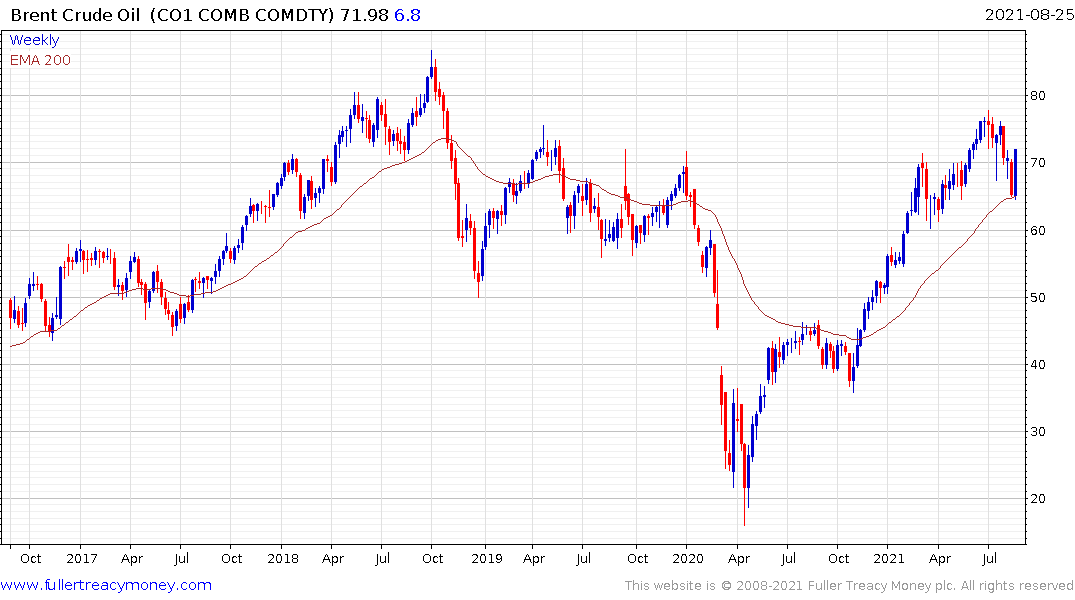 Crude oil has bounced very emphatically from the region of the trend mean to confirm at least near-term support. Since it is a major component in the cost of producing just about everything, it is a fundamental tailwind to the rising cost of commodities.