This has become a pattern where you get a big aggressive statement from the administration that might impact trade and then the market reacts aggressively as it did on Monday and then it seems to back off,” Chicago-based Susan Schmidt, head of U.S. equities at Aviva Investors, said in an interview. “Business is still doing well. I think if the market can stay focused on the facts and the data, then I think the market will hold.”

Strong economic data and earnings, along with hints from the Trump administration that it may be willing to compromise on trade has helped stocks rebound from the battering they took when the tariff battle with China flared. But the headlines have come fast and furiously, most recently President Donald Trump signed an order that’s expected to restrict Chinese telecommunications firms from selling in the U.S.

China’s dependence on global trade is far greater than the USA’s and the market has been voting with its feet by both supporting the Dollar, the bond market and the stock market since the trade war began.

Monetary policy beats most other factors most of the time is the single most important thing we need to remember. The Federal Reserve is no longer raising rates and the quantitative tightening program will be over in September. Even assuming a benign environment, the size of the balance sheet will drift higher in line with normal monetary activities once the QT ends. 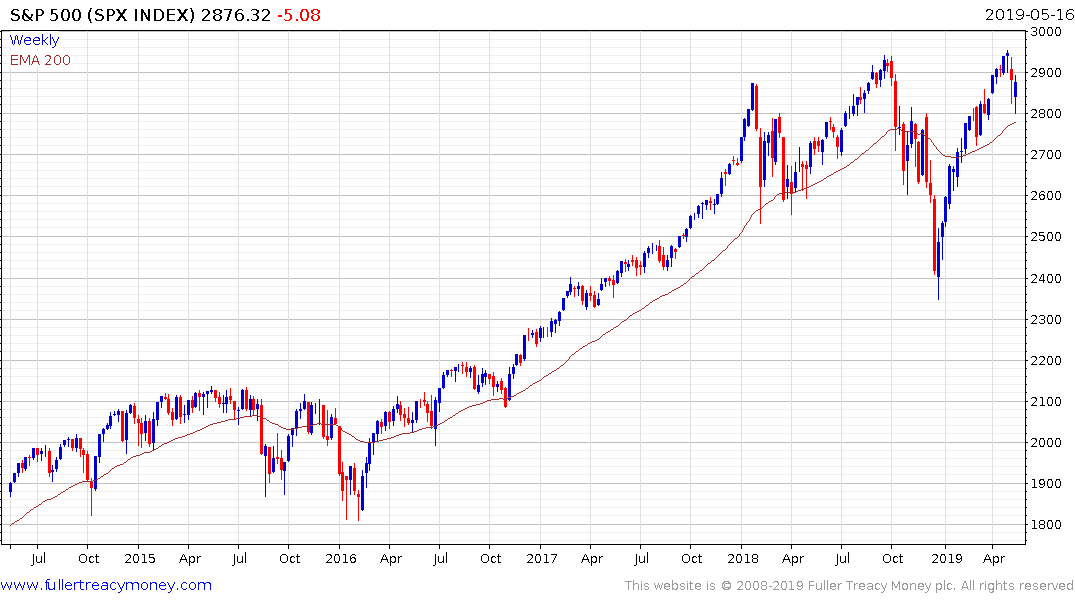 Wall Street has paused in the region of its previous peaks and the S&P bounced form the region of the trend mean this week. Some additional ranging is likely required before a sustained move to new highs can be supported. 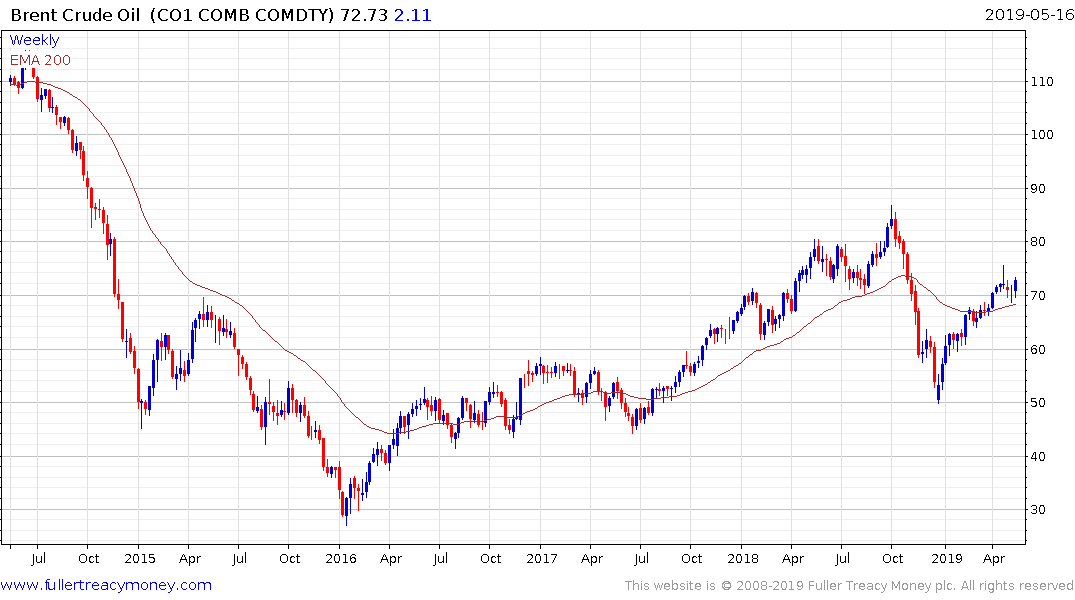 Crude oil is also firming from the region of its trend mean, supported by increasing tensions with Iran. 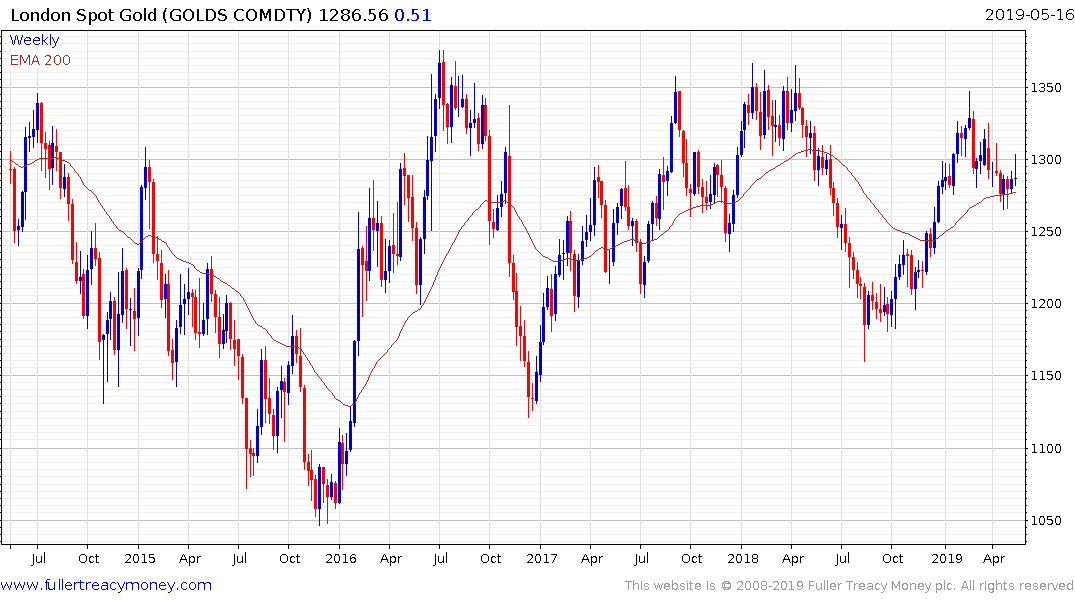 Gold pulled back to hold its three-month sequence of lower rally highs and a countermanding upward dynamic will be required to check the slide.