The Japanese company, which is best known for its PlayStation games consoles and high-end televisions, revealed the Vision S concept saloon.

The prototype boasts 33 sensors to monitor inside and outside of the car, as well as an ultra-wide monitor which will be used for entertainment and information purposes.

Sony chief executive Kenichiro Yoshida said that cars will be redefined as a “new entertainment space”.

“To deepen our understanding of cars in terms of their design and technologies we gave a shape to our vision,” Mr Yoshida told the tech conference in Las Vegas.

“This prototype embodies our commitment to the future of mobility and contains an array of Sony technologies.”

The Consumer Electronics Show is where companies go to showcase their most aspirational vision of what they hope to bring to market in coming years. Electric cars started popping up a few years ago but this year electric vehicles dominated the product line. Sony, Mercedes Benz and Fisker debuted electric vehicles, with the latter production ready.

The number of startups in the electric vehicle sector resembles what one sees in a wholly new product offering rather than established sectors like transportation. That is reflective of just how much of an innovation battery power represents. A number of utilities and energy companies, like Shell, are planning on investing heavily in charging infrastructure which will greatly improve the convenience of owning an electric vehicle.

The vast majority of auto manufacturers plan to have their sales include a battery in the next few years. To meet that demand the construction of battery factories continues apace. Meanwhile lithium prices trended lower in a persistent manner for all of last year, cobalt has unwound all of its advance while nickel remains in a choppy uptrend. 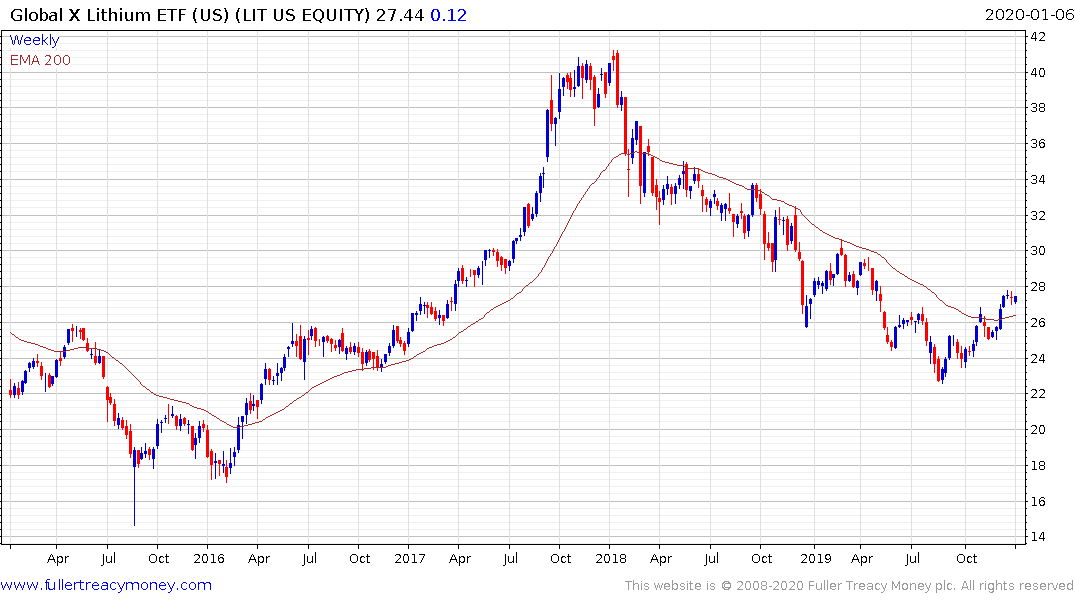 The Global X Lithium ETF rallied at the end 2019 to break its downtrend and is now trading above its trend mean. 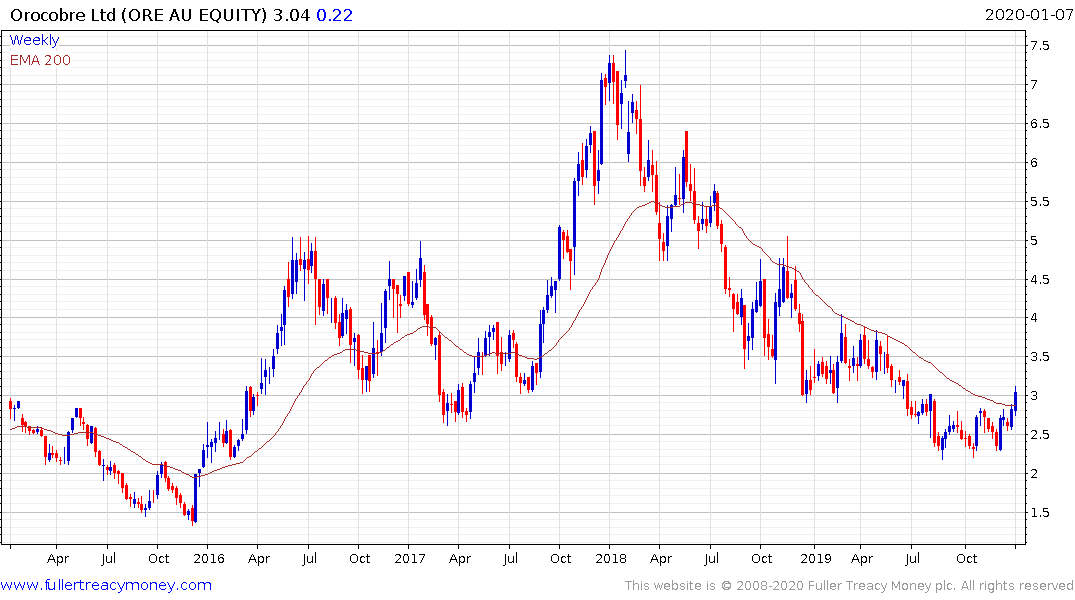 Australia listed Orocobre broke out of a six-month range this week to break its downtrend. 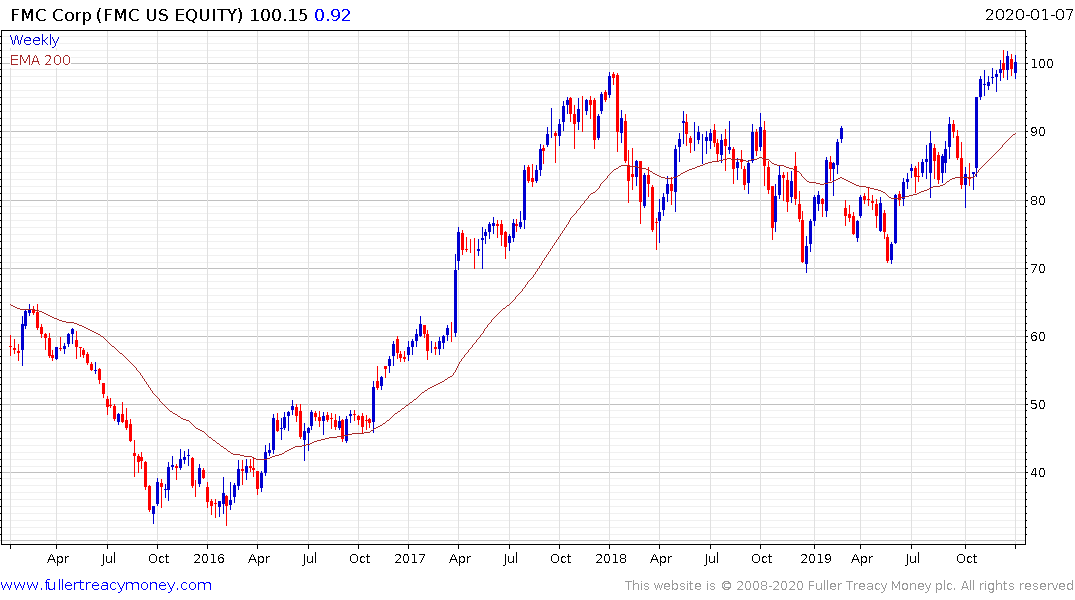 FMC Corp has been the relative strength leader and continues to consolidate in the region of the 20017 highs.