Skai revises targets for its liquid-hydrogen, long-range eVTOL
Comment of the Day

One challenge for anyone who wants to work with liquid hydrogen is that you need to keep it extremely cold to keep it in its liquid state. At atmospheric pressure levels, we're talking just 20.28 kelvins above absolute zero (−252.87 °C, or −423.17 °F).

That temperature can rise a little if you're willing to pressurize as well as cool (using a cryogenic system running between 250 and 700 bar of pressure), but Gunter says that's not part of Skai's plans, as "even a moderately pressurized system has significant weight penalties."

So, super-cooling it'll be, and while that entails extra energy losses in the liquefaction stage, the cooling equipment, the conversion back into gas for use in the fuel cell and in boil-off in the tank itself, the net result will still be a much longer range aircraft than anyone dealing with gaseous hydrogen – or certainly lithium batteries – will be able to deliver.

It'll be interesting to see how Skai gets the job done, as really you've got to look to NASA and other space programs to find liquid hydrogen being used in serious volumes.

"The good thing in all of this," says Gunter, "is the notable developments that occur in this space on an increasing basis. The efficiencies we’ve seen in fuel cells and the same the industry is seeing regarding H2 production all point to increasing effectiveness of any form of H2 as a future focused solution."

"There's a number of naysayers about what we're doing with hydrogen," says Hanvey, "but we believe we've gone from the question to the possible, and it's now the probable. We know we can fly with hydrogen, and the question is just how quickly we can get it to the market. And based on our experience, we think we can get there a lot quicker than perhaps the market will give us credit for."

Hydrogen’s energy density is orders of magnitude greater than any other fuel currently used in the global economy. The only reason we don’t already use it is because of the technological difficulty of containing what is a highly combustible material. The whole world knows about the Hindenburg accident 83 year ago, which put an end to transatlantic zeppelin travel. It did to the hydrogen industry what the Fukushima accident did to nuclear.

Since then the cost in terms of reputation, investment, technological expertise and relative performance to jet fuel have precluded commercialization. However, if that is in fact changing, it represents a catalytic event for the global economy. 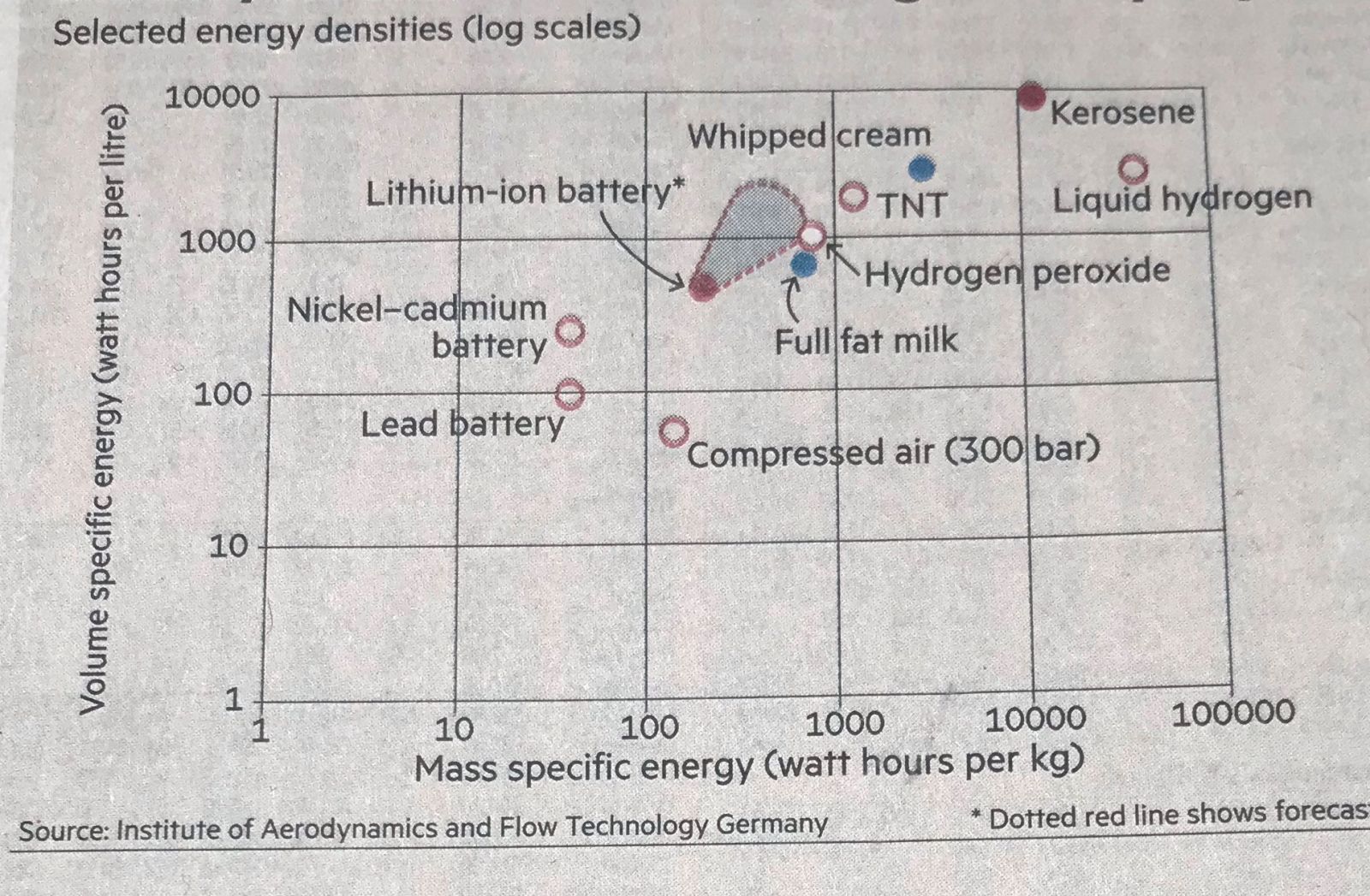 The energy density of oil and its associated products and their correlation with economic growth has been well reported on over the last few decades. The conventional wisdom is a new high-density energy solution is required, to fuel a fresh leap in technological advancement, strong enough to cause a step change in productivity growth. Liquid hydrogen might be it.

Over the course of the last twenty years the global economy has focused on the delivery of growth from less energy intensive technological innovation like the internet, mobile and cloud. The challenge from this reliance is it focuses on economization by doing more with less. To solve some of humanities ills we need solutions that focus on true energy abundance, which is why the drive for liquid hydrogen and fusion are so important.

This report from Epoch has a number of educative graphics but one of the primary points they are making is that too much debt compresses growth potential by flattening margins. The world is badly in need of a stimulant that will push up rates and defeat deflationary sentiment because the debt mountains are only going to continue to grow without it.