The debt buybacks will target an amount equivalent to about half of Devon’s outstanding net debt, according to data compiled by Bloomberg. Devon stock was the best performer in the S&P 500 Index, rising 7.8% to $11.95 at 9:33 a.m. in New York after earlier climbing 8.3%.

Devon’s special payout and debt-reduction targets are the most aggressive efforts yet as shale explorers grapple with a virus-induced demand collapse and tumbling energy prices.

Instilling financial discipline on rapacious appetite for expansion at any cost is part of the ebb and flow of a commodity bull and bear markets. The gold mining sector went through exactly the same rationalisation process and it created healthier companies.

Miners were forced to concentrate on production, cost cutting, debt reduction and plans for expansion were delayed or cancelled. The creation of all-in sustaining cost (AISC) metrics was a clear attempt by investors to get to the most basic measure of whether a mine was capable of profitability. It helped investors to have a hard figure so they could make a quick determination of where value lies.

This announcement from Devon Energy suggests the process of rationalisation in the shale oil and gas sector is now underway. Oil prices have been much more volatile than gold over the last decade but it is quite possible a public set of sustainable cost of production measures will be made available by companies. That would certainly help investors to have faith in the potential profitability of oil and gas companies. 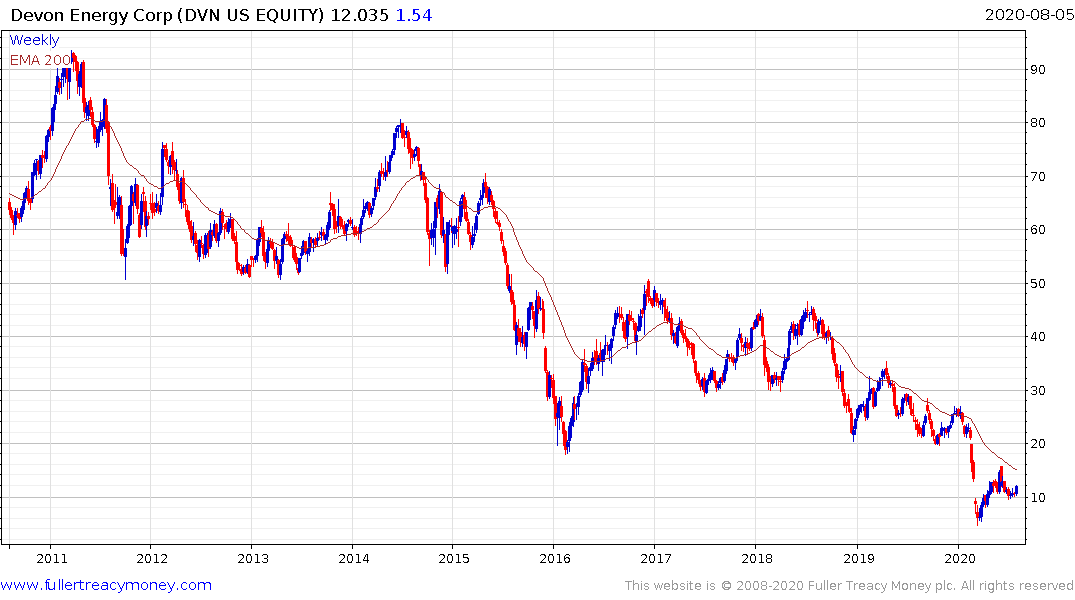 Devon Energy confirmed near-term support near $10 to post a higher reaction low and a sustained move below that level would be required to question potential for additional upside. 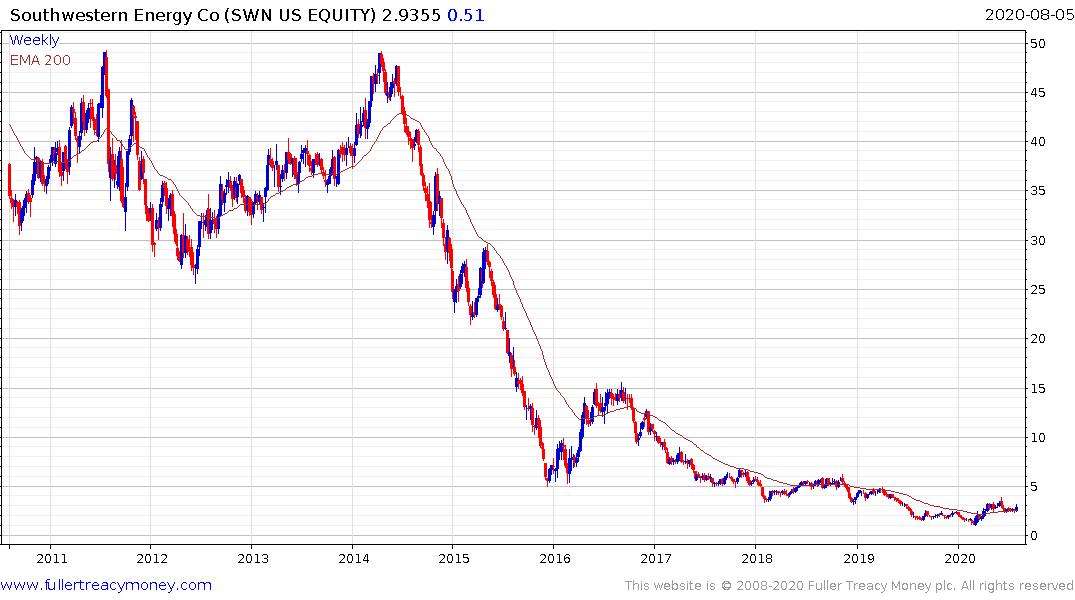 Southwest Energy lost downward momentum a year ago and bounced from the region of the trend mean this week.