America’s shale producers will keep output in check even as global crude oil prices near $70 a barrel, Ovintiv Inc. Chief Executive Officer Doug Suttles said in an interview with Bloomberg Television.
Explorers are focused on low growth, strong operating performance and returning cash to shareholders, Suttles said. Ovintiv is prioritizing paying down debt and maintaining its dividend, he said.

Private operators’ ability to weigh on oil prices by ramping up production is limited after recent tie-ups with publicly traded companies, Suttles said. While closely held producers have more influence on the natural gas market, “it’s a little bit of a concern, not a big one,” he said. 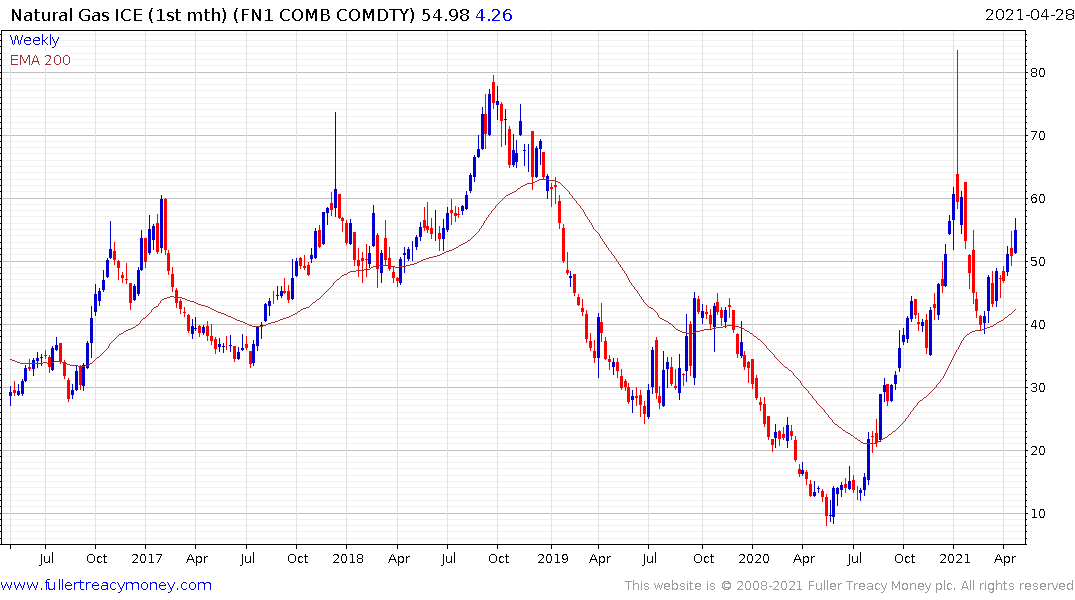 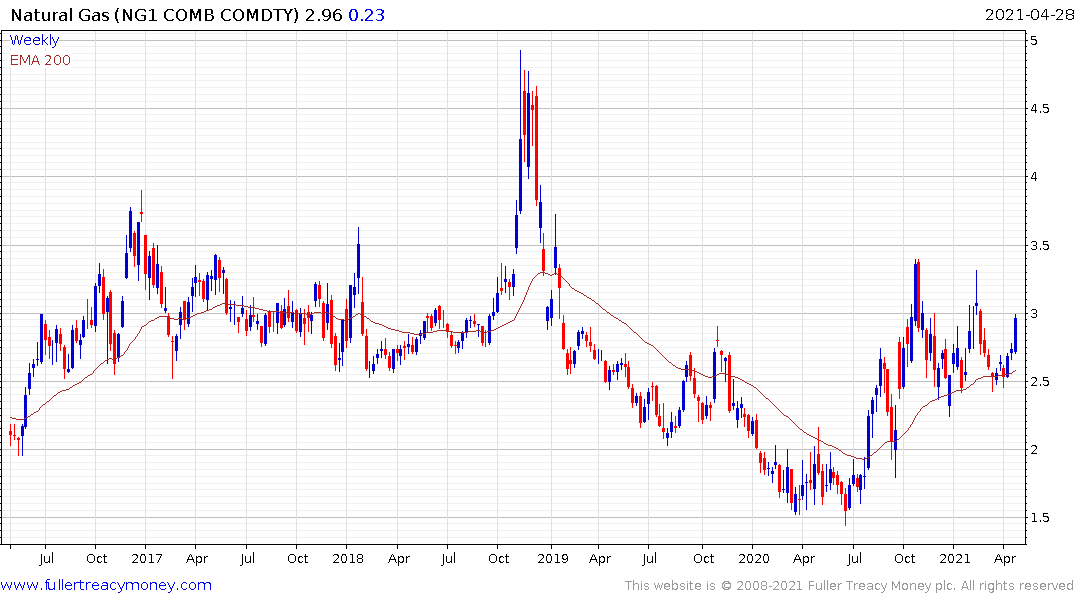 Additional demand for gas will contribute to more drilling. The sector remains one of the most depressed following a multi-year downtrend. That may be starting to change as downtrends are broken and prices for oil and gas rise enough to encourage more supply into the market. I do not anticipate the same pace of drilling as during the initial shale boom but the sector is very depressed at present and still has a long way to go to get back to normal. 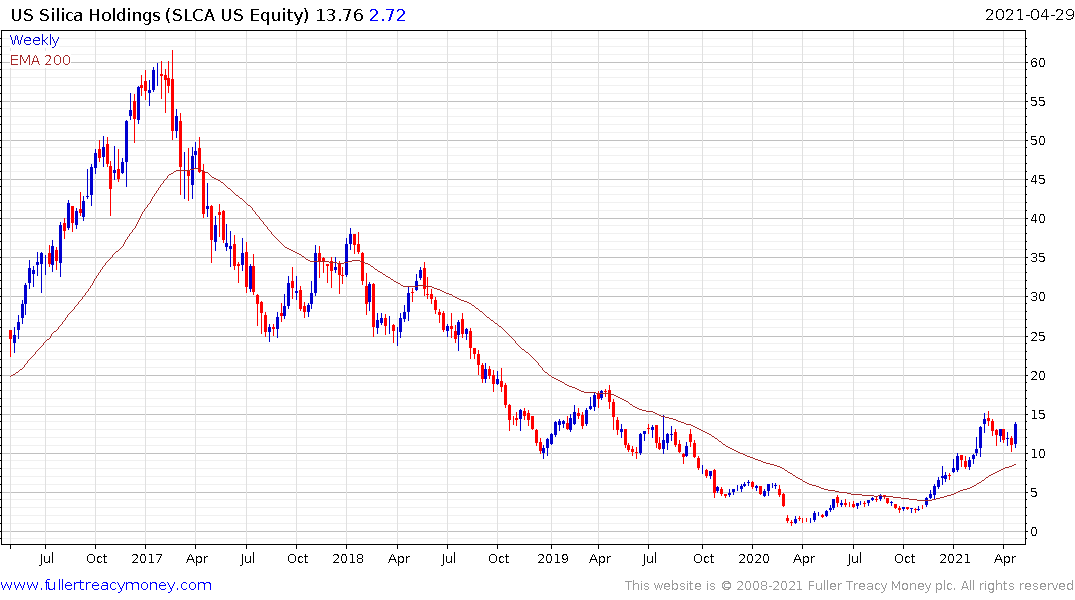 Silica Holdings provides the sand for hydraulic fracturing. The share bounced very impressively from the region of the trend mean this week. 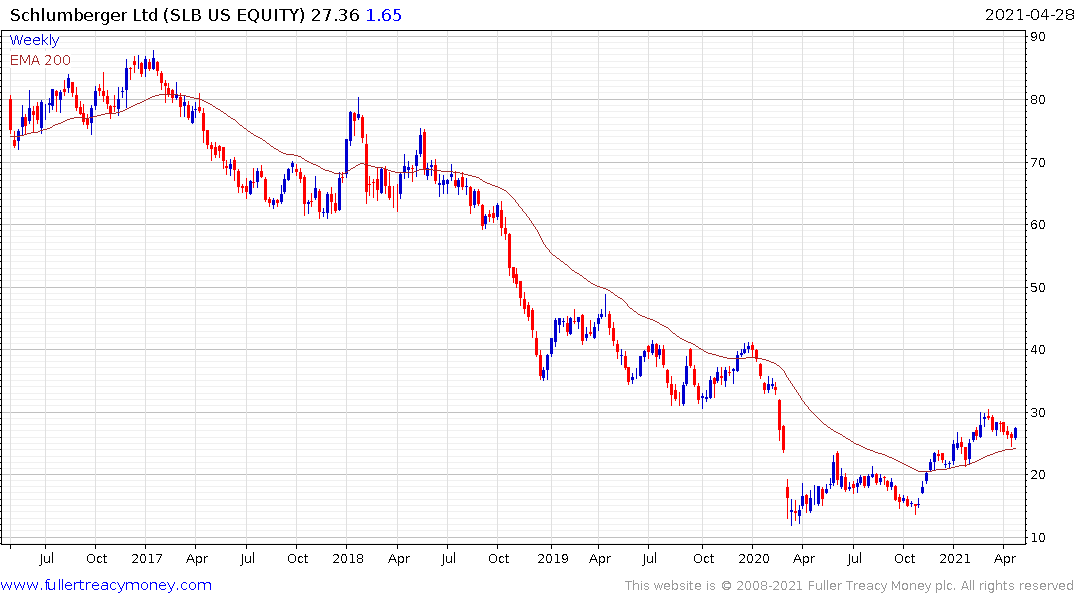 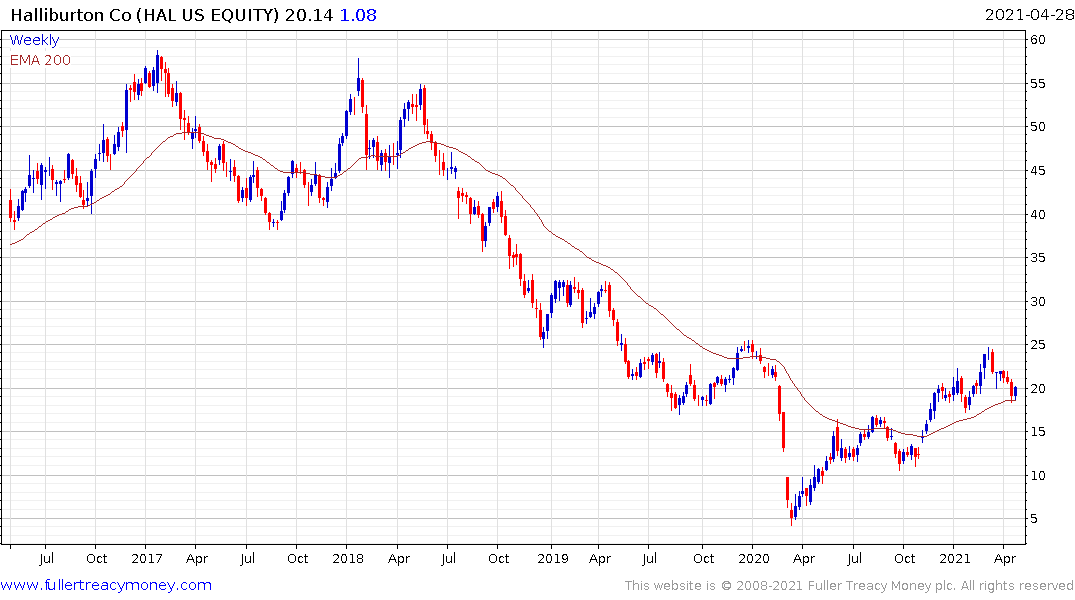 Both Schlumberger and Haliburton are also firming from above their respective trend means. 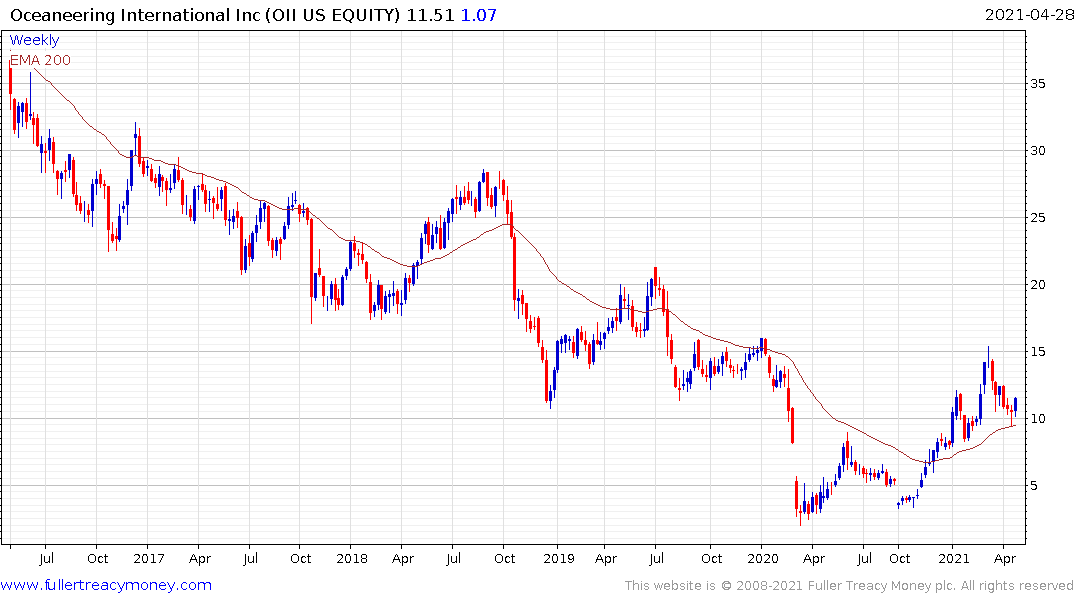 The commonality across the oil and gas services sector is also benefitting the offshore sector with
Oceaneering International also firming from the region of the trend mean.