Selling Out by Eoin Treacy

Many people have remarked on the wonders of compounding. For example, Albert Einstein reportedly called compound interest “the eighth wonder of the world.” If $1 could be invested today at the historic compound return of 10.5% per year, it would grow to $147 in 50 years. One might argue that economic growth will be slower in the years ahead than it was in the past, or that bargain stocks were easier to find in previous periods than they are today. Nevertheless, even if it compounds at just 7%, $1 invested today will grow to over $29 in 50 years. Thus, someone entering adulthood today is practically guaranteed to be well fixed by the time they retire if they merely start investing promptly and avoid tampering with the process by trading.

I like the way Bill Miller, one of the great investors of our time, put it in his 3Q 2021 Market Letter:

In the post-war period the US stock market has gone up in around 70% of the years . . . Odds much less favorable than that have made casino owners very rich, yet most investors try to guess the 30% of the time stocks decline, or even worse spend time trying to surf, to no avail, the quarterly up and down waves in the market. Most of the returns in stocks are concentrated in sharp bursts beginning in periods of great pessimism or fear, as we saw most recently in the 2020 pandemic decline. We believe time, not timing, is the key to building wealth in the stock market. (October 18, 2021. Emphasis added)

What are the “sharp bursts” Miller talks about? On April 11, 2019, The Motley Fool cited data from JP Morgan Asset Management’s 2019 Retirement Guide showing that in the 20-year period between 1999 and 2018, the annual return on the S&P 500 was 5.6%, but your return would only have been 2.0% if you had sat out the 10 best days (or roughly 0.4% of the trading days), and you wouldn’t have made any money at all if you had missed the 20 best days. In the past, returns have often been similarly concentrated in a small number of days. Nevertheless, overactive investors continue to jump in and out of the market, incurring transactions costs and capital gains taxes and running the risk of missing those “sharp bursts.”

As mentioned earlier, investors often engage in selling because they believe a decline is imminent and they have the ability to avoid it. The truth, however, is that buying or holding – even at elevated prices – and experiencing a decline is in itself far from fatal. Usually, every market high is followed by a higher one and, after all, only the long-term return matters. Reducing market exposure through ill-conceived selling – and thus failing to participate fully in the markets’ positive long-term trend – is a cardinal sin in investing. That’s even more true of selling without reason things that have fallen, turning negative fluctuations into permanent losses and missing out on the miracle of long-term compounding.

The arguments against selling become progressively more compelling the longer prices move up and to the right. It would have been a mistake to sell everything in January 2020 when news of the coronavirus was breaking unless you were equally committed to buying it all back at the first sign of bottoming in March. That visceral experience has acted as a learning experience for many investors who will have resolved never to sell. That is most particularly evident in the crypto markets where faith in the bullish hypothesis has been rewarded time and again.

The problem with this kind of thinking is that secular bull markets do end and usually mean a new asset class will outperform for the lengthy medium term. Most people wish they bought the Amazon IPO but in fact probably bought in the late 1990s. It was a decade before they made any money. During that time the commodity complex and emerging markets took off. If investing is about relative selection there is a clear argument for both talking about the price paid for long-term investments and having an awareness for where we are in the long-term cycle. 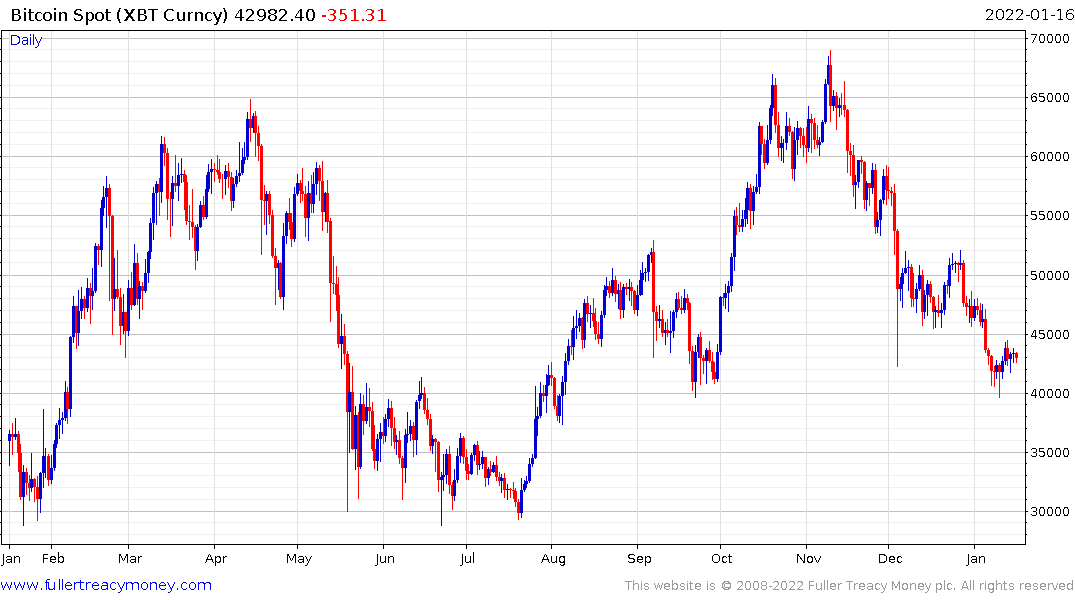 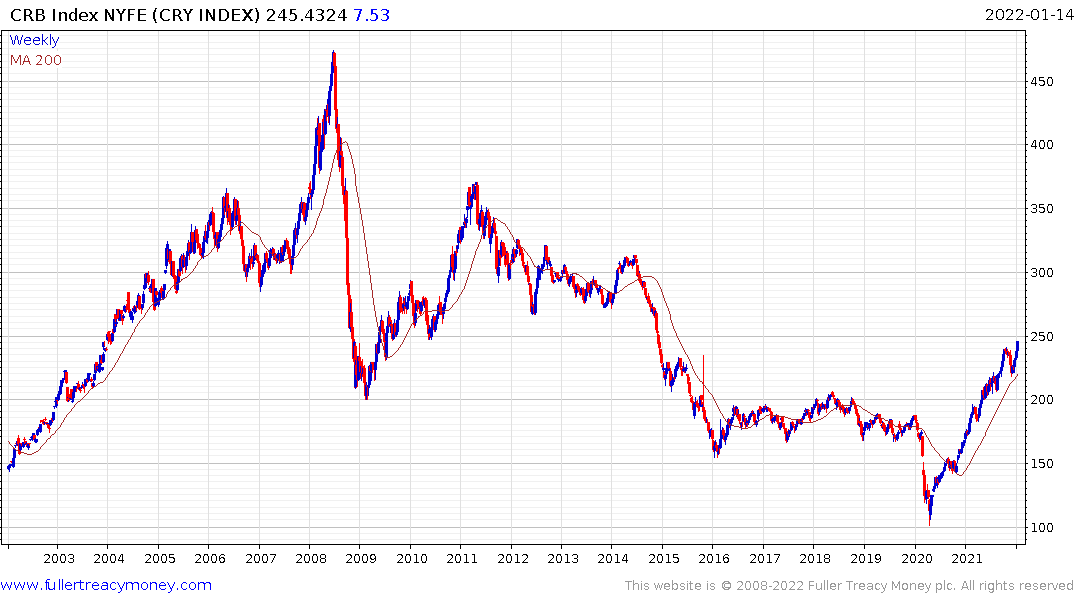 That’s why I am paying particular attention to the FANGMANT/Total Market Cap chart and bitcoin’s underperformance against a background where commodities and banks are breaking out.