Humanity will have about a 50% chance of staying below the 1.5°C threshold called for by the Paris Agreement if CO₂ emissions from 2020 onwards remain below 500 billion tons. At the current rate of emissions, that carbon budget would be used up in about 13 years. If the rate doesn’t come down, the planet will warm more than 1.5°C.

“Our opportunity to avoid even more catastrophic impacts has an expiration date,” said Helen Mountford, vice president of climate and economics at the World Resources Institute. “The report implies that this decade is truly our last chance to take the actions necessary to limit temperature rise to 1.5°C. If we collectively fail to rapidly curb greenhouse gas emissions in the 2020s, that goal will slip out of reach.”

The new publication lands in the middle of the ramp-up to COP26, to be held in Glasgow in November. A global deal to pursue faster emission cuts would depend on poor countries securing $100 billion a year in climate finance from rich countries, something envisioned in previous climate agreements
but not yet achieved. National governments would also need to agree to rules governing the trading of emissions permits, to ensure those moving faster towards cuts are rewarded for doing
so.

The amplification of worries about the trajectory of the “climate emergency” has been building well in advance of the publication of this report. There is a clear set of policies being adopted to ensure much of the existing industrial base is going to have to fund the construction of alternative infrastructure.

Carbon credits are only the beginning of that trend. There is no way the scale of migration being proposed can be implemented without additional taxation, or a clear willingness to run significant fiscal deficits. Additionally, the funding available via institutions like the World Bank, IMF etc. will need to be significantly increased and lending standards reduced or effectively backstopped by creditor nations.

The reality is it the energy sectors of China and India that need to be decarbonised and that is going to come with significant geopolitical implications. That’s the biggest limiting factor on whether there will be appetite to follow through on these report’s recommendations.

One thing is certain. The quantity of industrial resources required to transition the global economy dwarfs what was required to industrialise China. The sophistication/dispersion/intermittancy of new solutions relative to coal fired power stations suggests there is a lot of ground to make for technology.

Favouring alternative valuation metrics, beyond profit and efficiency, ultimately result in rising inflationary pressures. This migration also introduces additional risks that should force investors to remand a higher return. After forty years of contracting borrowing costs, this societal change could be the catalyst which finally breaks the trend of lower borrowing costs. Since the majority of cost assumptions are also based on low interest rates persisting indefinitely it further highlights the question of how it is all going to be paid for. 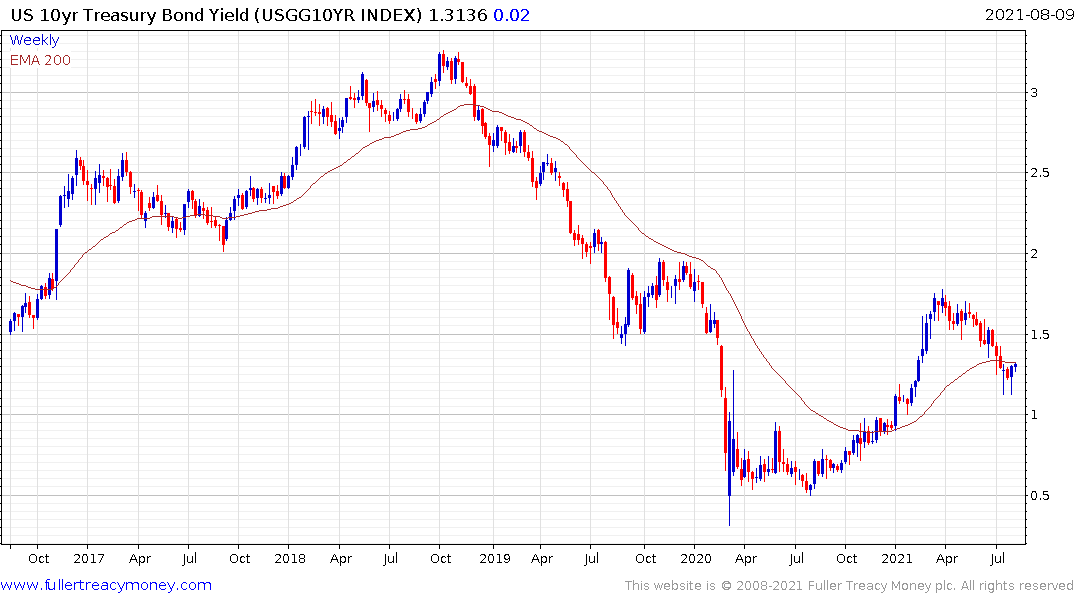 10-year Treasury yields rebounded over the last three sessions to test the upper side of the most recent short-term range. Additional follow through on the upside will be required to signal a return to supply dominance. 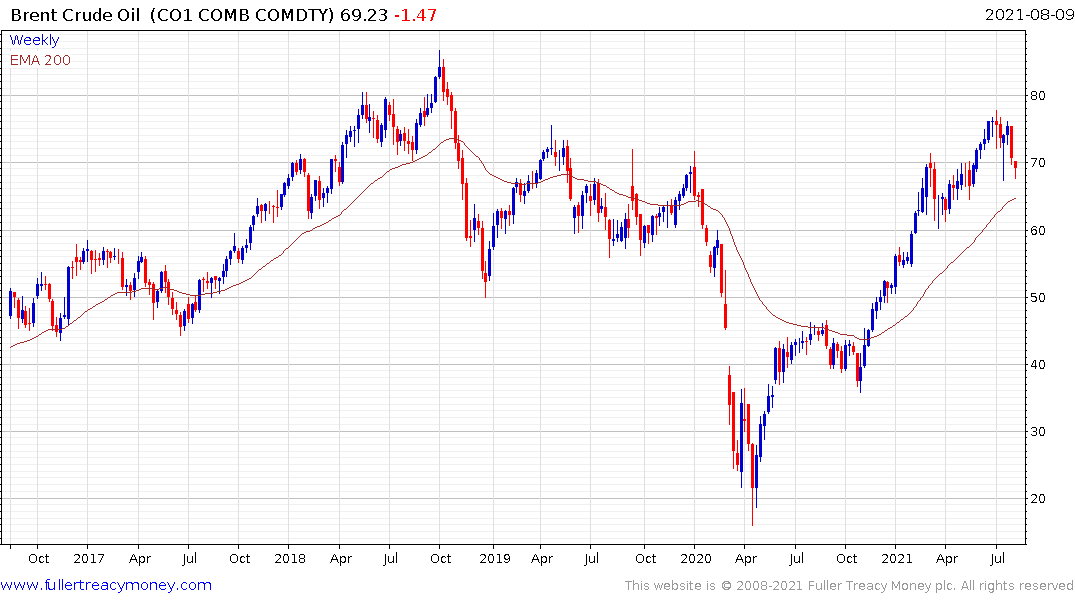 Crude oil rebounded today from the region of the upper side of the most recent underlying trading range. As long today’s low holds this is still a consistent almost 10-month uptrend.

The high dividends available from the major oil produces contrast with the impending toll of higher taxes and penalties. That pretty much ensures they will not resume spending on exploration until they have greater visibility on the business environment. That’s good news for oil and gas prices overall.