The de-facto leaders of the group have different priorities, with Saudi Arabia preferring to sacrifice volume in exchange for higher prices, while Russia wants to boost production before rival suppliers can fill the gap.

The agreement means the global market will get far less supply than traders had been expecting prior to this week. The OPEC+ meeting opened on Monday with a proposal from Russia for a 500,000 barrel a day output hike next month, which was opposed by most other members. The alliance had been scheduled to discuss similar-sized increases in March and April, but that plan has been superseded by the latest accord.

This agreement is the necessary catalyst to inject a sense of urgency into the oil markets. Many shares have been priced as if demand for oil is going to evaporate in the short term. The reality is that even if the most bullish EV estimates are realised oil will remain the primary transportation fuel for at least another decade.

Anyone who has any history in the oil market will be aware that making decade-long forecasts is seldom a fruitful exercise if you only look at history. There are always new phenomena popping up in what is one of the most competitive markets anywhere. Demand growth is no longer as certain as in the past but that has to be measured against the expectation that there are at least 2 billion new consumers due to enter the global market in the next thirty years. That alone is creating competition. 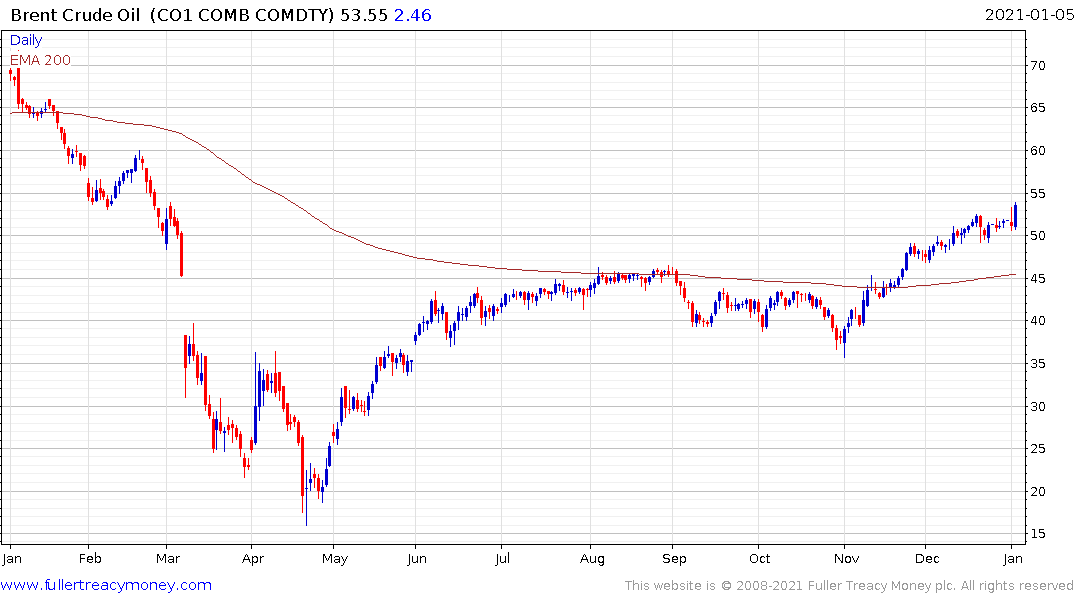 Brent Crude Oil jumped to a new recovery high today. Occasional moves below $40 have not been sustained beyond the short-term since 2008. A lot more supply becomes economic around $60. There is a multi-month delay between the price rising to that level and shale drillers delivering addition volume. Prices above $80 bring tar sands volumes back into the market in size.

The other big development in the shale sector is consolidation. The crash has led to an uptick in M&A activity. Rationalisation of many independent suppliers will contribute to greater efficiency and lower costs of production. That suggests we may see a tighter range than over the last five years because less of a price rise will be required to generate a significant supply response. That is most likely to squeeze high-cost producers. 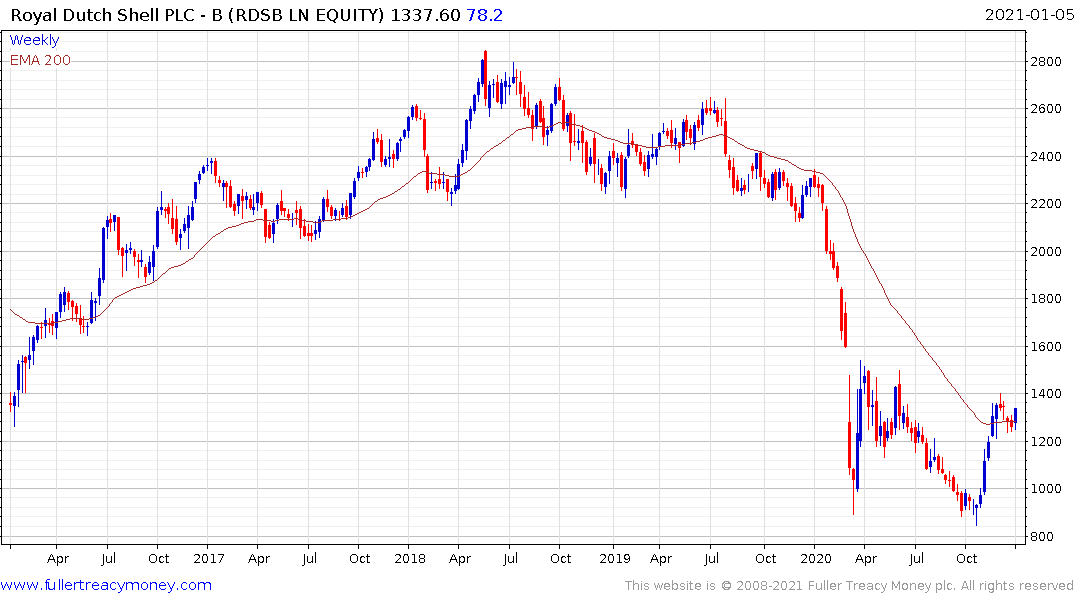 Most major producers are still able to act as high beta plays on the oil price because they sold off so aggressively in 2020.