The election of a conservative cleric as Iran’s president will probably hold up the lifting of U.S. sanctions on the Islamic Republic’s energy exports, said analysts including Sara Vakhshouri, president of SVB Energy International LLC.

“The election of a hard-liner delays the expectation of a rapid return of Iranian oil,” she said.

The absence of Iranian oil from the international market has helped to support prices. It is also worth considering that the absence of 8 million barrels of oil from OPEC+ has been an even bigger tailwind for the price. 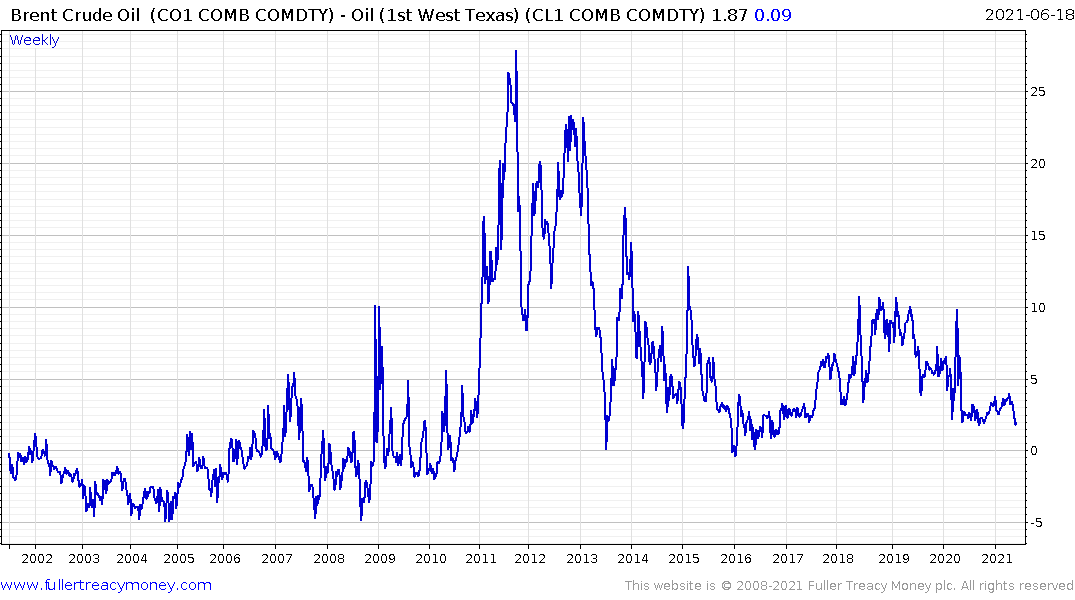 The spread between Brent and WTI crude has almost closed which is likely to encourage more onshore domestic supply into the market. However, the big question for the sustainability of the oil price rally is when will the supply discipline of OPEC+ end?

The one thing we know for certain is secular bull markets are borne out of a lack of investment in new supply and the arrival of a new demand growth story. We are on the cusp of a potentially lengthy period of low investment in the oil exploration and development sector. That should help support the ability of oil companies to pay dividends but is not beneficial for growth aspirations as reserves are unlikely to be replaced. 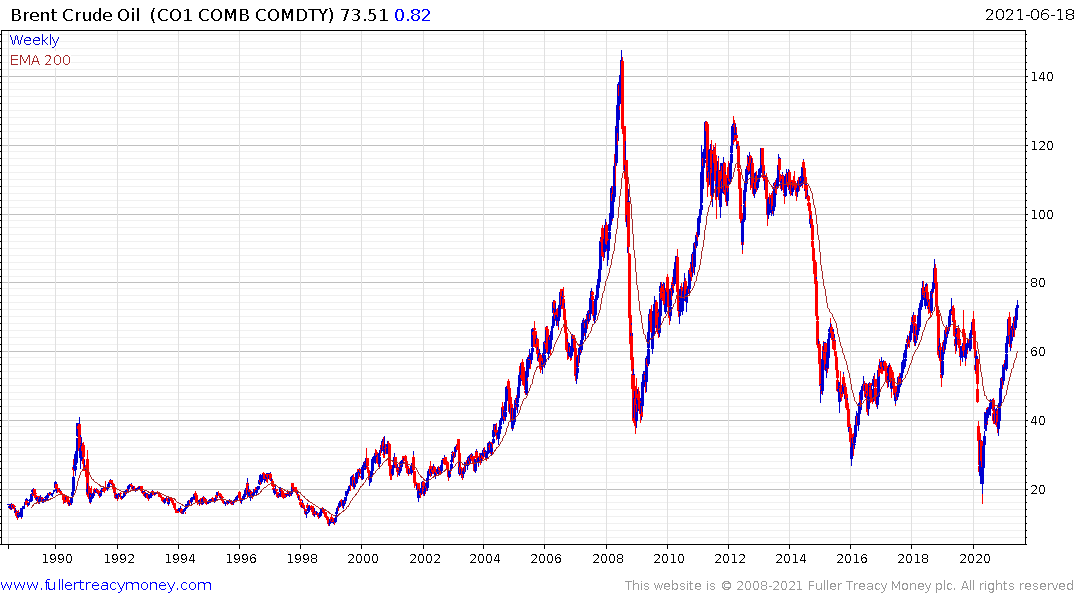 For a new secular bull market to occur, a major new source of demand is required. Transportation seems like an unlikely candidate, with so much enthusiasm for alternatives. The chemicals sector is probably a better play.

Mrs. Treacy took me down to the firing range yesterday for some Father’s Day shooting. While chatting with some of the other patrons I was introduced to polymer cartridges.  The price of copper is now so high that polymer rounds are economic. This is exactly the kind of substitution that occurs when the price of goods rises so much that consumers have no choice than to consider alternatives.

The long bear market in natural gas laid the foundation for the growth of hydrogen as an alternative. It appears likely that a long ranging phase for oil, while other commodities surge, will create outsized demand for polymers and other composite materials. That logic was behind Saudi Aramco’s merger with the Sabic chemicals company. 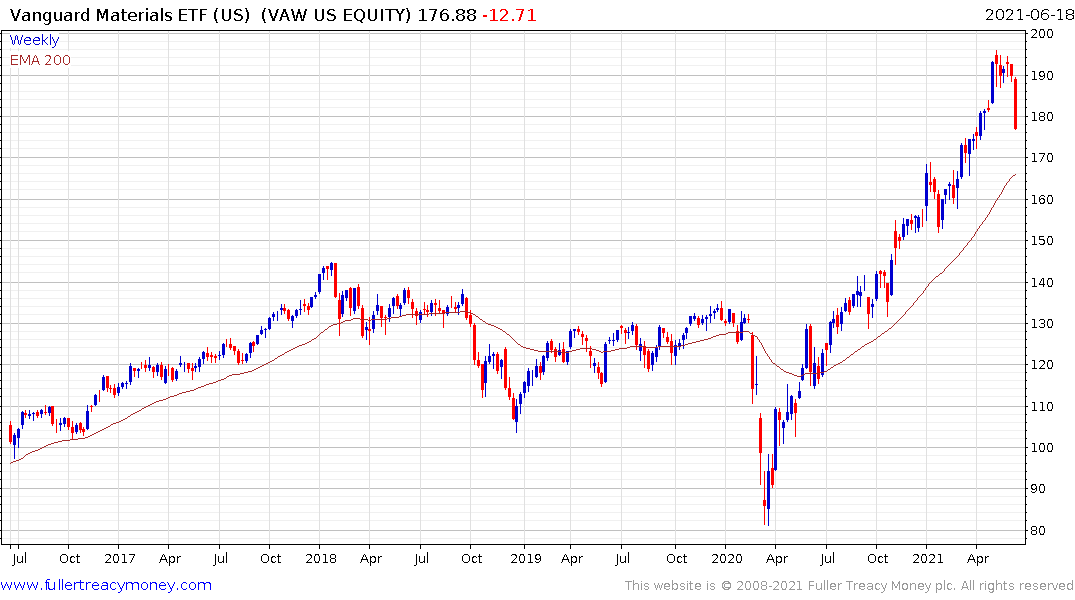 The Vanguard Materials ETF trades like a commodity play but is overweight in the big chemicals companies. 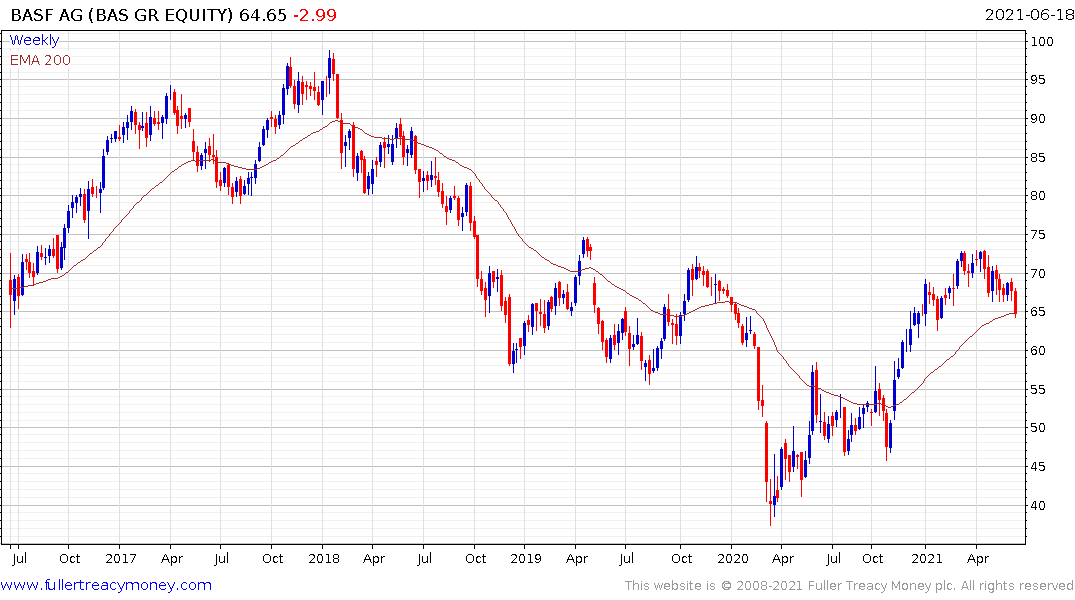 BASF is currently firming from the region of the trend mean. 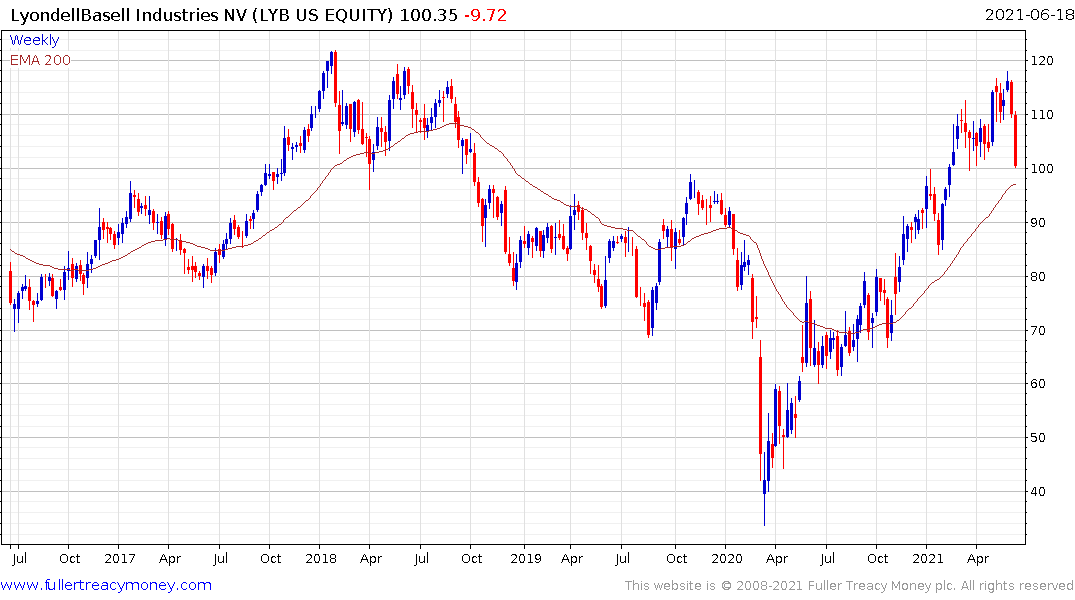