Russia threatened to cut off the last gas pipeline to Ukraine’s European allies and moved to annex a large chunk of Ukrainian territory amid a string of military setbacks in the seven-month-long war.

Battlefield setbacks for Russia increase potential for them to cut off supplies of gas to all of Eastern Europe. That’s much more likely that the nuclear option. 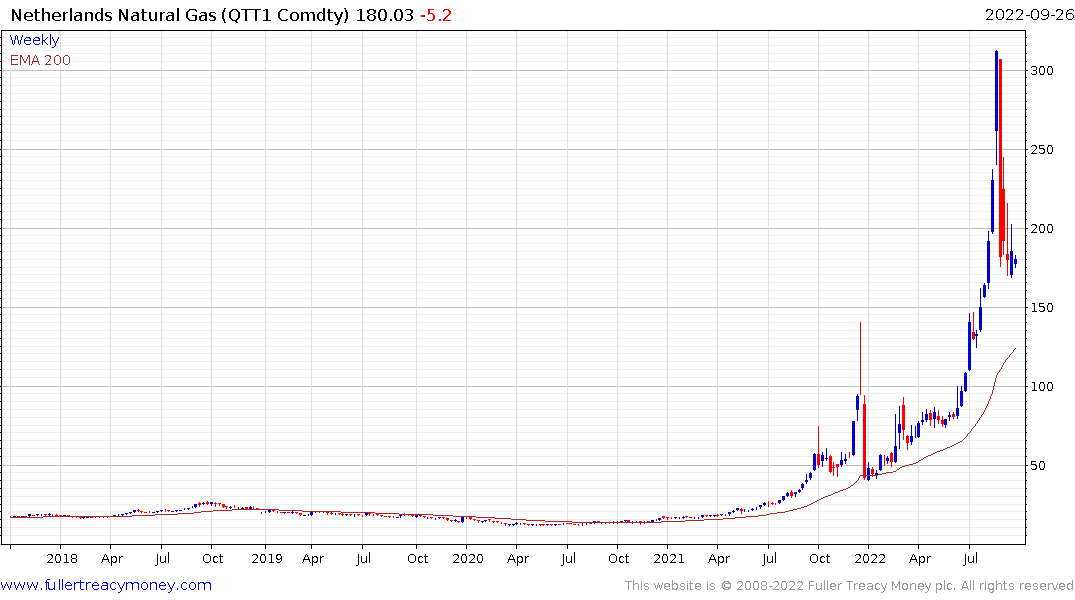 The Dutch benchmark price is stabilizing near €175 and a sustained move to new reaction lows would be required to signal a return to supply dominance. 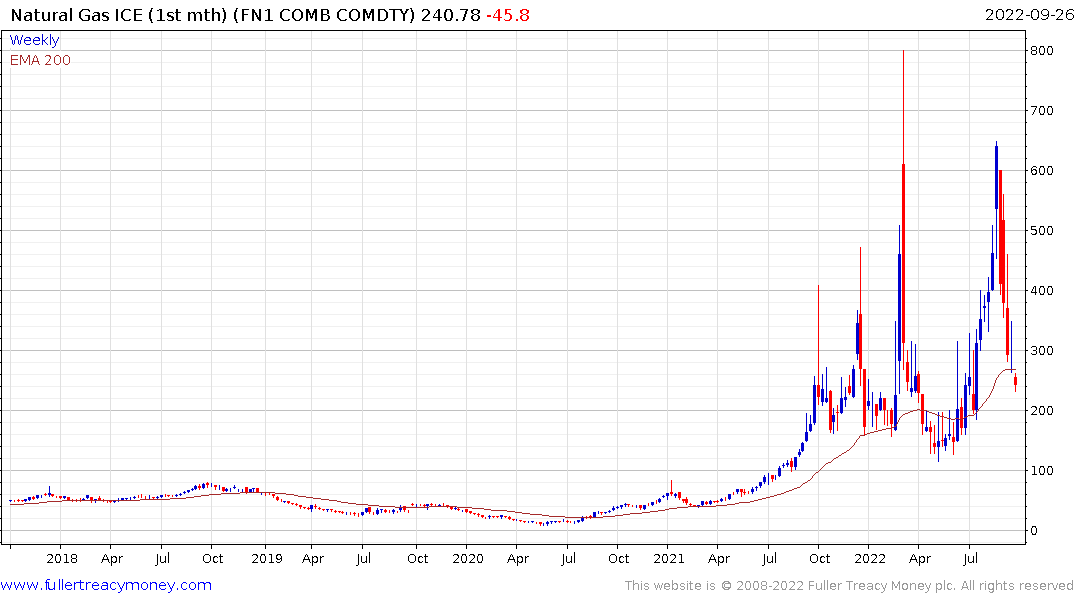 UK gas did not hold today’s bounce but is pausing in the region of the 200-day MA.

Russia has tanks and armaments but not men. Ukraine has men but lacks equipment. Russia’s gamble is they can outlast NATO’s inventory of advanced weaponry. The strategy could be a killing field similar to Iran’s wall of bodies against Iraq, but that doesn’t mean it will fail. It would be rash to think one successful counterstrike will end the war.