Qatar’s plan for a 64% increase in LNG capacity is likely to intensify a global glut in the fuel. The nation is seeking to fend off competition from rival producers such as Australia and the U.S. that have ramped up production and eroded the Gulf state’s historic dominance of the market. Australia has exported about 70 million tons of LNG this year, compared with 71.9 million for Qatar, according to vessel-tracking data compiled by Bloomberg.

The North Field holds more than 1,760 trillion cubic feet of gas, and state-run Qatar Petroleum will “immediately” start engineering work for two additional LNG production plants, or trains, for a combined capacity of 16 million tons annually, Al Kaabi said in a statement. Qatar will be able to produce about 6.7 million barrels of oil equivalent a day by 2027, said Al Kaabi, who also serves as QP’s President and Chief Executive Officer.

The quantities of natural gas that can be brought to market, almost at will, are nothing short of astounding and suggest a price war is inevitable. With Australia now producing almost as much gas as Qatar and the USA exporting the bounty from shale wells the global market for gas is likely to continue to grow.

Asia is the next big frontier. Asia is where the vast majority of the world’s coal fired power stations are situated. Countries build them because they are cheap and coal is abundant. Many countries have domestic supply so they can contribute to more of their own energy mix without imports. All other factors being equal they will opt for coal until the cost of an alternative is reliably cheaper.

Economic growth and the declining role of energy in generating growth, as living standards rise, suggest coal will eventually be replaced with alternatives and gas is one of the lead contenders. That’s at least a 30-year trend and is going to require massive transportation and reforming infrastructure.

Energy transportation has exactly been fashionable of late, not least because of the high leverage many MLPs engage in. The LNG shipping sector has also been under pressure. 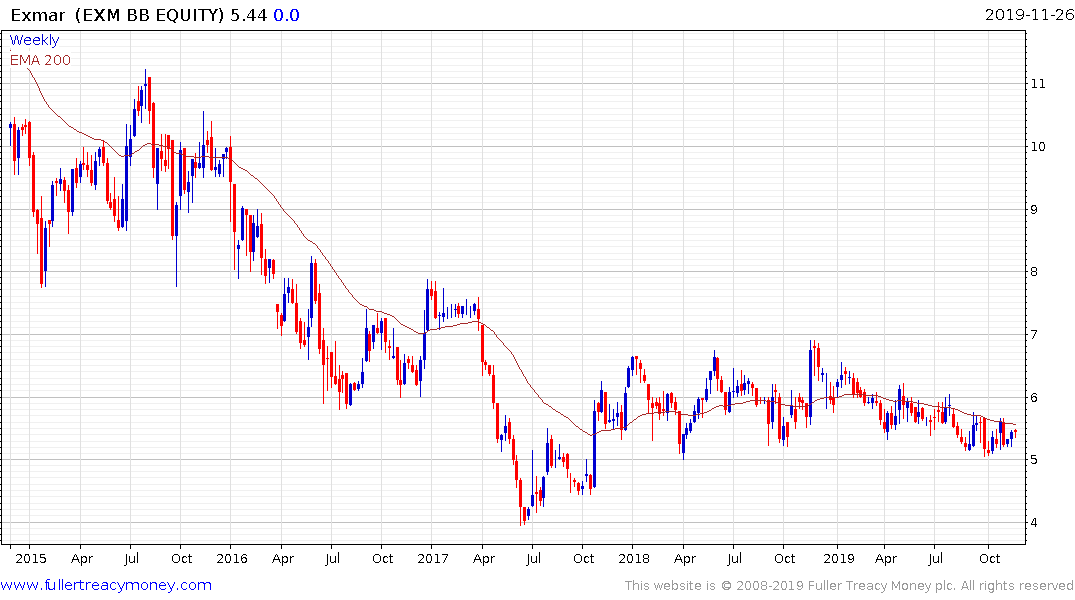 Exmar cancelled its dividend in 2016. The share has held a progression of lower rally highs this year and will need to sustain a move above the trend mean to confirm a return to demand dominance. 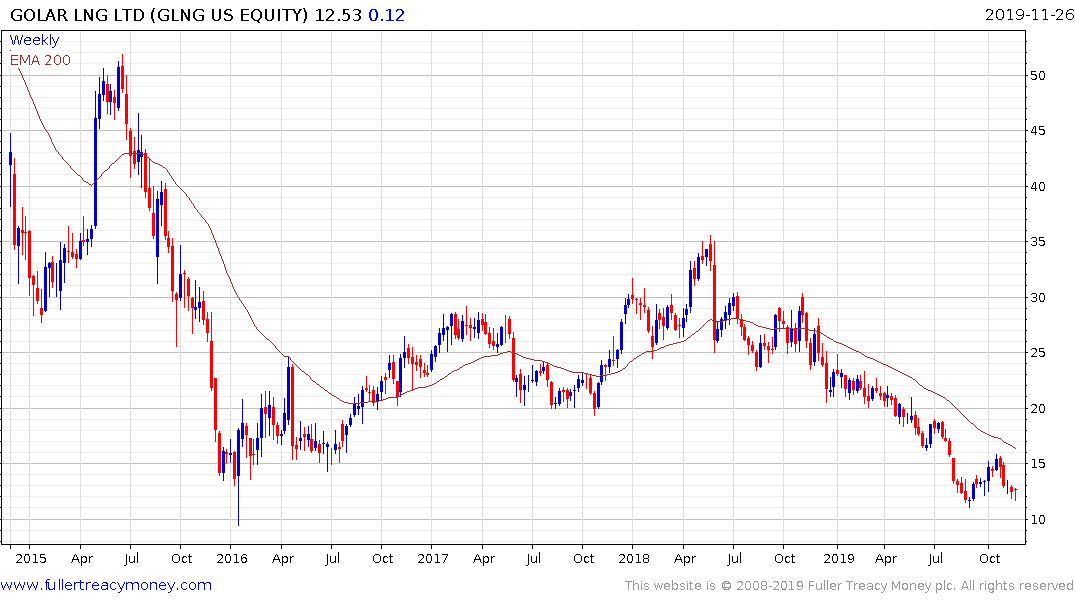 Golar LNG is back testing its lows near the early 2016 lows and is showing initial signs of stabilizing. 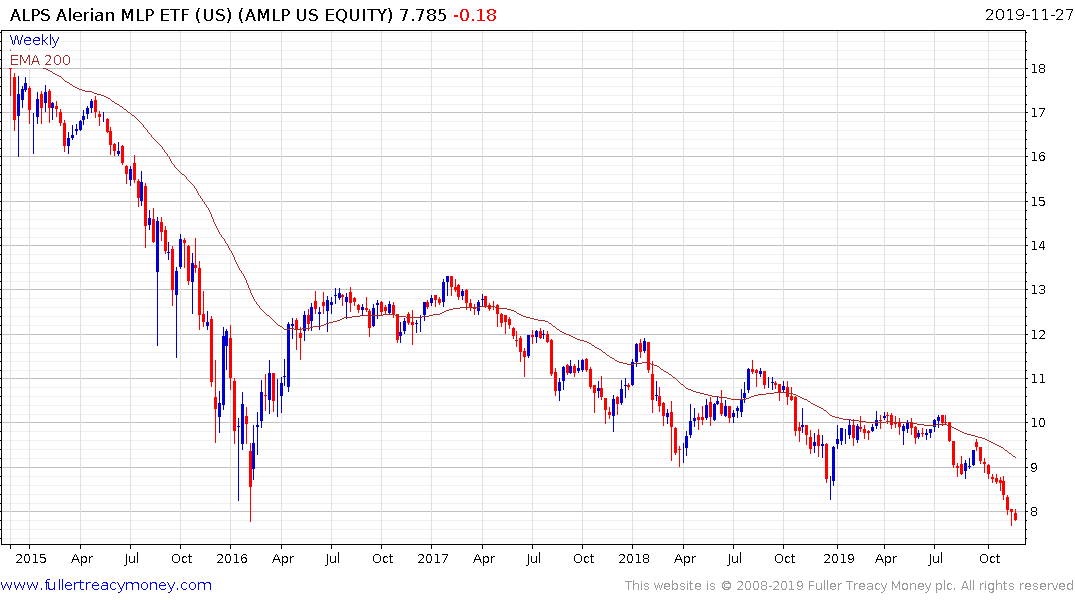 The Alerian MLP ETF remains in a steep downtrend and while overextended on the downside, it needs to at least hold a low to signal a return to demand dominance.