Korean carmaker Hyundai on Tuesday announced a $6.7 billion program to raise production of fuel cells 200-fold going from 3,000 this year to 700,000 per annum by 2030.ogen society is probably further into the future than its promoters want you to believe, and detractors are plentiful

Toyota was the first to back the technology for passenger vehicles, launching its Mirai – "future" in Japanese – back in 2015. Honda is bringing the Clarity back to its line-up and Hyundai’s Nexo SUV is launching in North America next year. Hyundai also inked a collaboration on fuel cells with Volkswagen in June.

The hydrogen society is probably further into the future than its promoters want you to believe, and detractors are plentiful. (Elon Musk was not only talking his book when he called fuel cell cars "extremely silly".)

Alongside Hyundai's announcement, the Korean government also made a commitment to roll out a fuel cell fleet and charging stations. But Canada, for example, got its first and so far only public hydrogen fuelling station only in August and California’s years long backing for fuel cell cars have hardly moved the needle on consumer and business uptake.

Nevertheless, the impact on platinum could be enormous.

The automotive sector has been investing in fuel cell technology for years so one of the reactions to the collapse of demand for diesel engines has been the acceleration of commercialisation efforts. The other factor in the development of fuel cells is dependent on ready availability of hydrogen. The low natural gas price, particularly in the USA is a major enabler of that evolution. 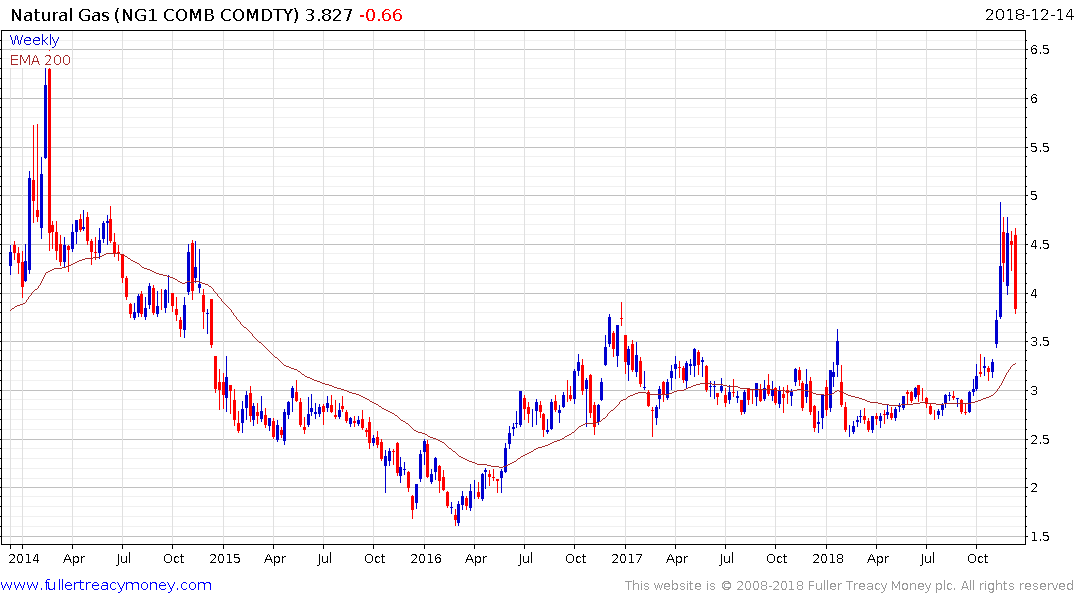 Natural gas is now breaking downwards from it’s the triangular pattern that has been forming for the last month, suggesting a completing near-term top formation. 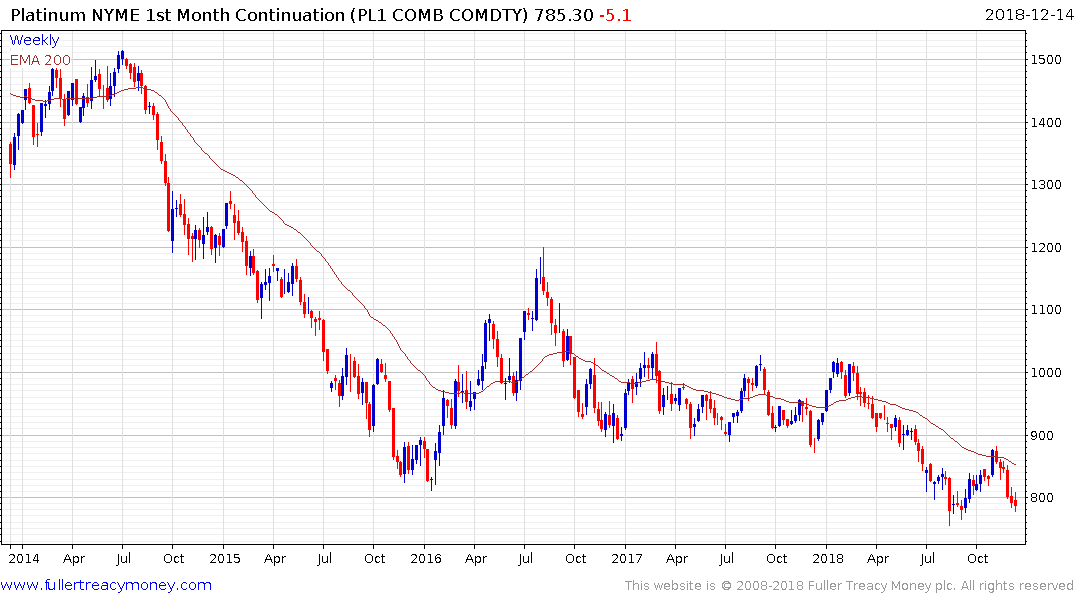 The limiting factor in the development of lithium batteries is the supply of cobalt because of both its cost, supply inelasticity and supply but if fuel cells require an ounce of platinum that is a serious inhibiting factor in reducing the cost of producing fuel cells. 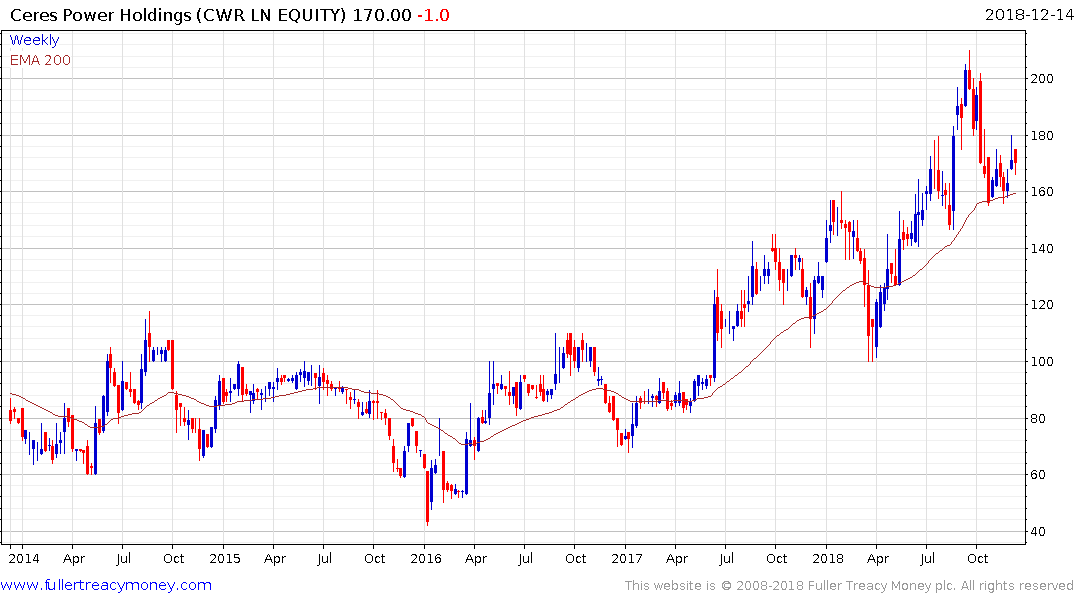 In the fuel cell business, UK listed Ceres Power is testing the region of its trend mean.