The Mexican company is reducing its shareholding as lawmakers prepare regulations to open up the oil industry to foreign investment for the first time since 1938. Pemex was “very disappointed” in Repsol’s performance, Chief Executive officer Emilio Lozoya said in an Oct. 31 interview. The stake “has returned zero” under the current administration, he told a congressional energy committee on Nov. 20.

The US Mexican Border is a political rather than geological boundary so it is reasonable to expect that the Mexican government has been looking on with envy at the surge in oil and gas production that has occurred in west Texas. This has been made possible through the innovation of wildcatters and private enterprise. By contrast national oil companies have been left scrambling to upgrade their knowhow. In tandem with a desire to reverse the country’s the production decline Mexico has strong reason to court private investment in its energy sector. 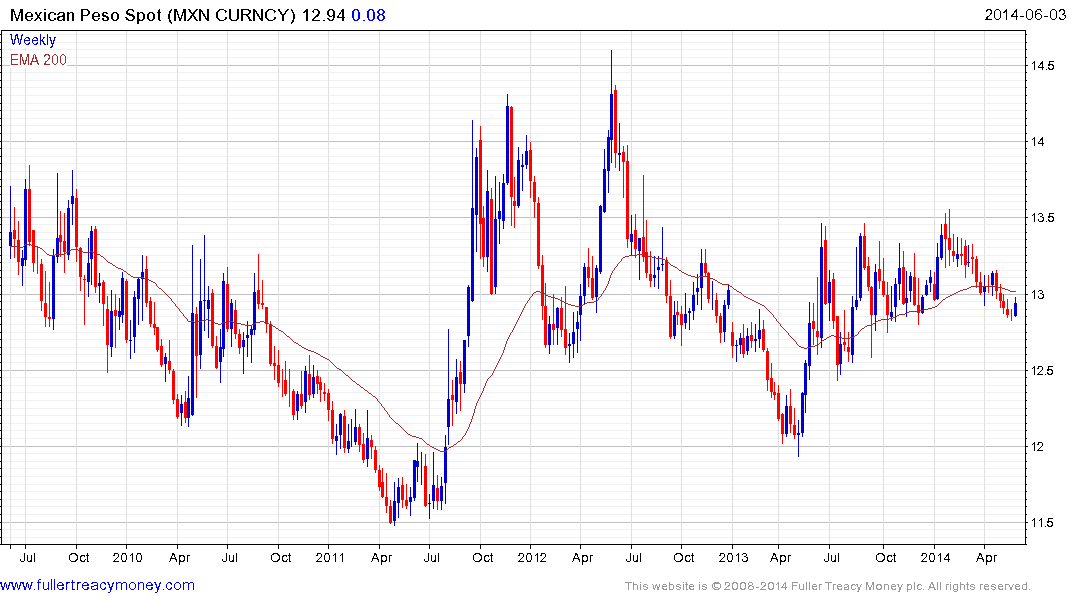 The raft of regulatory reforms introduced in the first few weeks of Pena Nieto’s government have helped insulate the Peso from the volatility that other commodity related currencies have been subject to over the last year. 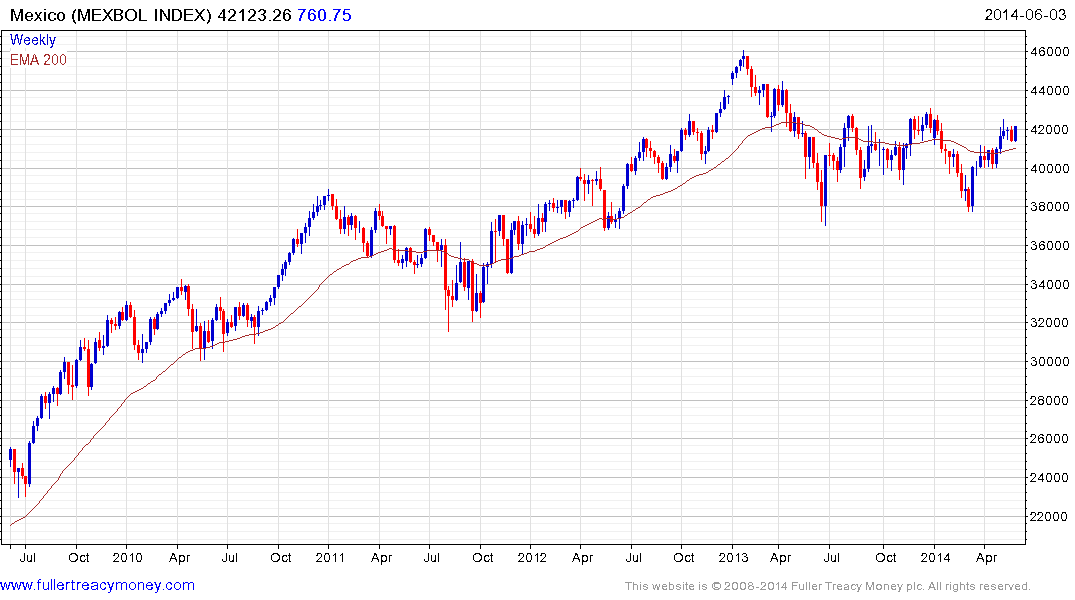 The Mexbol Index has been largely rangebound for much of the last year. Perhaps the most notable features of this congestion area are the emphatic upward dynamics evident on two occasions from the 37,000 area. These correspond with bullish trampolining, as taught at The Chart Seminar, and suggest that those who want to buy the index are eager to do so on pullbacks. A sustained move above 43,000 would confirm a return to demand dominance beyond the short term. The iShares Mexico ETF (EWW) has a relatively similar pattern.