OPEC has just decided a headline cut of 1.2 million b/d

We calculate that compared with October secondary sources in the OPEC report, the net OPEC cut from the 11 participating countries in the deal is 0.982 million b/d

The cartel will use secondary sources to monitor output reductions
Indonesia, Libya and Nigeria is not part of the deal

Since the cartel has distributed quotas to the different countries, have organized a monitoring committee and are using secondary sources, the deal is very bullish to the oil price 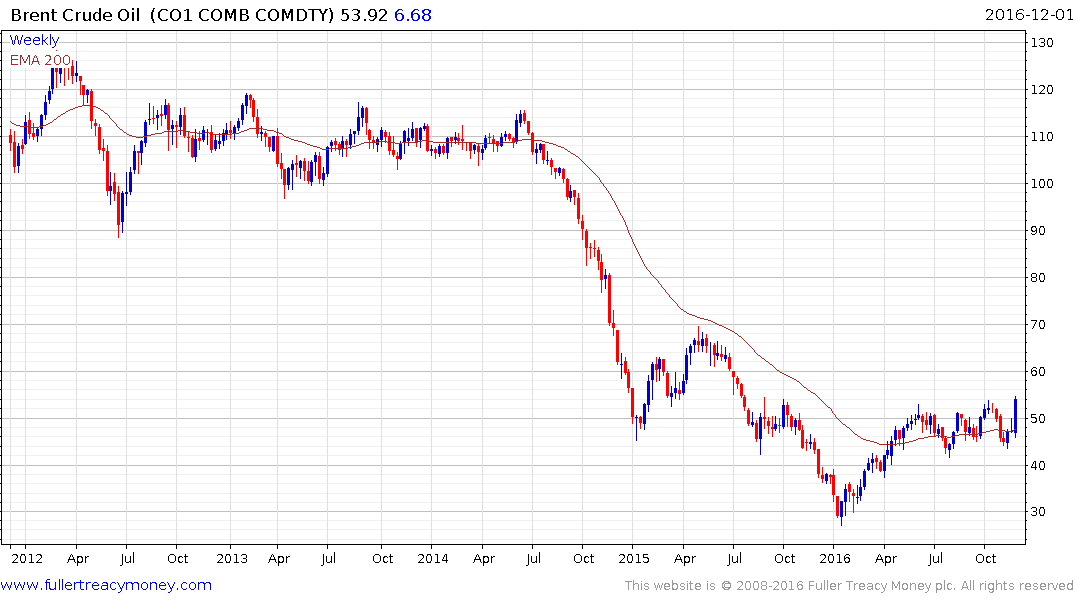 Brent crude oil hit a new recovery high today and upside follow through tomorrow would confirm a return to demand dominance beyond what has been an impressive two-day rally. Considering the fact that the price has been rangebound for the last six months the potential for a breakout that is outsized relative to the amplitude of the congestion area cannot be discounted. 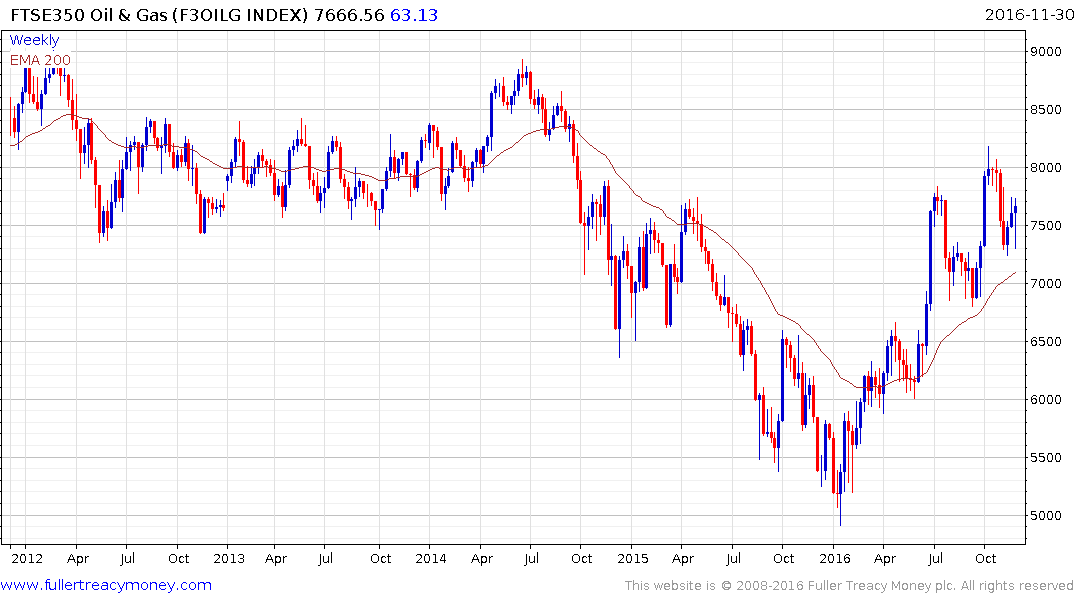 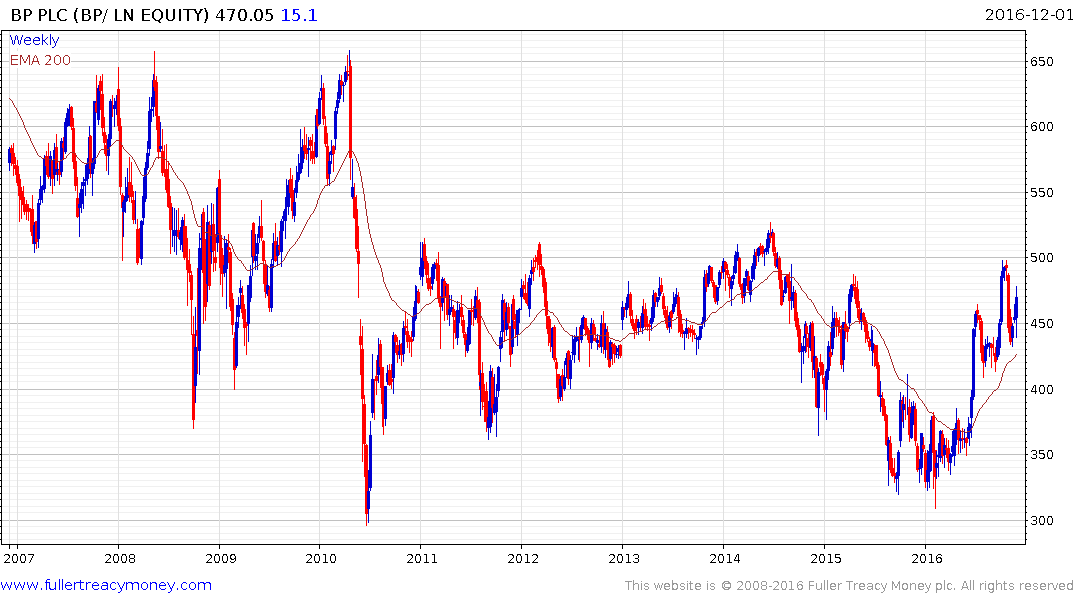 The FTSE-350 Oil & Gas Producers Index has held a progression of higher reaction lows all year and bounced again this week from the region of the trend mean. Royal Dutch Shell represents a combined weighting of 68% of the Index but BP is now rallying to test the upper side of a six-year base. 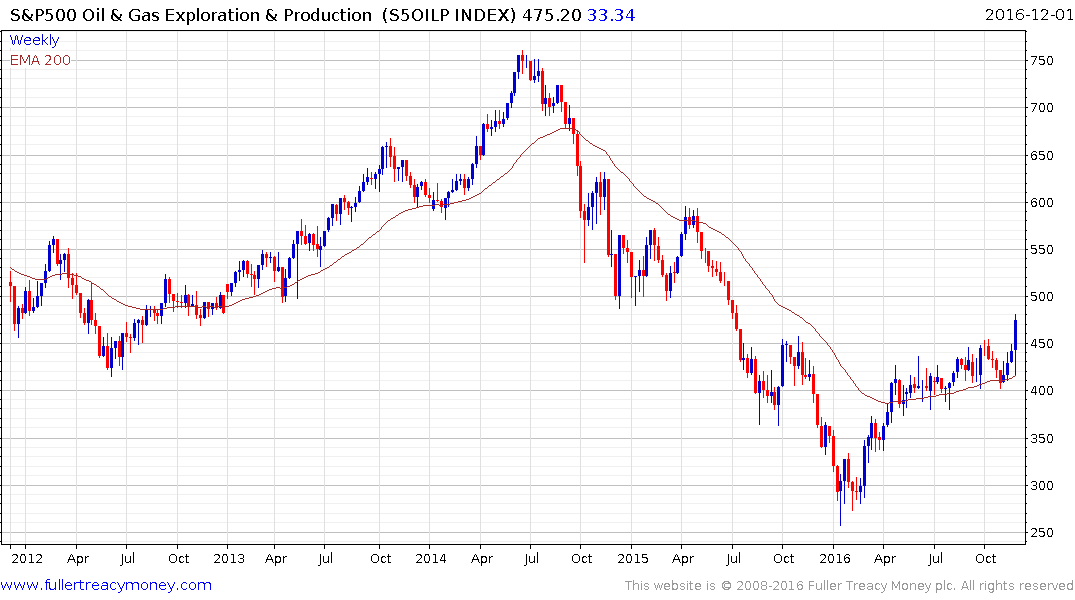 The S&P500 Oil & Gas Index trended consistently lower until early this year before rallying to break the progression of lower rally highs. This week’s clear upward dynamic, from the region of the trend mean, reasserted medium-term demand dominance. 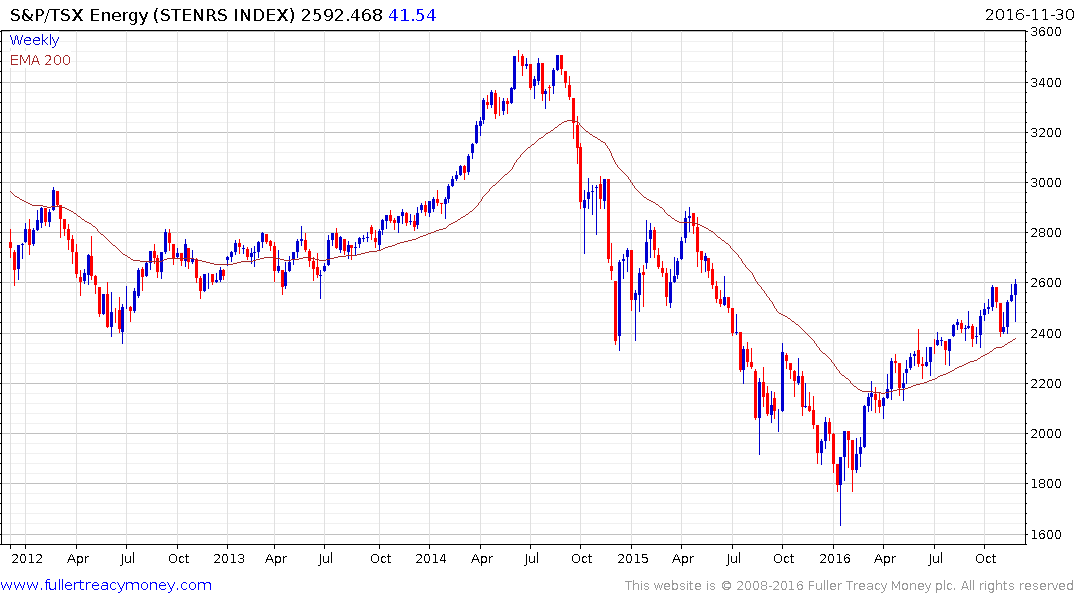 The S&P/TSX Oil & Gas Exploration and Production Index has a similar pattern. 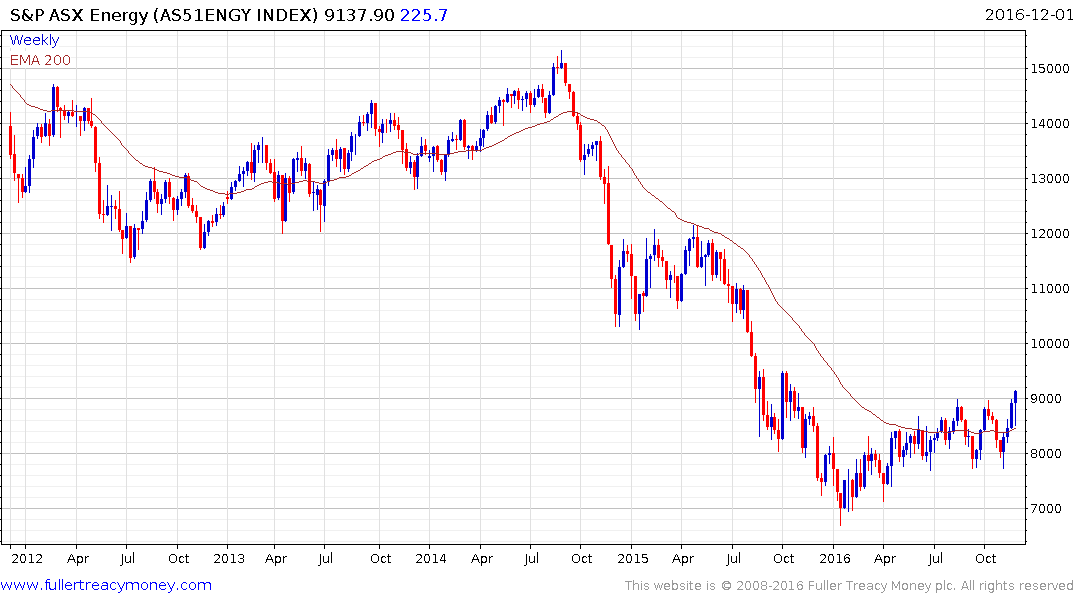 The S&P/ASX Energy Index has turned in a more muted performance so far this year but broke out to new recovery highs today. 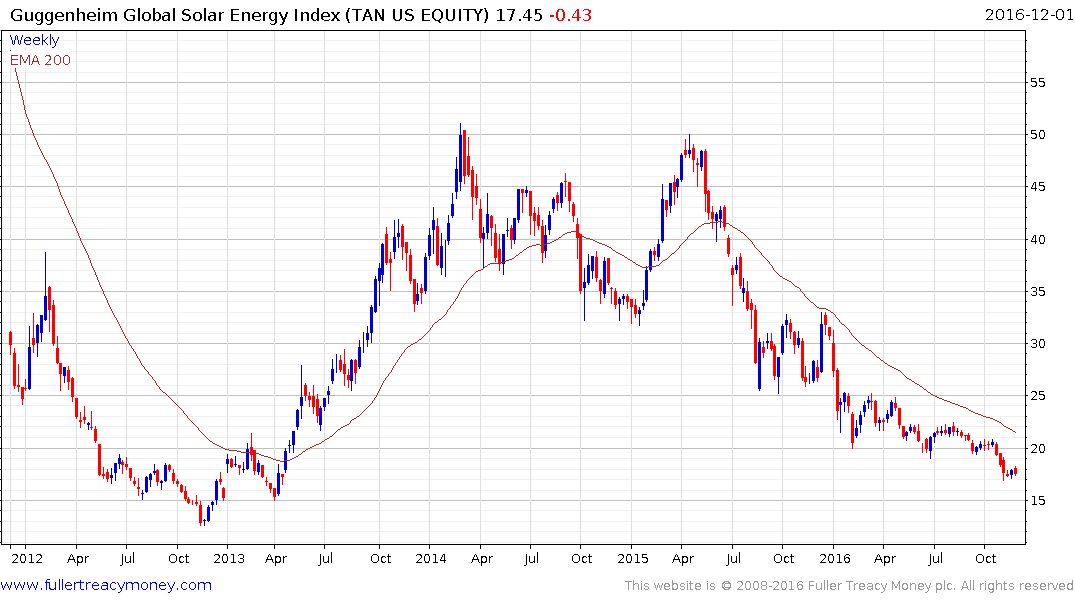 Meanwhile the price war between various solar cell manufacturers has broken the influence of oil on the sector’s share prices. The Guggenheim Solar ETF remains in a consistent medium-term downtrend.