OPEC, Allies to Extend Oil Cuts for Nine Months to End Glut
Comment of the Day

"The market seems to be a bit disappointed as there is no ‘something extra,’” said Jan Edelmann, a commodity analyst at HSH Nordbank AG. “It seems as though OPEC fears letting the stock-draw run too hot.”

The Organization of Petroleum Exporting Countries agreed in November to cut output by about 1.2 million barrels a day.

Eleven non-members joined the deal in December, bringing the total supply reduction to about 1.8 million. The curbs were intended to last six months from January, but confidence in the deal, which boosted prices as much as 20 percent, waned as inventories remained stubbornly high and U.S. output surged.

OPEC agreed earlier Thursday to prolong their own output cuts by nine months. Nigeria and Libya will remain exempt from making cuts and Iran, which was allowed to increase production under the original accord, retains the same output target, Kuwait’s Oil Minister Issam Almarzooq said after the meeting.

That deal gave the Islamic Republic room to increase output to a maximum of 3.797 million barrels a day.

The oil markets rallied ahead of today’s OPEC announcement on the expectation that the production cuts would be extended. The fact the announcement came in line with expectations has resulted in a clear “buy the rumour sell the news” response. Oil prices pulled back sharply today to confirm the progression of lower rally highs with a downside key day reversal. 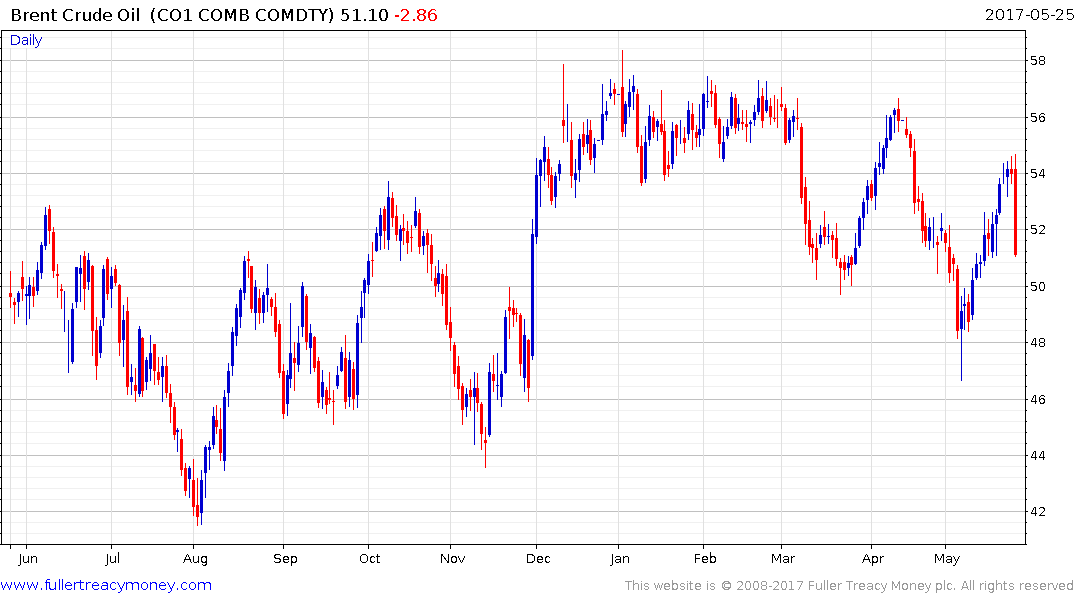 Our medium-term hypothesis has been that we could expect oil prices to range in a volatile manner for the foreseeable future and that it would be difficult for rallies to be sustained because US onshore unconventional supply is now an important global swing producer and is economical around $60. 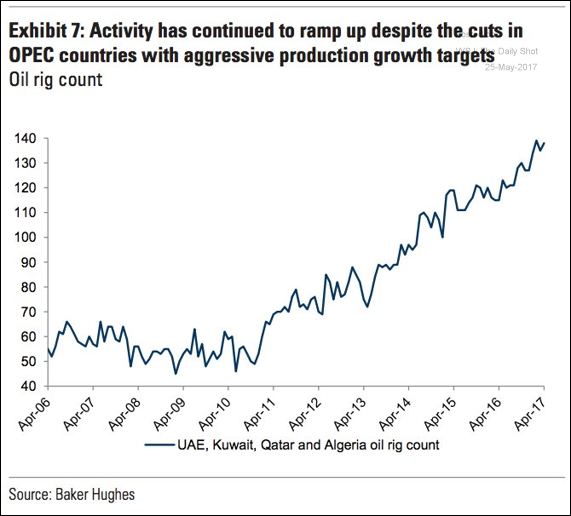 This chart from Baker Hughes also highlights that if drilling activity in OPEC is picking up the pace of cheating on the announced production cuts could also increase and depress prices further.