"Gasoline production is outstripping demand by more than 500,000 barrels a day." Stockpiles of distillate fuel, a category that includes diesel and heating oil, surged 4.06 million barrels, the most since January.

"Crude supplies are down a little, but it doesn’t change the overall picture," Finlon said. "They remain at historic highs for this time of the year."

Efforts led by Saudi Arabia to knock higher cost competitors out of the market have been partially successful with the result US production has decreased while the fire in Alberta has been an additional headwind for Canadian supply. However economic growth has yet to be spurred by this development with the result stockpiles are higher than might otherwise have been expected. 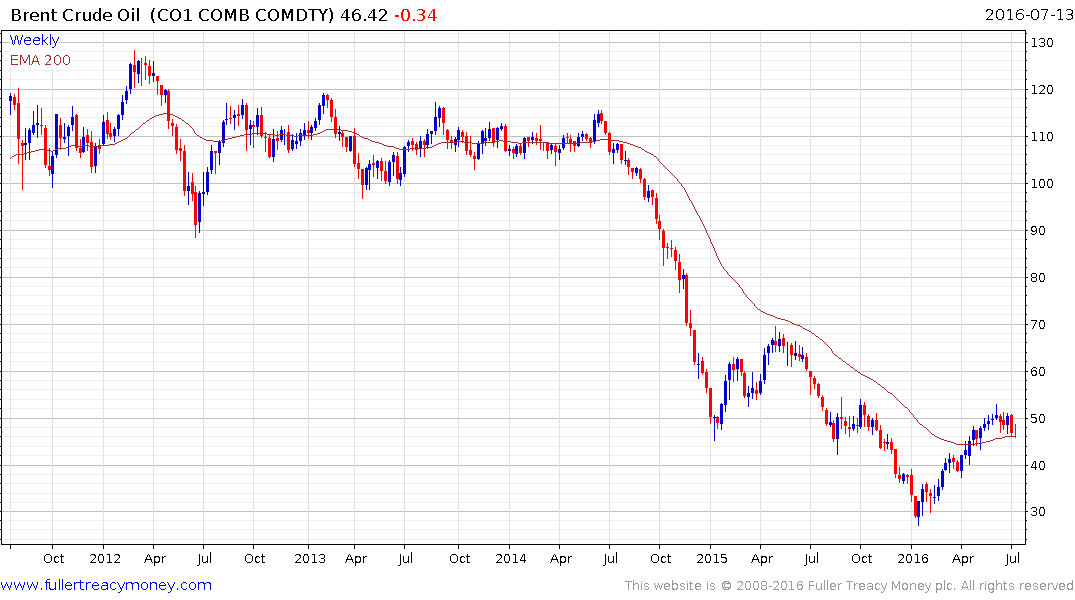 Oil prices have staged an impressive reversionary rally since the January low but every Dollar rally increases the potential for marginal suppliers to breakeven and/or to hedge future production at economic levels. The pause in the region of $50 has been longer and deeper than any within the six-month uptrend and there are increasing signs oil prices are rolling over into a deeper corrective phase. A sustained move below the trend mean near $46 would confirm that view. 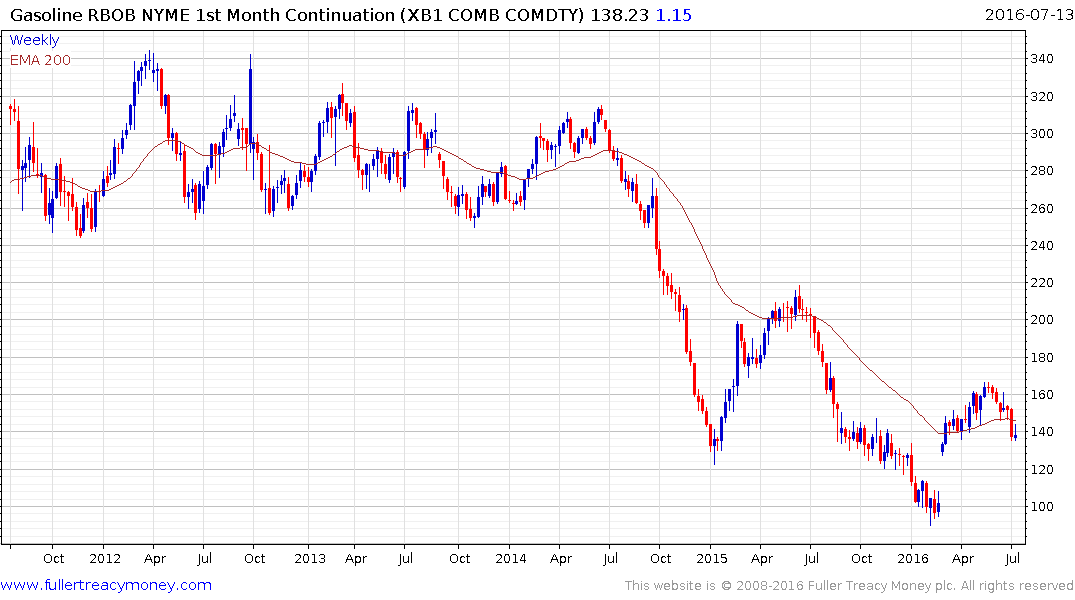 Gasoline prices have been more volatile than Brent Crude and have now fallen to break the progression of higher reaction lows and encountered resistance in the region of the trend mean today.

Saudi Arabia’s desire for lower prices to regain its influence on the market will only be successful if they continue to pump at a record pace so that prices do not return to economic levels for marginal producers. With the market relatively balanced at current levels, any wavering in that resolve is likely to be counterproductive. In fact it might be in their interests to see prices trade lower for a time in order to stoke further bankruptcies in the sector.