The additional supply reduction would take the kingdom’s production down to levels not seen on a sustained basis since 2014, according to data compiled by Bloomberg.

After the announcement, Prince Abdulaziz predicted that Saudi Aramco, which just completed an IPO at a valuation of $1.7 trillion, would soon soar above the $2 trillion. The kingdom plans to pump 9.7 million barrels a day, he said. That’s a reduction of about 300,000 barrels a day from its output in November and 100,000 below the year-to-date average, according to data compiled by Bloomberg.

There was always a risk that Saudi Arabia would attempt to massage energy prices in order to get the valuation for Saudi Aramco they desired. The IPO priced yesterday at $1.7 trillion which will represent a $25 billion windfall for the kingdom. If the price pops on the upside following the IPO that will give a windfall to the large numbers of domestic investors, many connected to the ruling class, who invested in the IPO. That is obviously a desirable outcome from a domestic perspective for Saudi Arabia. 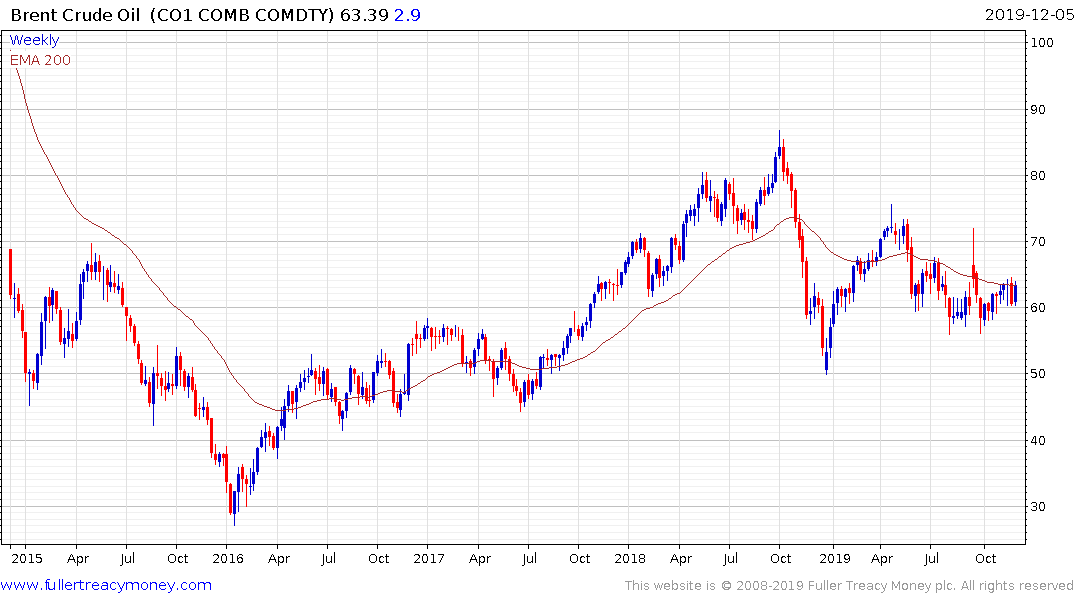 Brent crude is now back testing the region of the trend mean. It will need to sustain a move above $65 to confirm a return to demand dominance. 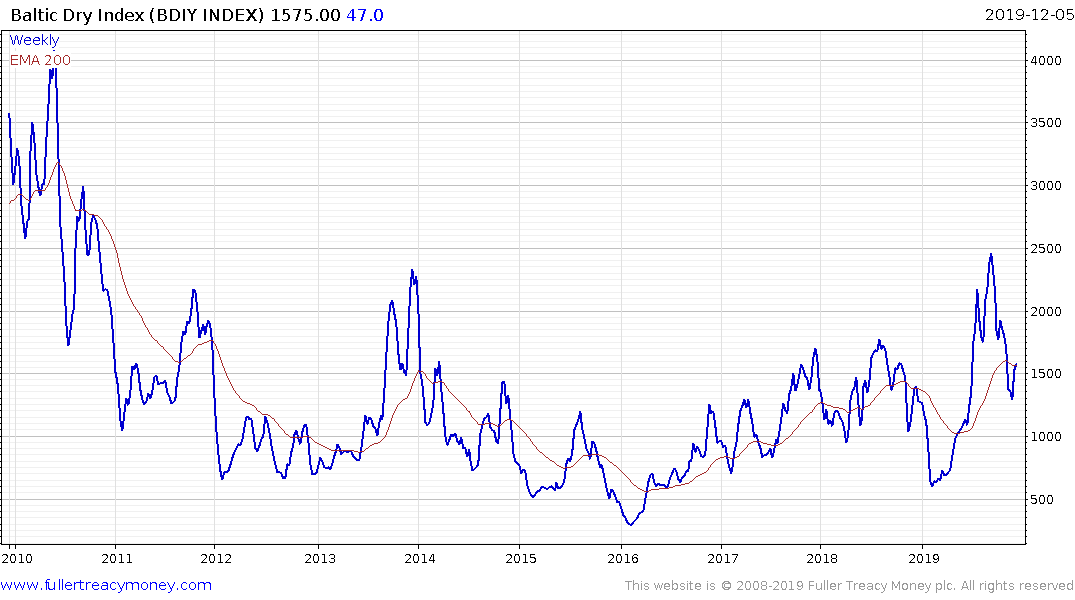 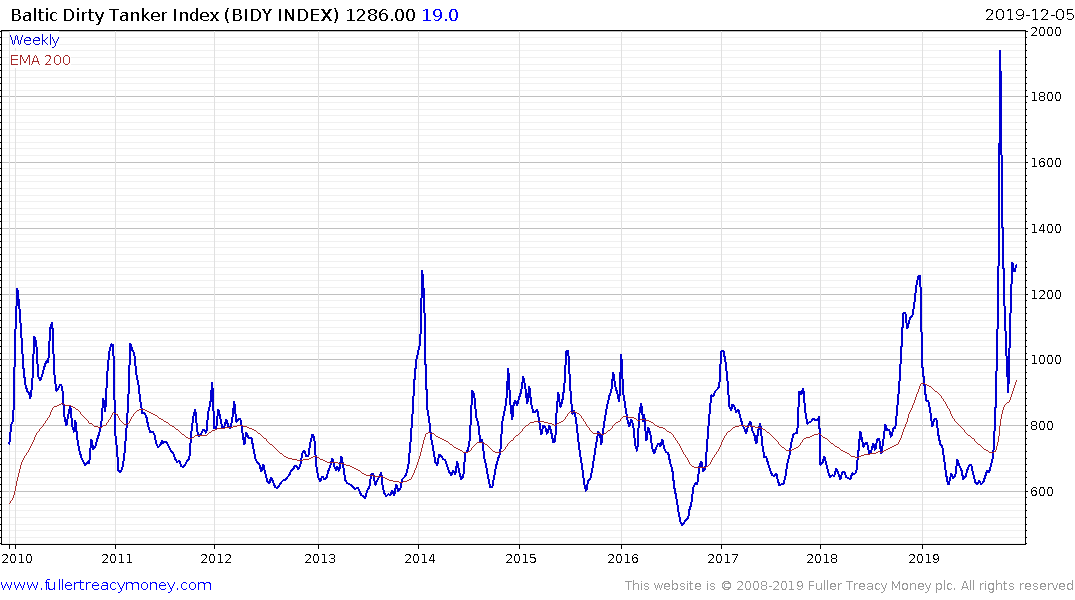 The impending IMO2020 rules on shipping emissions come into effect in January. That is the most likely explanation behind the strength in dry goods and tanker shipping rates. 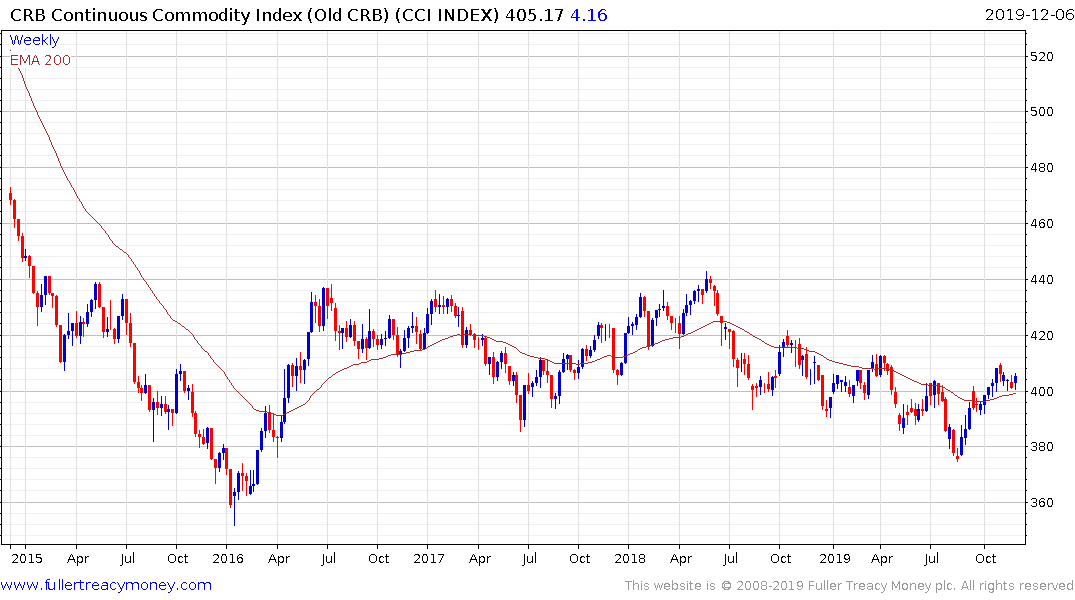 Meanwhile the unweighted Continuous Commodity Index has broken a more than yearlong downtrend and is firming from the region of the trend mean. 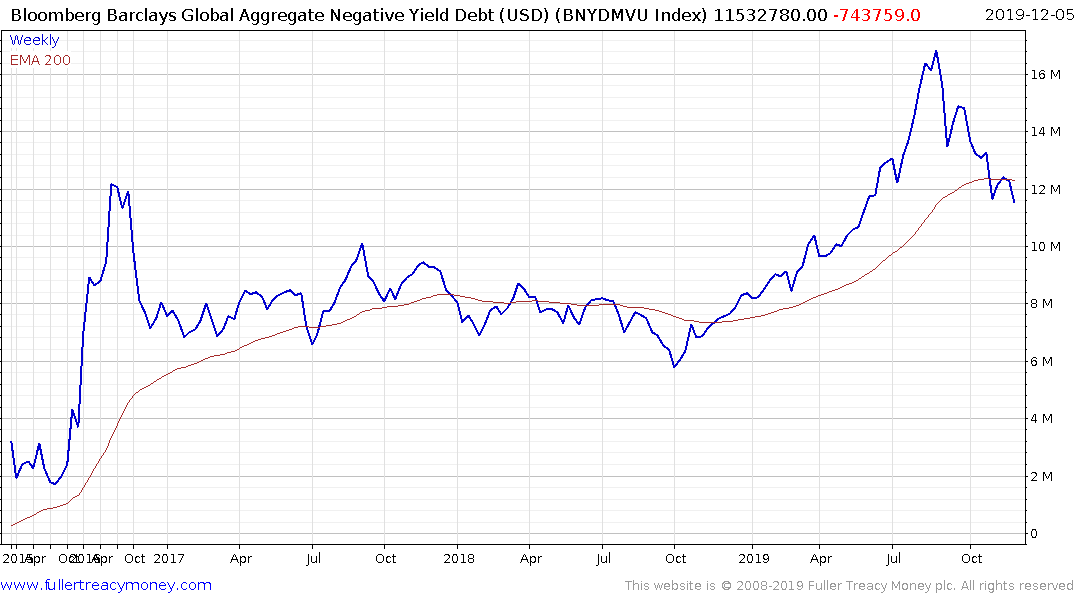 The face value of bonds with negative yields has contracted from a peak of $17 trillion in August to $11.5 trillion at present suggesting the momentum move in fixed income is well and truly over. 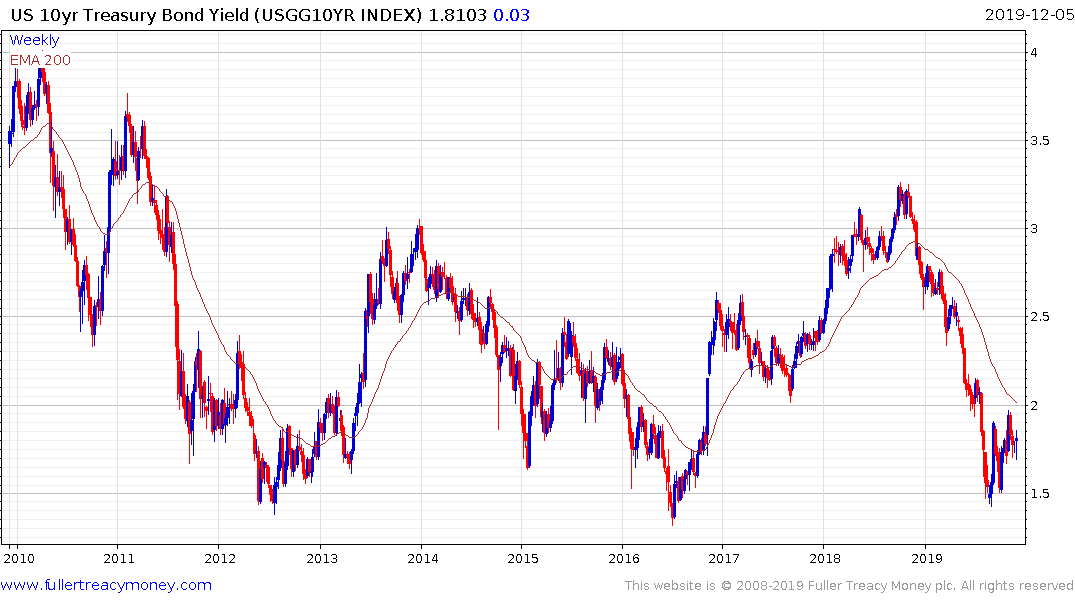 10-year Treasury yields continue to firm from the psychological 1.5% level.

The clear takeaway from these charts is inflationary pressures are rising. That is consistent with late cycle activity and supports the view cyclicals are likely to outperform.