Futures gained 1.2% in New York, amid assaults on the world’s chief crude exporter. State-owned Saudi Aramco halted operations in the area after the strike on two pumping stations, which was claimed by Iran-backed rebels from neighboring Yemen. The attack followed damage to four oil tankers anchored off the United Arab Emirates on Sunday.

The intensification of sanctions on Iran risked retaliation among the country’s proxies across the Middle East with Yemen being a good example. It is almost inevitable that Hizballah will now also rachet up activity as well.

Attacks on Saudi energy infrastructure are a sure-fire way to grab the attention of energy investors and Brent Crude steadied from the $70, which coincides with the region of the trend mean.

The bigger picture is the crude oil futures curve is still in backwardation and Russia has followed through on its commitment to limit supply in line with OPEC. 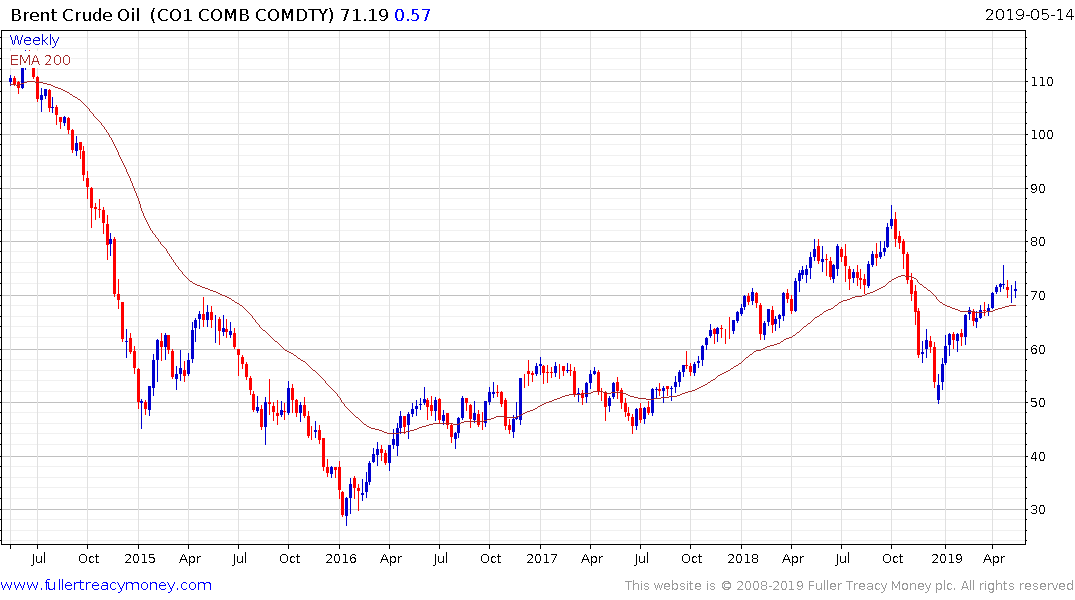 One-month pauses have been part of the consistency of the trend up from the December low so the benefit of the doubt can be given to the upside provided the recent lows in the region of the trend mean hold.