“Oil has gotten caught up in all the panic you’re seeing,” said Bill O’Grady, chief market strategist at Confluence Investment Management LLC in St. Louis. “This is all about fears of a recession. It’s risk-off everywhere.”

A U.S. government report Monday forecast surging shale-oil production, adding to worries about a glut. In Moscow, Russian Energy Minister Alexander Novak said production is rising, although the country is preparing to implement output curbs to conform with an OPEC+ accord.

Crude’s mired in a bear market amid growing skepticism that cuts by the Organization of Petroleum Exporting Countries and its allies will be deep enough to prevent a surplus in 2019. The group’s efforts to balance the market have been undermined by the relentless growth in U.S. shale, which veteran crude trader Andy Hall said is making it harder to predict global supplies.

It’s all well and good to talk about the relentless growth of US shale but West Texas Intermediate at $46 is uneconomic for a substantial proportion of shale drillers. The response is going to be less drilling as soon as any hedges on supply run off. That is the great strength of unconventional wells. They are more capital intensive to bring online but their supply is elastic because continuous drilling is required to sustain production after initial prolific period. That give companies the ability to more closely match supply to demand than conventional wells. 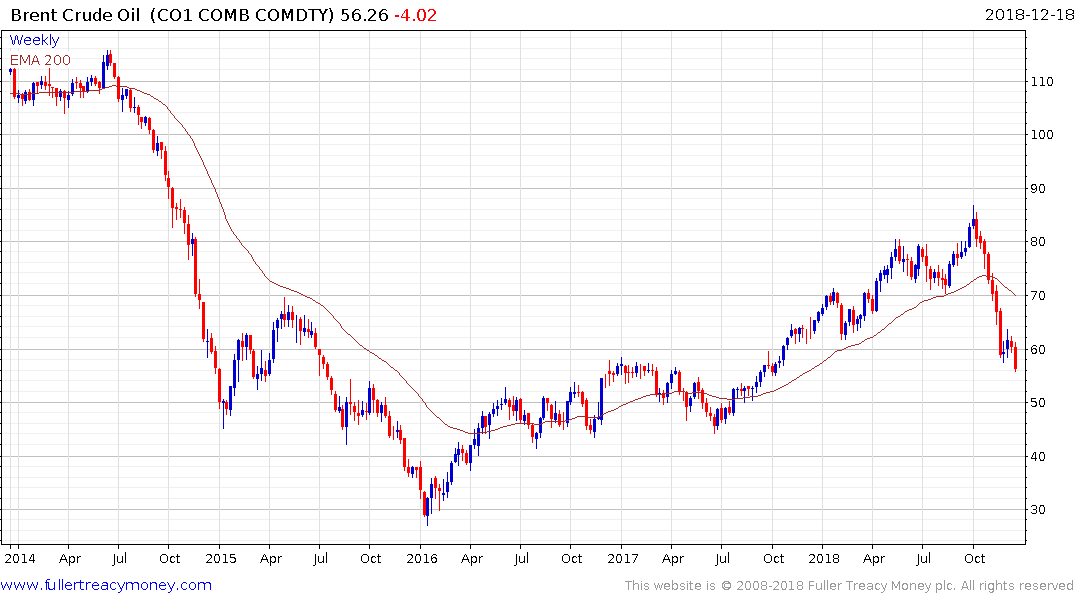 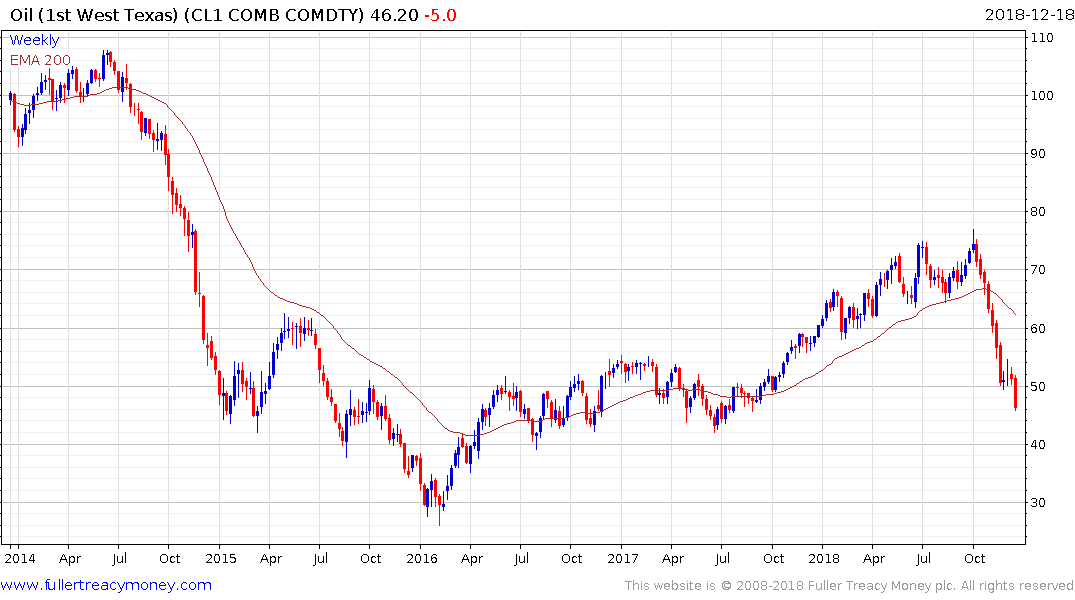 Crude oil is in a secular bear market. The one thing we did not have a clear answer for was at what price sufficient supply would come to market to overcome demand. The answer for WTI is $75 and for Brent it is around $80. The lower side of the range is between $30 and $40 for both WTI and Brent. Producers that cannot prosper within those bands will eventually be excised from the market. 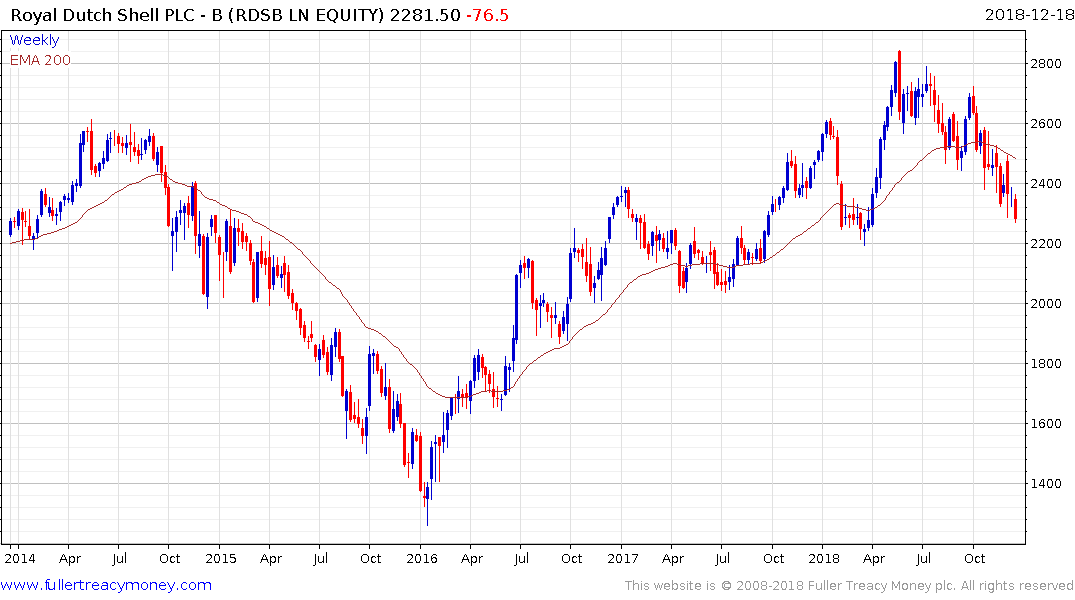 Royal Dutch Shell encountered resistance in the region of the trend mean in earlier this month and is now back testing the region of the sequence of higher reaction lows. It will need to hold the 2200p level if continued upside is to be given the benefit of the doubt.