U.S. gas traded at $4.391 per million British thermal units on Louisiana’s Henry Hub by 5:21 p.m. London time. Northeast Asian LNG for delivery in four to eight weeks cost $13.50 a million Btu in the week to May 19, according to assessments by World Gas Intelligence. U.K. front-month gas, a regional benchmark, was at 44.51 pence a therm ($7.48 a million Btu) on ICE Futures Europe.

Sanchez Gestido is returning to Noble after leaving “about a year ago when a decision was made that the business wasn’t ready for this initiative,” Griffiths said. Cheniere Energy Inc. will start exporting LNG in the first quarter of 2016, Jean Abiteboul, president of Cheniere Supply & Marketing Inc., said on May 19 in Amsterdam. The Houston-based company’s Sabine Pass terminal is the first to win full approval for U.S. exports from the Federal Energy Regulatory Commission since ConocoPhillips’s Alaskan Kenai plant in 1967. There were 14 more U.S. export terminals proposed to FERC as of May 21.

Cheniere will charge 115 percent of Henry Hub prices plus $3.50 a million Btu in liquefaction fees, and estimates shipping costs of $1 per million Btu for Europe to $3 for Asia, according to an April presentation on the company’s website.

The global market for LNG remains on a growth trajectory as ambivalence towards coal is unlikely to moderate anytime soon. A great deal of additional supply from the USA, Australia and Africa is set to come online in the next decade which will help allay the liquidity fears potential consumers may have towards the market.

Based on the above figures, US exports will probably be more competitive in Asia supplies than Europe. Meanwhile China will be a less attractive market than other countries following its agreement with Russia. As gas markets become more fungible there is potential for US prices to appreciate somewhat while Asian prices should contract somewhat. 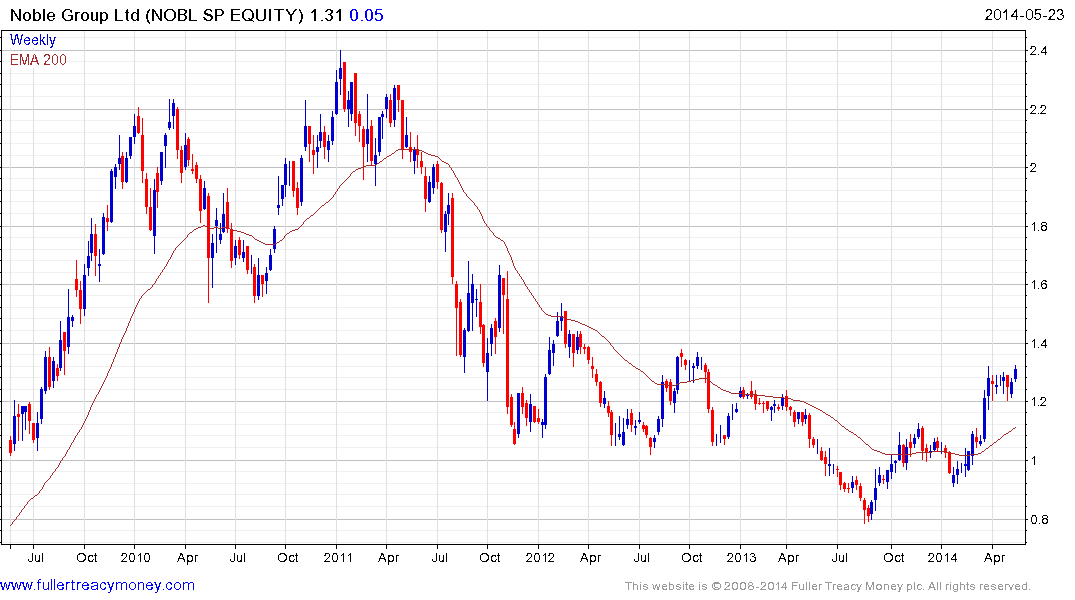 At a talk to the Technical Analysis Society of Singapore earlier this year I discussed the outlook for Noble Energy (Est P/E 13.24, DY 0.87%) being reasonably positive considering that it has posted its first higher reaction low in three years and that commodity markets were turning upwards. The share has since broken its progression of lower rally highs and a sustained move below the 200-day MA would be required to question medium-term recovery potential. 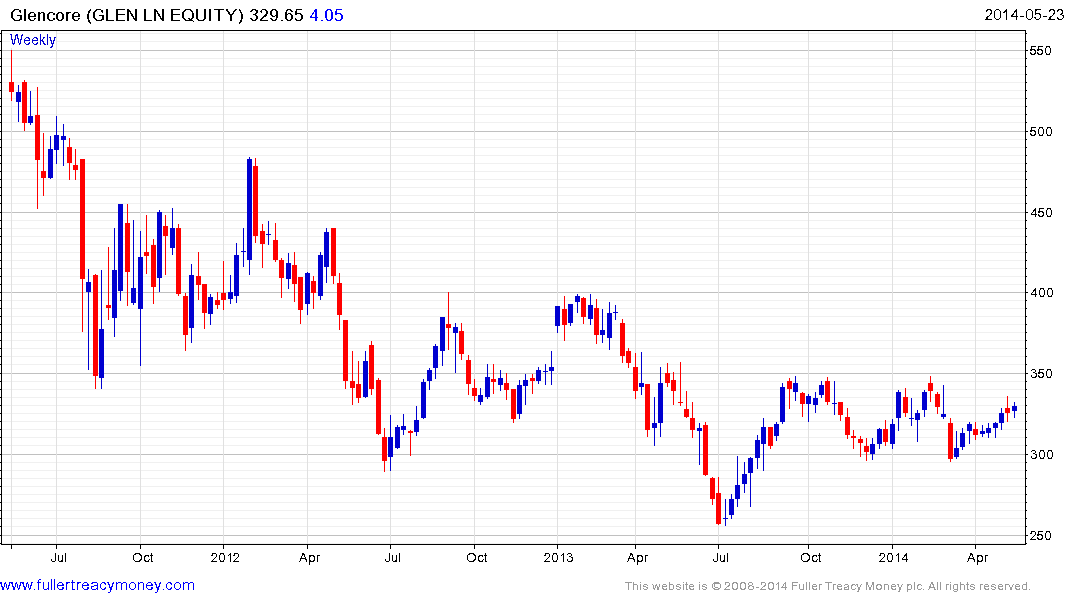 Elswhere in the resources sector, UK listed Glencore (Est P/E 14.48, DY 2.11%) is currently testing the progression of lower rally highs evident since its IPO and a sustained move above 350p would confirm a return to demand dominance beyond the short term. 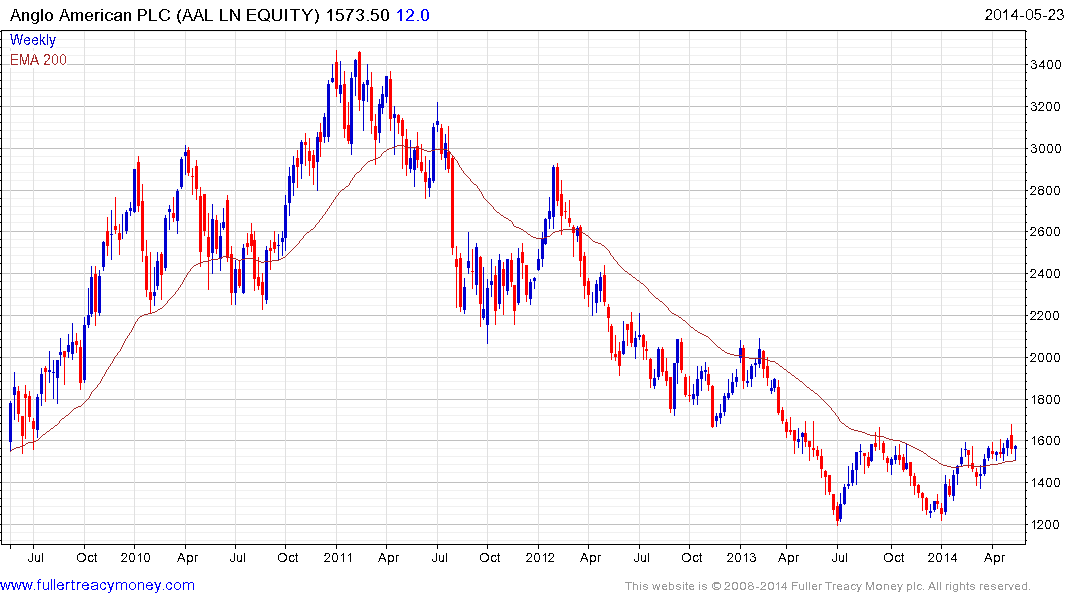 Anglo American (Est P/E 13.24, DY 3.7%) has been trading above the 200-day MA for longer than at any time since early 2011 and a sustained move below the psychological 1500p would be required to question potential for additional upside.