March gas traded 28 cents above the April contract, narrowing from 82.5 cents yesterday. Concern that stockpiles would tumble before the end of the heating season sent the March premium to a record $1.208 on Feb. 20.

The narrowing spread and support for April contracts shows “the fundamentals are still relatively constructive” for gas prices in the coming months, Viswanath said.

Gas consumers in the East can expect “unrelenting cold” in the north-central states over the next five days, said MDA in Gaithersburg, Maryland. The National Weather Service has issued wind-chill advisories from Montana to Minnesota and Indiana. The combination of cold air and wind may make temperatures feel like minus 35 degrees Fahrenheit (minus 37 Celsius).

Below-normal readings will sweep most of the lower 48 states through March 6 before moderating heading into mid-March, while the West Coast will be unusually mild, MDA said.

The surge in demand for natural gas exposed how tight the market had become following years of depressed pricing. An additional consideration anyone with a long position in futures will be aware of is that natural gas trades on monthly contracts. As the expiry approaches traders need to decide whether to roll the position forward or to take profits.

The front month has pulled back sharply over the last two days but the 2nd month has been a little less volatile and is now testing the region of the progression of higher reaction lows. Since expectations are for more cold weather next week, some traders will probably be looking on this as an entry opportunity in what remains a very volatile market. 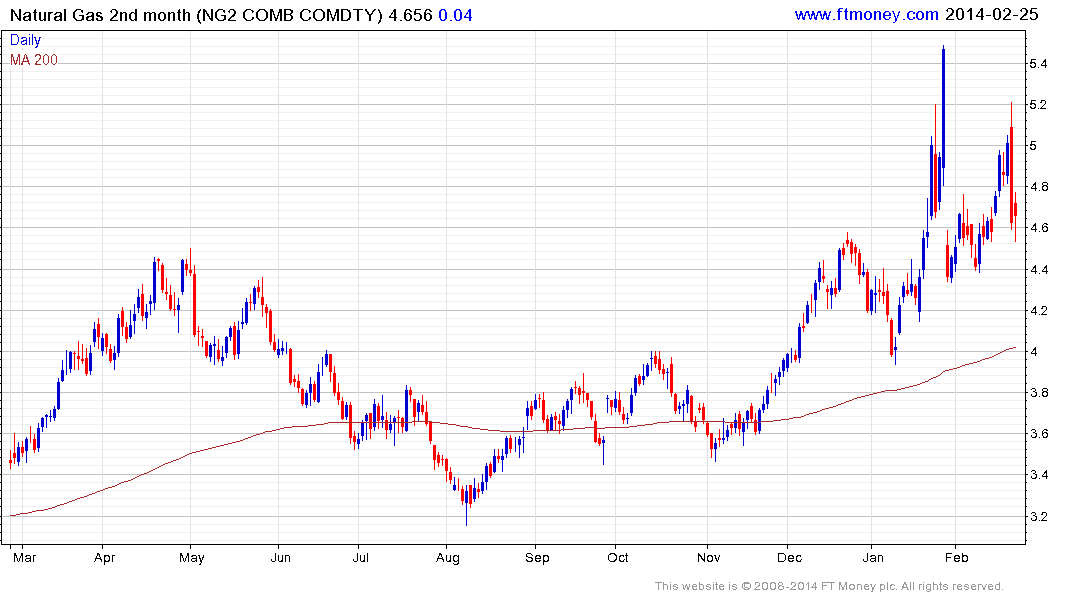 A number of companies engaged in natural gas and oil drilling found support in the last couple of weeks in the region of their respective 200-day MAs. EOG Resources and Noble Energy are examples. Rex Energy has pulled back to the region of the MA and upper side of the underlying range. 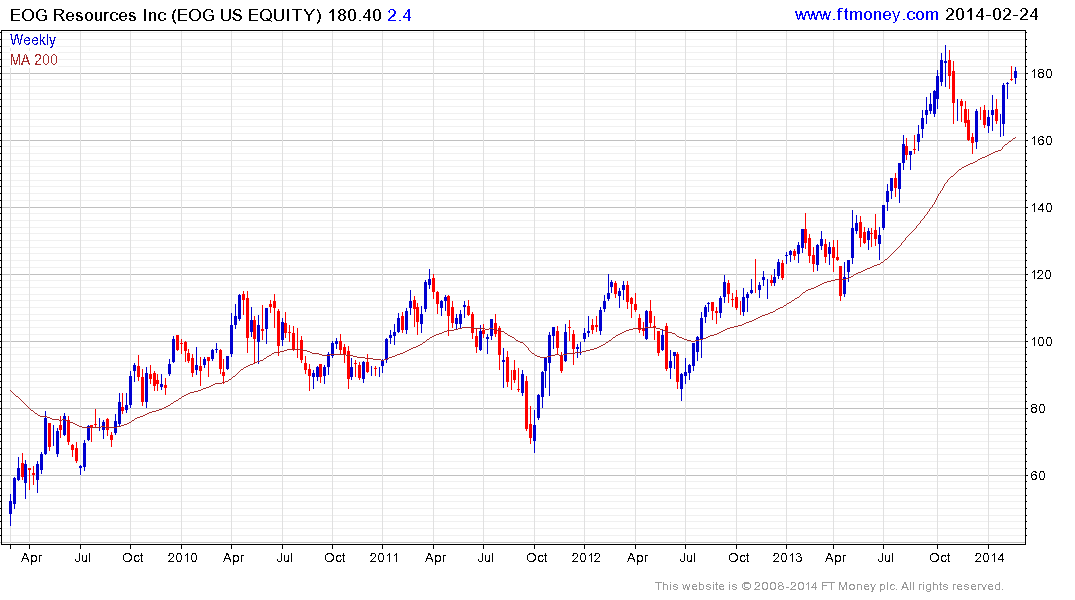 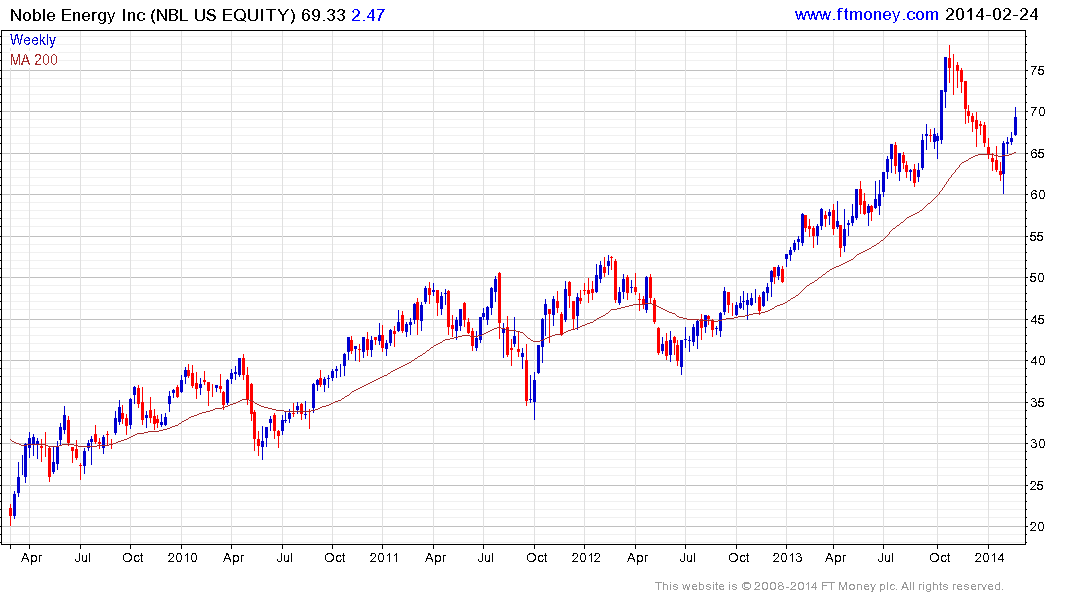 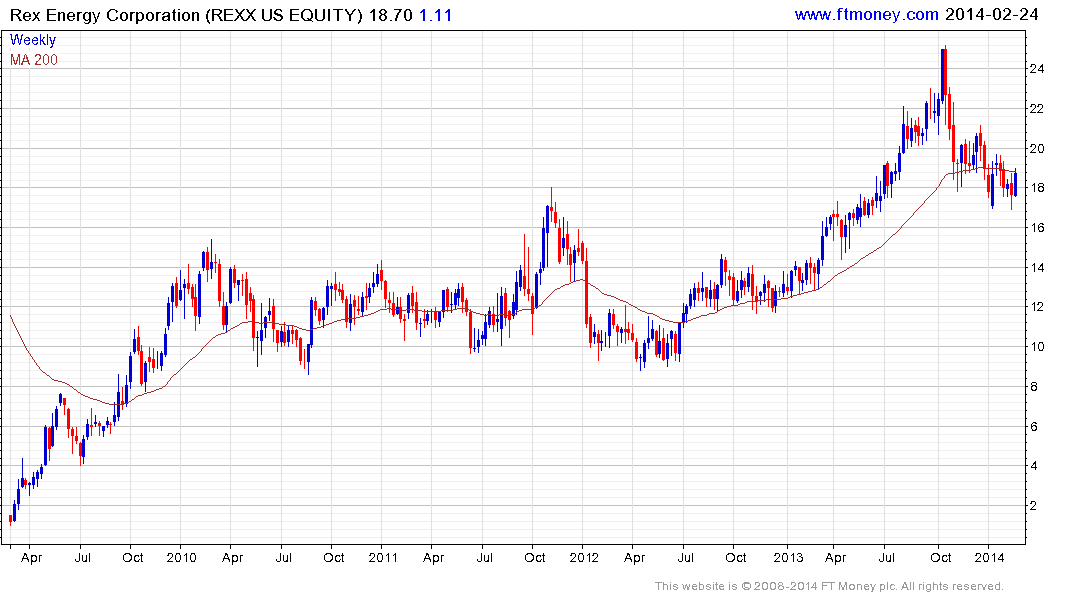